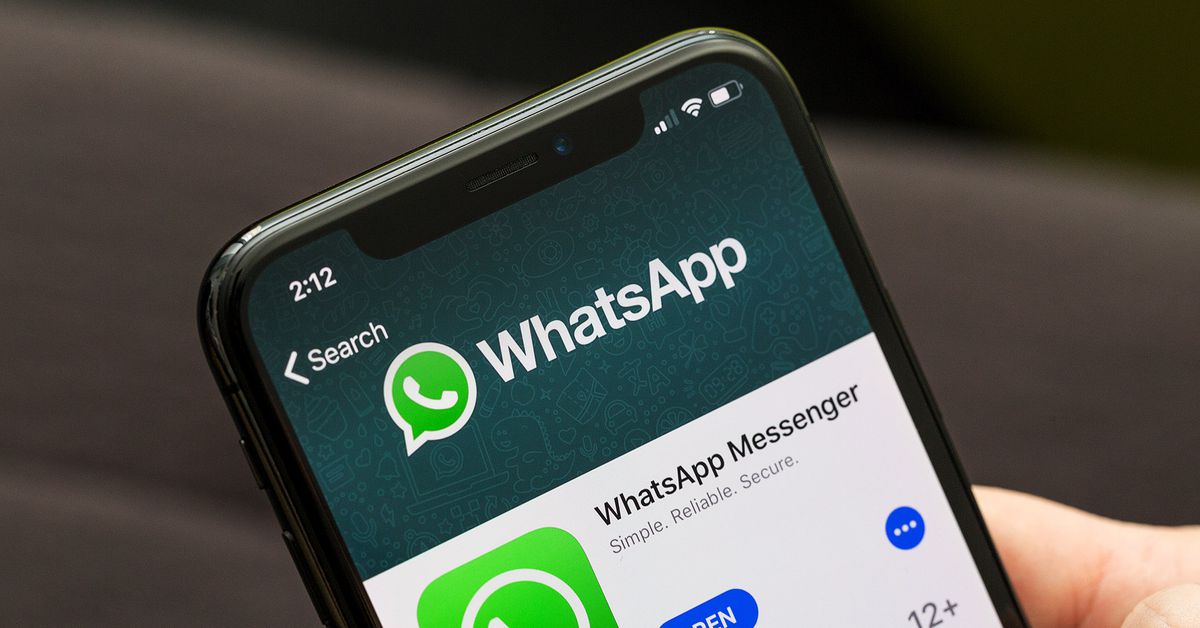 Facebook is “backing away” from earlier plans to sell ads for placement inside its enormously popular WhatsApp messaging service. According to The Wall Street Journal, the team that had been working on building ads into WhatsApp was disbanded in recent months, with their work subsequently “deleted from WhatsApp’s code.”

The Journal notes that Facebook still ultimately aims to integrate ads into WhatsApp’s Status feature, but for now, the app will remain ad-free. The company’s desire to monetize WhatsApp, which it acquired for $22 billion in 2014, is part of what drove WhatsApp co-founder Jan Koum out of Facebook in 2018. His fellow co-founder Brian Acton left months earlier (over similar clashes related to privacy and targeted advertising) and has been a vocal critic of Facebook’s unchecked power since his departure.

The advertising setback has led Facebook to instead focus on WhatsApp features that will “allow businesses to communicate with customers and organize those contacts.” Koum and Acton were reportedly concerned that a commercial messaging feature would force WhatsApp to weaken its end-to-end encryption.

But this was all before Facebook CEO Mark Zuckerberg announced plans last year to gradually shift away from public posts in favor of a unified, encrypted messaging system across Facebook, WhatsApp, and Instagram. As the company is now discovering, bringing ads to an encrypted service comes with challenges.

Beyond the D.J. in the Lobby: How Resorts Cater to the...

England Will Return to the Soccer Field. Scotland Won’t.

This Summer May Change the N.B.A. Forever

From The Strategist: The 29 Best Small-Apartment Organization Ideas