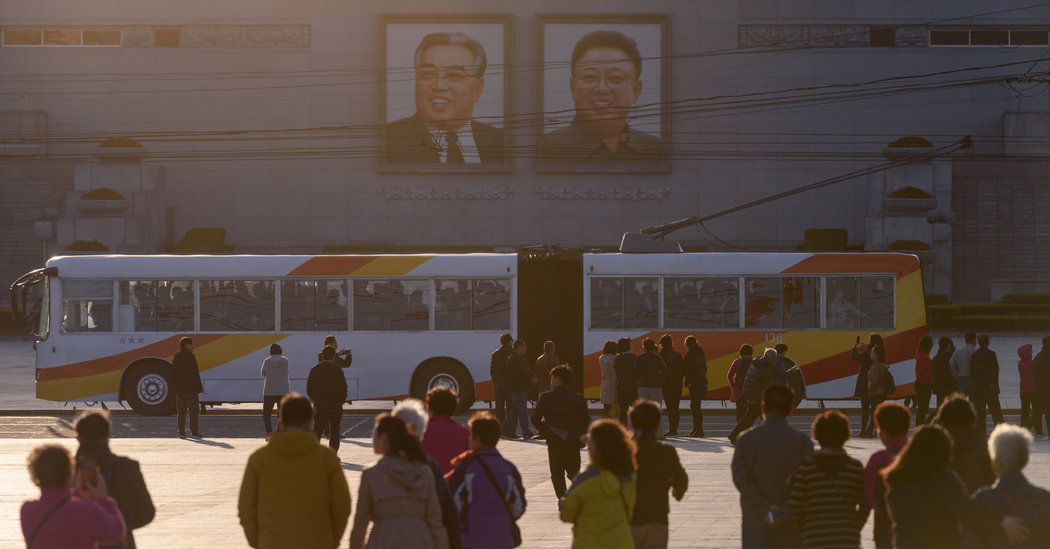 SEOUL, South Korea — North Korea has temporarily banned foreign tourists as a protection against the mysterious virus from China that has killed at least six people and sickened nearly 300, a leading tour operator reported on Tuesday.

The operator, Young Pioneer Tours, which specializes in taking tourists from China to North Korea, said on its website that the country was closing its border to foreign ​tourists starting on Wednesday. Practically all foreign tours to North Korea come through China and the vast majority of tourists are Chinese.

Simon Cockerell, general manager of Koryo Tours, which also takes tourists to North Korea, said his company had been told that “action was being considered” by the North Korean authorities to prevent the spread of the virus. “We have been informed that we will be told more information in the morning,” he said Tuesday night.

The virus has been spreading rapidly from the central Chinese city of Wuhan. That is bad news for North Korea, where Chinese tourists have become an increasingly important source of cash for the country, hobbled by international sanctions. ​

Tourism is one of the few North Korean industries not covered by the sanctions, which have been imposed by the United Nations Security Council and the United States in response to the North’s nuclear weapons and missile programs.

North Korea’s leader, Kim Jong-un, recently declared that his country no longer expected a breakthrough in deadlocked negotiations with Washington over how to denuclearize his country and ease or end the sanctions. Mr. Kim said his country would therefore strengthen its economy without relief from the sanctions, and boosting tourism is a key part of that strategy.

To attract foreign tourists, North Korea has recently completed or is building seafront resorts or ski and spa complexes.

The number of Chinese tourists to North Korea has been rapidly rising since​ President Xi Jinping of China visited Pyongyang​ last June. ​ China has gone along with Security Council sanctions on North Korea in recent years but does not want the Communist government in Pyongyang to collapse.

Every Character John Ratzenberger Has Played In A Pixar Movie, Including...

Singapore Seemed to Have Coronavirus Under Control, Until Cases Doubled

Dyson 360 Heurist: How this robotic vacuum stands out from the...

Mortar Strikes Kill at Least 20 at Livestock Auction in Afghanistan

Coronavirus Deaths Are So Far Mostly Older Men, Many With Previous...