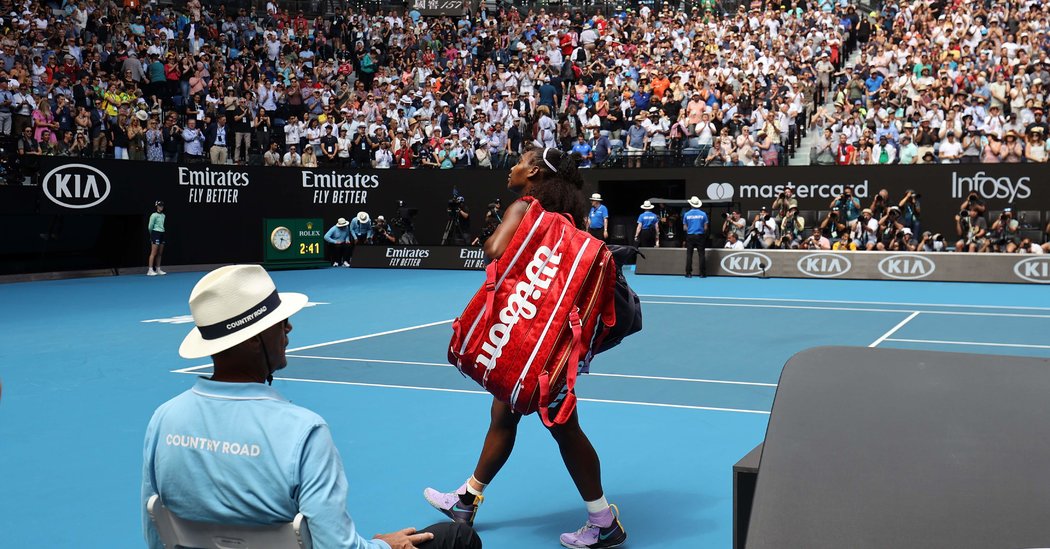 MELBOURNE, Australia — After a fraught lead-up to the Australian Open, with concerns about the tournament’s ability to handle Melbourne’s worsened air quality because of nearby bushfires, the first four days of play offered clear air and straightforward matches that let the top women breathe easy.

For the first time at a Grand Slam since Wimbledon 2009, the top 10 seeds in women’s singles all reached the third round, a surprising success given the tumult atop the women’s game in recent years. And they did so with little turbulence, dropping only one set between them.

That stability quickly crumbled. Six of the top 10 seeds lost third round matches on Friday and Saturday, including several leading contenders. Nearly all lost against opponents they would have been expected to easily dismiss, and several with lopsided scorelines, clearing paths for several new and resurgent faces to contend for the first Grand Slam title of the decade.

The exits of Williams, Osaka, and Caroline Wozniacki from the same quarter of the draw already guaranteed by Friday that there would be a first-time major semifinalist here several rounds in advance: The winner of Gauff’s fourth-round match against the 14th-seeded Sofia Kenin will face the winner of the fourth round between Wang and 78th-ranked Ons Jabeur in the quarterfinals.

No. 10 Madison Keys, who was in strong form after reaching the final at the prestigious WTA lead-up event in Brisbane, rounded out the top-10 losses on Friday, falling 6-4, 6-4 to 22nd-seeded Maria Sakkari.

Saturday featured third round matches from the bottom half of the draw, and began with the elimination of the highest seed on that side of the bracket. Second-seeded Karolina Pliskova fell 7-6(4), 7-6(3) Saturday afternoon to 30th-seeded Anastasia Pavlyuchenkova, against whom she had won all six previous meetings, only dropping one set.

While Pliskova acknowledged it was a “quite big upset” for her to lose to Pavlyuchenkova, she insisted it was part and parcel of the parity in women’s tennis.

“As I said two million times before, it’s very open,” Pliskova said. “I think it just depends on the mood that day, and of course the lower-ranked players are always going to try to play the best tennis — which they do. They have nothing to lose.”

Sixth-seeded Belinda Bencic took the hardest loss of all the high-ranked players, drubbed 6-0, 6-1 by the 28th-seeded Anett Kontaveit in just 49 minutes. Kontaveit, an aggressive Estonian, began the match playing nearly untouchable tennis, hitting 15 winners and just two unforced errors as she swept the first nine games of the match and left Bencic helpless.

In the night session, fifth-seeded Elina Svitolina was routed 6-1, 6-2 by unseeded Garbiñe Muguruza, against whom she was 6-2 previously.

Muguruza, a two-time Grand Slam winner ranked 32nd after a two-year slump, narrowly missed being seeded, but began her tournament inauspiciously, struggling with an illness and losing the first set of her opening round 6-0 to Shelby Rogers before rallying for an 0-6, 6-1, 6-0 victory.

“Even if you’re not feeling great, there’s always a chance there,” Muguruza said on Saturday. “You just have to find your way. I’m pleased with my fighting spirit and accepting many situations that are not on your side sometimes.”

“I know at this level everything can happen,” Halep said on Saturday after beating Yulia Putintseva 6-1, 6-4. “That’s why sometimes I’m a little bit stressed; sometimes I’m relaxed.”

Barty is the only one of those four who had been among oddsmakers’ top four pretournament favorites, along with Williams, Osaka, and Pliskova. Barty next faces a steep test in the fourth round against the 18th-seeded Alison Riske of Pittsburgh, who knocked Barty out in the same round of Wimbledon last July.

Muguruza next faces ninth-seeded Kiki Bertens, who avoided upset and also avoided facing any top-70 players in the first three rounds to reach the fourth round at a hardcourt Grand Slam for the first time.

“My draw was pretty good — you have to be honest with that, as well,” Bertens said. “But still you need to do it.”

Venezuela’s Maduro, Used to Crises, Faces His Toughest One Yet

Tom Hanks Quotes A League Of Their Own In Coronavirus Update

In Paris, Cafe Terraces Are an Environmental Battleground

For U.S. Women, a Narrow Victory and a Growing Divide

Why These Australia Fires Are Like Nothing We’ve Seen Before