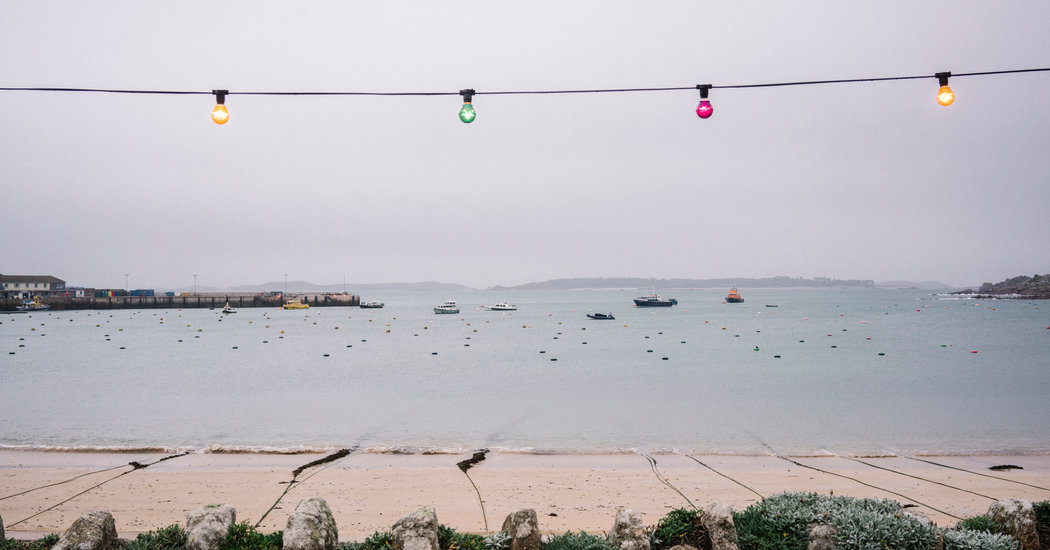 LONDON — Every six months or so, Alan Davis sets out from his seaside bungalow on a far-flung island off the southwestern coast of England carrying a rent check of 12.5 pounds (about $16) for his landlord.

Mr. Davis lives on a tiny corner of the Duchy of Cornwall, the property empire controlled by Prince Charles, the heir to Britain’s throne, who has quietly turned an inheritance of rundown farmland into a billion-pound real estate conglomerate. By a quirk of British law, Mr. Davis has to pay the prince for the privilege of living on his land, piddling as the checks may be.

“It’s a feudal way of carrying on,” Mr. Davis said. “They put their finger in and demand money. They’re a law unto themselves.”

Prince Charles’s fortune, long shielded from scrutiny by parliamentary indifference and obscure accounting, spilled into public view this month when his younger son, Prince Harry, announced that he and his wife, Meghan, were quitting their royal duties. In trying to prove that they would renounce taxpayer money, Harry and Meghan gave Britons a peek at the shadowy world of ostensibly private finance that bankrolls the family and its mansions, gardens and considerable staff.

But what the royals call private contains, by any other measure, a generous mix of public giveaways: medieval landholdings passed from one male heir to the next, sweeping tax relief, indemnity from some laws and exemptions from others, ownership of long stretches of coastline and all the treasure buried in Cornwall.

Those perks have delivered Prince Charles substantial wealth. Income from the duchy has nearly tripled in two decades, to £21.6 million, about $28.3 million, last year. But the uproar over Harry and Meghan’s funding has raised uncomfortable questions for the prince and the royals about whether any of their income can truly be considered private.

Coming on the heels of Prince Charles’s brother Andrew being kicked off the royal front lines for socializing with the disgraced financier Jeffrey Epstein, such scrutiny is another dent to the royal mystique.

“Harry has chucked a grenade into the forecourt of Buckingham Palace,” said David McClure, the author of a book about the royal family’s wealth. “It’s weakened the foundations of the royal family and their money, and it’s raised issues that don’t just apply to Harry but have been bubbling under the surface for at least a decade.”

Among the biggest of those is the special treatment afforded Prince Charles’s property empire, an estate that, among other things, pays for the upkeep of his country mansion and furnished £5 million last year for the families of Harry and his older brother, Prince William.

Formed in 1337 to provide the royal heir with an income, the duchy came with fringe benefits: the right to unclaimed shipwrecks on Cornish shores, washed-up whale and sturgeon carcasses, and at least 250 gallons of wine from boats docking at Cornish ports.

Nearly 700 years later, Prince Charles has held onto some anachronistic perks. Into his 20s, the prince is said to have received feudal dues of 100 silver shillings and a pound of peppercorns from the mayor of Launceston in Cornwall.

But with the help of British real estate heavyweights, he has transformed his sleepy holdings into a thriving business covering 200 square miles, turning the focus from rural land to profit-rich urban holdings.

The duchy has a vast footprint, stretching from the rocky shores of Cornwall to south London, and from medieval castles to a granite-walled men’s prison. It recently bought a 400,000-square-foot supermarket warehouse north of London.

A spokeswoman for the duchy said in a statement that Parliament had “confirmed its status as a private estate” and that the Treasury had agreed that its tax status did not confer an unfair advantage. “The prince has always ensured it is run with the interests of its communities as an equal priority,” the statement said.

The duchy’s holdings reflect how the royal family’s wealth has become concentrated in the hands of Prince Charles and his mother, Queen Elizabeth II, whose own estate, the Duchy of Lancaster, paid her £21.7 million last year. Together, the two duchies bankroll more than a dozen members of the family, supplementing a taxpayer grant of £82 million last year reserved for official duties and the upkeep of several palaces.

Despite lawmakers once deeming its current income “an accident of history,” the Duchy of Cornwall has mostly avoided harsh questions, in part by playing up its interest in traditional architecture and sustainable practices across its humbler holdings: scores of farms, much of Dartmoor National Park in Devon and rivers throughout Cornwall. But analysts say that obscures fierce commercial instincts.

But the duchy does not pay taxes like a corporation. Instead it sits in a sort of legal limbo, using its royal status to skirt corporation and capital gains taxes even as it argues that, as a private estate, it has no obligation to open its books. The duchy said that its capital gains were all reinvested in the business, obviating the need to tax them, and that only companies paid corporation tax.

Prince Charles pays tax on his duchy income only voluntarily, and after deducting what analysts believe to be about £10 million that he deems official and charitable spending. He has also written off tens of thousands of pounds that he pays for gardening at Highgrove, his country house, on the basis that members of the public were occasionally invited in.

“The Duchy of Cornwall can be whatever it’s convenient for it to be,” said John Kirkhope, who wrote a doctoral thesis about the duchy in 2013. “If you want to inquire into its privileges, you can’t, because it’s supposedly a private estate, in the same way I have a private bank account. But when it’s convenient, it’s also a crown property, so that for example it doesn’t pay the same rate of tax as any similar entity would pay.”

The duchy’s powers go even further.

It inherits the possessions of anyone who dies in Cornwall without a will or next of kin, a power that in some years has yielded hundreds of thousands of pounds. The duchy funnels the money into charities after deducting its own costs.

The duchy owns the right to mine in Cornwall, even under private homes — a right that it registered to extend as recently as eight years ago.

Most extraordinarily in critics’ eyes, the duchy has the right to be consulted on any legislation that affects its interests. Over the years, governments have interpreted that to include bills about hunting, road safety, children’s rights, marine access and wreck removal. A 2008 planning law exempts the duchy from ever committing a planning offense.

A similar carve-out gives Prince Charles unusual power over homeowners on the Isles of Scilly, a picturesque archipelago off the southwestern coast of England, and in Newton St. Loe, a village near Bath.

People like Mr. Davis own their homes there, but the duchy owns the ground on which they are built. Such an arrangement is not uncommon in England, but homeowners would usually have the option to buy the land. Not on some duchy land.

That enables the duchy to charge small ground rents to homeowners grandfathered into long leases, like Mr. Davis. Once those leases lapse, it can also raise rents to thousands of pounds per year, making it difficult for people to sell or mortgage their homes.

In one case, a couple built a house on the Isles of Scilly, only to have the duchy force them to sign a lease bequeathing the property to Prince Charles’s estate upon their death, said Lord Berkeley, a Labour peer in the House of Lords.

“They set up an arrangement where tenants are too frightened to do anything, for fear of losing their property,” said Lord Berkeley, who tried unsuccessfully to push through a bill in 2017 ending the duchy’s special landlord status and removing its tax exemptions. “In what we like to think of as a democratic country, that doesn’t seem fair to me.”

The duchy said the prince paid rent, at market value, to avoid the duchy taking on costs it shouldn’t. Still, he is effectively paying it to himself — and allowing himself to take a tax deduction.

“He pays money out from one pocket and receives it back in the other pocket,” Mr. Kirkhope said.

Polls show that the public is dubious of government funding for anyone outside the core line of succession. And Harry and Meghan’s departure has intensified the focus on how and why the public pays for the royals’ lifestyle.

Palace aides have indicated that Prince Charles may dip into his personal investments, rather than the Duchy of Cornwall, to fund Harry and Meghan’s lives in Canada. But that and much else remains unresolved, including how long British taxpayers will pay for the couple’s security.

Mr. Davis says that among people on the Isles of Scilly around where he lives and pays his rent to the duchy, the mood has hardened against Prince Charles.

“They hate him basically,” Mr. Davis said. “Most people can’t abide him. All the money he gets goes out of the island. And that’s how he can afford to give Harry £2.3 million to live his lifestyle.”

Iceland’s ‘Test Everyone’ Goal Has Skeptics, but It May Be Working

5 Angel Has Fallen Things That Don't Make Any Sense

Inside-Out: 8 Cool, Random Things You Might Not Have Noticed From...

Apple is experiencing a shortage of replacement iPhones due to coronavirus