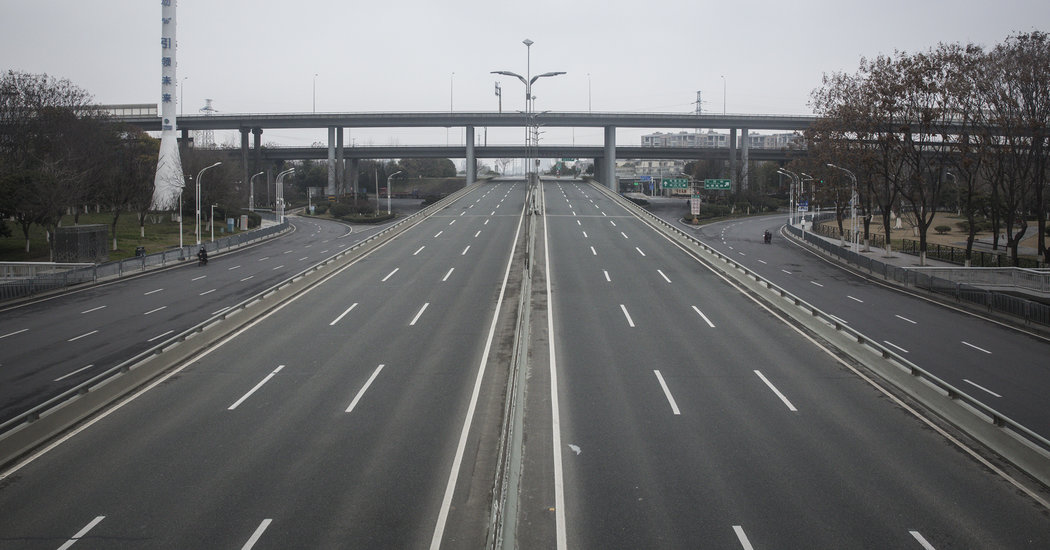 Recently, when Andy Miao takes the train to work in Sydney, he has noticed other people’s disapproving looks if he does not wear a face mask. Although he does not have the coronavirus, Mr. Miao, who is of Chinese heritage and grew up in Australia, knows it’s because of one reason: his ethnicity.

“It makes people like me who are very, very Australian feel like outsiders,” said Mr. Miao, 24, who returned from a trip to China earlier this month and has since seen jokes degrading Chinese people. “It’s definitely invoking a lot of past racial stereotypes.”

But as the World Health Organization declared a global health emergency after the virus spread to countries including Australia, he is worried about an outbreak of misinformation, panic and xenophobia.

The virus has killed more than 200 people, with nearly 10,000 cases reported, though in Australia there are just a handful of cases, and health officials have said that the risk of catching it for many Australians is low.

Still, universities have delayed exams, face masks — used only weeks ago against bush-fire smoke — are a common sight, and the government plans to evacuate Australians from the epicenter of the outbreak in China.

Other responses here in Australia, where the relationship with China is contentious, have taken a more xenophobic bent.

Some far-right lawmakers polled their followers, asking if Australians should ban Chinese people temporarily from the country. A newspaper in Victoria, The Herald Sun, called the coronavirus a “Chinese Virus” on its front page, prompting over 40,000 people to sign a petition demanding an apology. On social media, fake announcements are warning people away from Chinese-populated areas, and memes are making light of early reports that the virus jumped from wild animals to humans.

“Racism feeds on fear and anxiety,” said Tim Soutphommasane, a former race-discrimination commissioner and now a professor at the University of Sydney. While the virus originated in China, “viral diseases don’t have ethnic, racial or national characteristics,” he said, adding that the misinformation was “alarming.”

On Wednesday, the government said that it planned to evacuate Australians citizens from the province to Christmas Island, an Australian territory 2,000 miles away from the mainland, to be quarantined for 14 days.

But many questioned the implications of using Christmas Island, where refugees and asylum seekers have been held, instead of military bases on the mainland.

It was not an “appropriate” place to quarantine people, Dr. Tony Bartone, president of the Australian Medical Association, said in a television news interview. Faced with the decision, many Australians are opting to stay behind in lockdown.

Some of the rhetoric has been reminiscent of a time when Chinese people were purposely excluded from the country. “You could read a similar article in the goldfields in 1860s Victoria,” said Jon Piccini, a lecturer in history at the Australian Catholic University.

As scientists race to develop a vaccine, the virus is likely to continue to spread. Many wonder if it will further perpetuate stereotypes — the same ones that once prompted Australia to ban nonwhites from calling the country home.

Mr. Miao said he did not blame people for being ignorant, though he added, “I don’t think it’s very fair.”

Have you noticed or been affected by the fear around the coronavirus? Write to me at [email protected]

You can read more of our coverage here, or follow our correspondent Chris Buckley, who is reporting from Wuhan, on Twitter.

Now, on to stories from the week.

And Over to You …

Last week, I wrote about the experience of learning to swim as an adult and asked you to share your places of refuge in nature.

“I go to the Seaview Dunes, which is a remote area on the Pacific Coast in South-West Washington, just north of the mouth of the Columbia River. One hundred miles from Portland, and there’s a lot of real — but ocean-less — forest in between.

Why all the way to the dunes? If you go into the dunes, there are just no people in there. It’s quiet, except for the Pacific Ocean. The sound of the ocean is there all the time, day and night. The ocean never sleeps. I walk to the water. The water runs to meet you. You can touch it. It’s thousands of miles to the next shore.

Sometimes, at night, the stars come down to the horizon almost all the way around. But I never go in the water there either. Just back into the dunes.”

Enjoying the Australia Letter? Sign up here or forward to a friend.

For more Australia coverage and discussion, start your day with your local Morning Briefing and join us in our Facebook group.

The Great Wonders Beyond the Great Reef

The PlayStation 5’s design is being relentlessly mocked on Twitter

A low-maintenance garden at an Italian hillside villa

The First Pick in the N.H.L. Draft Goes to … TBD

A Lucky Country Says Goodbye to the World’s Longest Boom