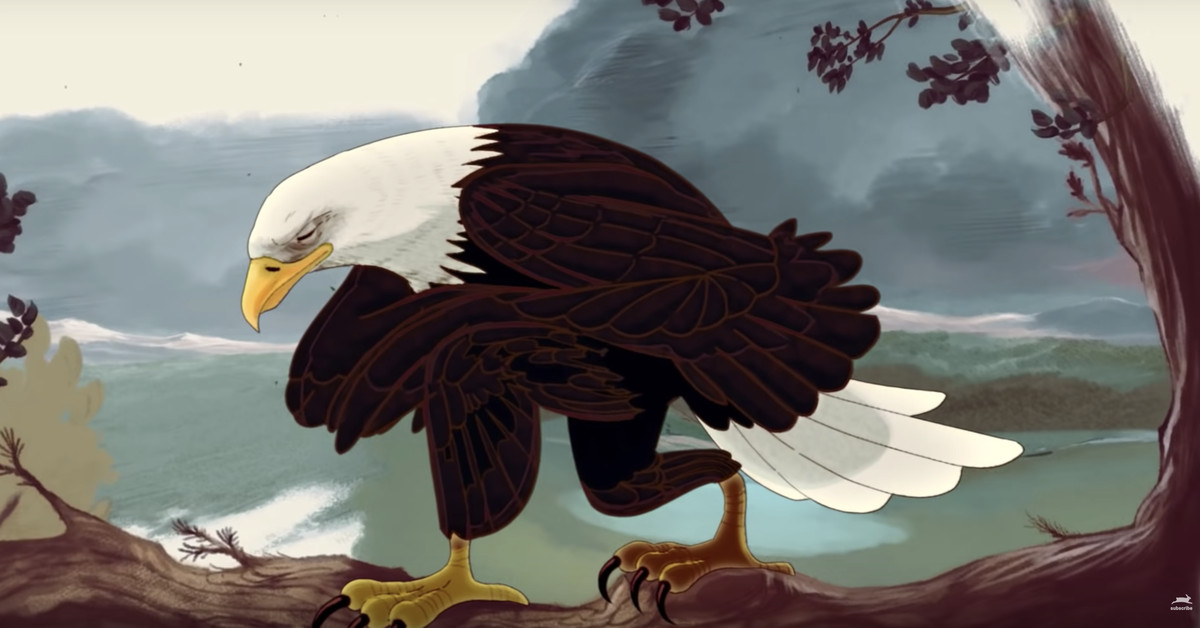 An ad that PETA claims was banned from airing during the Super Bowl faced backlash on Twitter for seemingly depicting NFL players who took a knee to protest police brutality as animals.

A bee, bear, and even fish take a knee in the cartoon ad as “The Star Spangled Banner” is hummed in the background. The ad was “inspired” by former 49er quarterback Colin Kaepernick, who knelt when the national anthem was played at NFL games to protest police violence against black people, PETA said in a statement.

The ad was meant to promote PETA’s campaign to “end speciesism,” which the organization calls a “supremacist worldview” that allows humans to mistreat other species. The animal rights group claims that the NFL, which barred its players from kneeling in protest while the anthem is playing, pressured Fox to block the ad from playing during the Super Bowl. Kaepernick, the NFL, and Fox did not immediately respond to The Verge’s request for comment.

PETA decided to share its video on social media anyway, and then got called out on Twitter by people who said the ad was offensive and co-opted the Black Lives Matter movement to end police brutality.

“Omfg this is tone-deaf af,” one person tweeted in response to PETA’s post. That reaction got about 8,000 likes. New York Times reporter Astead Herndon poked fun at the ad, comparing it to an “all species matter” campaign.

Given PETA’s history of appropriating symbols of black social & political struggle, I guess I shouldn’t be shocked by this.

But I’ll admit it. I didn’t see “Super Bowl commercial where a grizzly bear takes a knee” coming. https://t.co/Hbr5wSWDZT

“It would never be okay to co-opt this imagery comparing black people to bears and horses,” climate writer Mary Annaïse Heglar told The Verge in an interview. “They’re the walking stereotypes of what people of color think about environmentalists … that they care more about animals than black people or people of color.”

“We’re big fans of Colin [Kaepernick] (who is vegan), and support not only his message but his impactful form of peaceful protest against oppression,” PETA wrote to The Verge in an email. It claims that it shared the ad with Kaepernick prior to releasing the video.

Black Lives Matter co-founder Patrisse Cullors criticized another ad by the NFL promoting its “Inspire Change” campaign that awards grants to players for their nonprofit initiatives. That ad depicted the killing of former NFL player Anquan Boldin’s cousin, Corey Jones, by police and discusses criminal justice reform. Cullors tweeted that she agreed with filmmaker Ava DuVernay, who said the ad would “sanitize and co-opt a black protest movement.”

How a Pandemic Rescued the Political Image of Ireland’s Leader

U.K. Coronavirus Testers Pay Price for a Day of Triumph

25 years of PlayStation: The consoles and accessories that changed gaming...

‘Sadness’ and Disbelief From a World Missing American Leadership