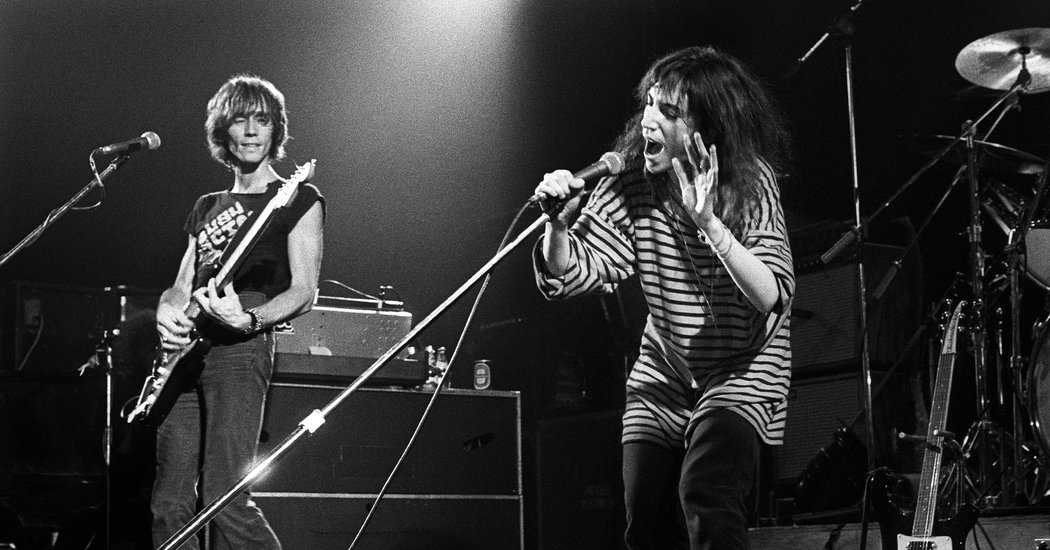 Ivan Kral, a Czech-born musician whose integral role in the Patti Smith Group, along with his work as a filmmaker who chronicled the earliest days of the CBGB scene, made him a key figure in New York’s creative underground of the 1970s, died on Sunday at his home in Ann Arbor, Mich. He was 71.

His wife, Cindy Hudson, said the cause was cancer.

Mr. Kral also played in an early incarnation of Blondie and worked with Iggy Pop, John Cale, John Waite and Noel Redding, the former bassist with the Jimi Hendrix Experience, either co-writing songs for them or contributing bass, guitar or keyboard parts to recordings by them.

On Monday, Iggy Pop posted a tribute on Twitter: “Dear Ivan, you were a great guitarist/writer, a handsome guy, a true rock believer, and a great credit to me and the Czech Republic.”

John Waite, who wrote songs with Mr. Kral on three albums in the 1980s — including “Every Step of the Way,” which reached No. 25 on the Billboard pop singles chart — described Mr. Kral in an email as “a gifted songwriter,” “a cultured European” and a “kick-ass NYC guitarist.”

Ivan Kral was born in Prague on May 12, 1948, and came to the United States in 1966 with his parents as refugees. His father, Karel Kral, was the United Nations reporter for the Czechoslovak news agency C.T.K.; in that capacity he helped alert the world to the threat of a Soviet invasion of his country, which came about two years later. His mother, Otylie (Hajmaarova) Kral, was a botanist who played classical piano.

Mr. Kral had refugee status in the United States until 1981, when he became an American citizen.

Before settling with his family in New York, he had played with a rock band in Prague named Saze, which later became successful in Czechoslovakia. Amid the gritty New York of the early ’70s, he formed a band, Luger, which became part of the glam-rock scene at Max’s Kansas City and was the opening act on Kiss’s earliest shows. He later played in the singer Shaun Cassidy’s backing group before joining the nascent Blondie.

Mr. Kral, a poetry fan, met Ms. Smith at one of her downtown readings and helped smooth her transition from poetry to music. He played bass and guitar on her debut album, “Horses” (1975), one of the first punk albums and one of the most influential albums of its era for its stripped-down sound, its integration of music and poetry and its presentation of women. In 2020, “Horses” was entered into the National Recording Registry at the Library of Congress.

He went on to play on, and write for, all of her band’s crucial early albums: “Radio Ethiopia,” released in 1976; “Easter,” which made Billboard’s Top 20 two years later; and “Wave,” which had similar chart success in 1979.

Mr. Kral collaborated with Ms. Smith on two of her most high-energy songs, “Ask the Angels” and “Pumpin’ (My Heart),” from “Radio Ethiopia,” as well as the grinding rocker “25th Floor,” from “Easter,” and three compositions on “Wave,” notably the poignant “Citizen Ship.” That song’s poetic lyrics alluded to Mr. Kral’s life as a refugee and ended with Ms. Smith violently shouting his name toward the end to assert his identity in a new world.

“Ivan was my guitar brother in the group,” Ms. Smith’s guitarist Lenny Kaye said in an email. “He brought a pop sensibility to our improvisations, and helped us along our path to becoming a true rock ’n’ roll band.”

During his time in Ms. Smith’s group, Mr. Kral, using a 16-millimeter camera, began filming acts at local concerts, including the New York Dolls, Jayne County and Queen. He assembled the footage into a film, “Night Lunch.” He went on to focus on shooting then-unknown punk groups like the Ramones, Television and Talking Heads, working with the filmmaker Amos Poe to add sound from the bands’ demo recordings to footage shot silently.

“I had all these three-minute rolls of film,” Mr. Kral told The Ann Arbor News in 2010. “I decided I had enough to make it into 50 minutes. I spliced it together in one day.”

The resulting film, “The Blank Generation” (1976), has served as source material for scores of exhibitions and music documentaries.

In 1979, after Ms. Smith retreated from music to concentrate on her family, Mr. Kral started working with Iggy Pop. He played on his 1980 album, “Soldier,” and on its follow-up, “Party,” the next year, for which he co-wrote nearly every song. After moving to Los Angeles, he wrote music for films, notably the score (written with Bruce Brody) for the 1981 Barry Levinson movie “Diner.”

Back in New York, he wrote scores for three underground films by Mr. Poe. He also recorded “Even Cowgirls Get the Blues,” a live album with John Cale, an original member of the Velvet Underground.

After the fall of Communism in Czechoslovakia in 1989, Mr. Kral returned to Prague and began working with many local artists to develop a thriving rock scene there. He also worked as a solo artist, releasing 15 albums during his lifetime, most of them in the Czech Republic.

Mr. Kral composed a memorial song for Vaclav Havel, the first president of the Czech Republic, titled “Rest in Peace,” which he performed on national television in tribute to Mr. Havel after his death in 2011.

In addition to his wife, Mr. Kral is survived by a brother, Pavel.

His final solo album, “Smile,” is to be released this month. Later this year, his English-language biography, written by his wife, will be published under the title “Bloc, Shock, Rock.”

2019 Was a Record Year for Ocean Temperatures, Data Show

China Is Censoring Coronavirus Stories. These Citizens Are Fighting Back.