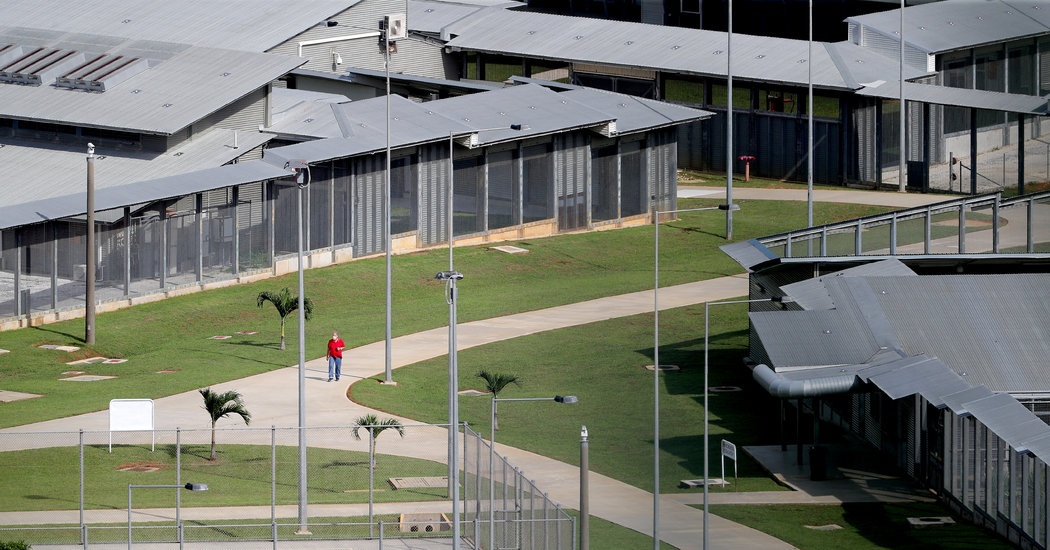 Life in an immigration detention center on Australia’s Christmas Island has not been as bad as David Huang feared. It is certainly a far cry from the conditions that thousands of asylum seekers have faced in the country’s offshore detention centers in recent years.

Sure, the steel on the building’s facade is rusted in parts. The Wi-Fi is shaky, especially at meal times when he and others are trying to contact their families and friends. Dinner, at least on Tuesday, the first night he spent there, was uninspiring and mushy.

Yet after being evacuated from the Chinese city of Wuhan, the epicenter of the coronavirus outbreak, he had set his expectations low.

Mr. Huang, a 22-year-old student from Sydney, is one of about 270 Australian citizens and permanent residents who have been flown out of China in the past week and taken to Christmas Island. None of the evacuees have tested positive for the virus, Australia’s health minister said on Tuesday.

Health experts have criticized the government’s decision to quarantine them for two weeks in a center usually used to house asylum seekers rather than holding the evacuees in better-equipped military bases on the mainland. But while some evacuees have said the conditions at the center are worse than they had imagined, Mr. Huang said he personally found the quarantine bearable.

Although he said the travelers had found dead moths in their beds and dead cockroaches on the floors, and spent much of their first night in the center cleaning, Mr. Huang said he didn’t really mind.

“It’s obviously not great for the rooms to have dirty conditions,” he said by telephone. “But I think its important to think about the fact that there are so many families here that they have to accommodate.”

Workers at the center have been responsive to the evacuees’ requests, Mr. Huang said. They added more fruit and vegetables to the meals, handed out soap and cigarettes, as well as sunscreen, shorts and sandals — attire more suited to the tropical island than the clothes they had brought from China. There are Xbox 360 gaming devices, which some of the evacuees were playing to pass the time.

Those in the quarantine have been given wrist bands with QR codes that, when scanned, provide access to their medical records. And every day, doctors wearing face masks and full protective medical gear take their temperatures.

For Mr. Huang and his family, their journey began on Sunday in the city of Xiangyang in Hubei Province, about three hours away from Wuhan, the Chinese city hardest hit by the virus. They had been visiting relatives during the Lunar New Year holiday last month when the authorities locked down Xiangyang as part of a security cordon to contain the epidemic.

When the family decided to leave, they made a series of phone calls to Chinese and Australian officials and received documents that allowed them to drive through multiple checkpoints to Wuhan’s airport. The flight first landed on Learmonth, an air base in Western Australia. Passengers were then transferred on separate flights to Christmas Island.

There, Mr. Huang, who is worried about contracting the virus, has mostly kept to himself.

Each day after waking up, he goes for a walk outside the building, which is surrounded by tall fences. After breakfast and a medical check, Mr. Huang, who is studying game development, returns to his room, where he plays computer games for a few hours. Then he goes for another walk to check his social media accounts. To pass the time, his mother has been teaching him how to read and write Chinese characters.

“And repeat,” he said. “That’s what my daily schedule looks like.”

Mr. Huang said the hardest thing to deal with was the sense of isolation on an unfamiliar island, and he misses his friends in Sydney.

“Very, very homesick, I think describes both my family and the families around us,” he wrote on Facebook Messenger shortly before the internet seemed to drop out once more.

Why Taking On The Role Of Shaggy In Scoob! Was ‘Very...

Fires Left These Wallabies Nothing to Eat. Help Arrived From Above.

Speculation Over Kim Jong-un’s Health Is Fueled by North Korea’s Own...