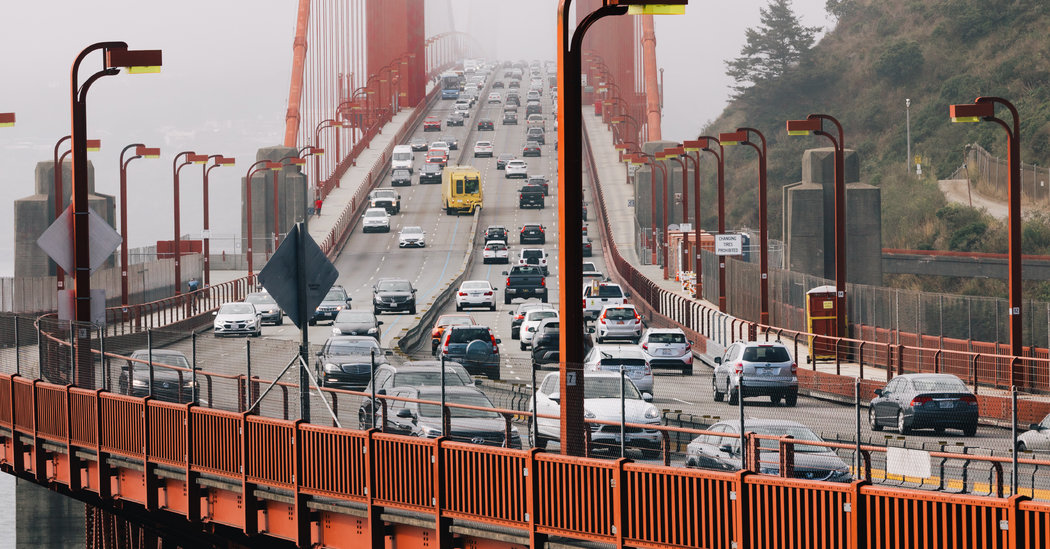 WASHINGTON — The Justice Department has dropped its antitrust inquiry into four automakers that had sided with California in its dispute with the Trump administration over reducing climate-warming vehicle pollution, deciding that the companies had violated no laws, according to people familiar with the matter.

The investigation, launched last September, had escalated a dispute over one of President Trump’s most significant rollbacks of global warming regulations. The Justice Department’s move was one of a slew of seemingly retributive actions by the White House against California, as the state worked with the four automakers — Ford Motor Company, Volkswagen of America, Honda and BMW — to defy Mr. Trump’s planned rollback of national fuel economy standards.

The closure may mark something of a détente in the political battle between the White House and California. Ben Carson, the secretary of housing and urban development, has been working with Los Angeles Mayor Eric Garcetti to address the city’s homeless crisis as well.

The Justice Department’s decision could boost the efforts of the auto companies and California to move ahead with tighter vehicle pollution standards than those being finalized by the federal government.

California’s governor, Gavin Newsom, welcomed the news. “These trumped-up charges were always a sham — a blatant attempt by the Trump administration to prevent more automakers from joining California and agreeing to stronger emissions standards,” he said in a statement. He called the decision “a victory for anyone who cares about the rule of law and clean air.”

In July, the four automakers announced that they had reached an agreement in principle with California on emissions standards that would be stricter than those being sought by the White House. The announcement came as an embarrassment for the Trump administration, which assailed the move as a “P.R. stunt.”

The Justice Department then opened an investigation into whether the four automakers violated federal antitrust laws by working together to reach their deal with California, on the grounds that the agreement could potentially limit consumer choice.

At the time Makan Delrahim, the assistant attorney general of the Justice Department’s antitrust division, wrote in an opinion article in USA Today that the investigation was not politically motivated. “Those who criticize even the prospect of an antitrust investigation should know that, when it comes to antitrust, politically popular ends should not justify turning a blind eye to the competition laws,” Mr. Delrahim wrote.

In the months after California struck the deal with the automakers, the administration and Justice Department pushed an unusual series of legal and policy moves against California and the auto companies that backed the state’s climate change plan. In September, the Trump administration formally revoked California’s legal authority to set tougher state-level vehicle emissions standards than those set by the federal government.

The Justice Department then filed suit to force California to drop the Canadian province of Quebec from its carbon emissions market, a central effort to limit greenhouse gases from power plants by capping emissions and forcing polluters to buy permits to emit climate-warming carbon dioxide. The Justice Department argued that including Quebec was tantamount to a state illegally conducting foreign policy.

Also in September, the Environmental Protection Agency threatened to withhold federal highway funding from California if it did not address a decades-long backlog of air pollution control plans.

But on Friday, Justice Department lawyers told automakers that they had concluded that they had not broken any rules or laws in their dealings with California, according to the people familiar with the matter.

In the coming weeks, the administration is expected to finalize a rule that would permanently roll back the federal Obama-era standards, which would have required automakers to roughly double the fuel economy of their new cars, pickup trucks and SUVs by 2025. Under those rules, new vehicles would have had to average about 54 miles per gallon.

The Trump administration’s plan will roll back that standard to about 40 miles per gallon.

The agreement reached between California and the four automakers, which account for about 30 percent of the United States auto market, requires an average fleetwide fuel economy of 51 miles per gallon by 2026. California has legal authority under the Clean Air Act to write air pollution rules that go beyond the federal government’s.

Automakers fear that a rift between Washington and Sacramento will split the domestic market between California and 13 other states enforcing one standard and the rest of the states following the more lenient federal standards.

To avert that outcome, the four automakers entered secretive negotiations with California hoping to agree on standards that would apply to vehicles sold nationwide.

Nick Taylor Pulls Away From Mickelson to Win at Pebble Beach

Bubba Wallace Thankful for Flag Ban, but NASCAR’s Fans Might Not Be

How to Disinfect Your Space on an Airplane

Testing Nursing Home Workers Can Help Stop Coronavirus. But Who Should...