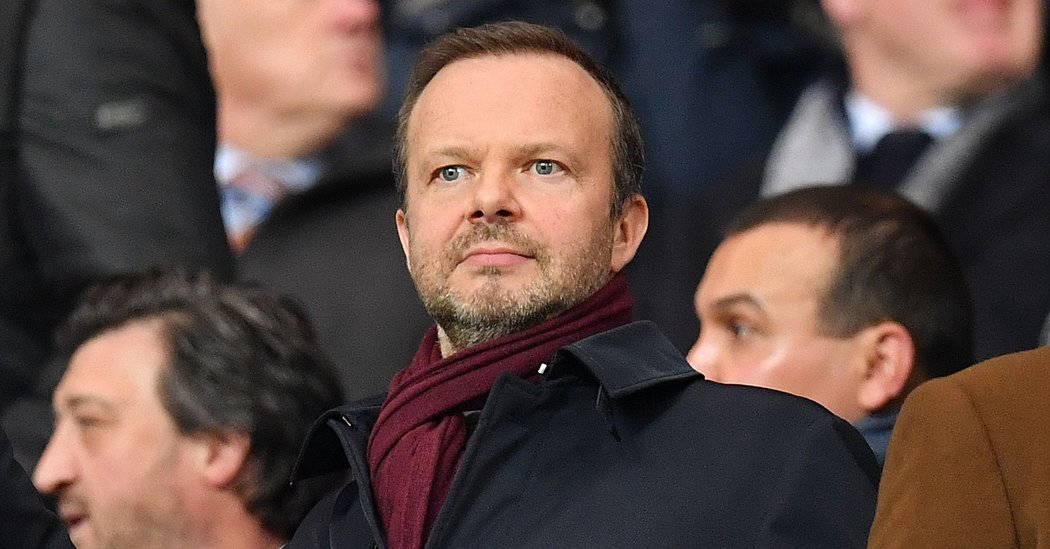 LONDON — The Premier League executives went around the room, until almost all of them had shared a story. Threats. Ugly confrontations. Physical assaults.

The impromptu exchange, anecdotes shared by top officials of the Premier League’s 20 clubs during a board meeting on Thursday, were both cathartic and expressions of support for Manchester United’s executive vice chairman, Ed Woodward, whose home was vandalized last week by a group of disgruntled fans.

Woodward, a former banker who joined Manchester United after helping its unpopular owners, the Glazer family, acquire the team in 2005, has become a lightning rod for United fans angered by the precipitous decline in the club’s on-field fortunes. Fans have protested Woodward’s stewardship for most of the season. But the news that one group fired smoke bombs and flares at his home on Jan. 28 shook league officials and rival executives.

At the meeting on Thursday at a London hotel, several officials told their own tales of being harassed or threatened by angry supporters, and expressed personal concerns about the safety of themselves and their families as a result of such abuse, both in person and on social media.

Shortly after the meeting broke up, the Premier League issued a statement in which its member clubs resolved to take on troublesome fan behavior.

On Friday, Manchester United went further: It filed a complaint with a media standards organization accusing a British tabloid newspaper, The Sun, of having prior knowledge of the attack at Woodward’s home, and of sending a reporter along with the fans who took part.

“The Club believes that The Sun newspaper had received advance notice of the intended attack, which included criminal damage and intent to intimidate, and that the journalist was present as it happened,” Manchester United said in a statement. “The quality of the images accompanying the story indicate that a photographer was also present.”

The Sun acknowledged the complaint in a statement of its own Friday; in it, it said it would cooperate with any investigation, and also confirmed that one of its reporters — after receiving a tip — had been present when Woodward’s home was attacked.

“The Sun accurately reported the events that unfolded,” the paper said. “At no time was our reporter made aware of what was to take place nor incited it or encouraged any criminal activity. The article made it clear that the behavior was criminal and unacceptable.”

The statements came one day after the Premier League clubs announced that they would impose a leaguewide ban on anyone barred by their club for “discriminatory, abusive or violent acts.”

“The league will come together as a unit to protect the likes of Ed and punish those perpetrators,” the West Ham co-owner David Gold said. “It cannot be tolerated.

“Manchester United are a big club, Ed Woodward is a big figure in the game. He cannot be worried about his wife and children.”

Woodward, according to people who attended Thursday’s closed-door meeting, was said to be cheered by the show of support from his peers, but embarrassed by the focus on him personally. He has not commented publicly on the attack at his home.

West Ham’s Gold has himself long been a frequent target for abuse from a section of his own teams’ fans. He and his co-owner David Sullivan were forced to leave their seats before the end of a league game against Burnley in 2018 when about 200 supporters managed to get close to a secure area near the directors’ box. The spectators spent 10 minutes showering the executives seated there with abuse, hurling objects in their direction and even performing throat-slitting gestures toward them.

“I know exactly what Ed’s experienced,” Gold said. “I’ve experienced it four or five times myself.”

“In my mind you’ve got a couple of hundred belligerents who want to, metaphorically, burn your house down,” he added. “And those 200 will gather people who are listening, or walking by and wonder what it is all about.”

Recounting his own incident at the game against Burnley, Gold said he had been accompanied by family members, including a young granddaughter.

The attack on Woodward’s home was not the first time United fans have resorted to direct action. A group of about 40 supporters, including several wearing balaclavas, showed up outside the home of the former United star Wayne Rooney in 2010 to warn him off the idea of joining the club’s crosstown rival Manchester City after talk of a potential transfer emerged during a contractual dispute with the club.

Witnesses, according to news reports at the time, recalled seeing a banner being unfurled that read: “If you join City you’re dead.”

Woodward has been a frequent target for fan fury inside — and sometimes above — United’s Old Trafford stadium. Once, a group paid for a plane to carry a banner calling for him to be fired above a match. But this season, the situation has gotten worse.

The chant was said to have been heard when the group attacked his home.

“Obviously a line was crossed,” the Premier League’s new chief executive, Richard Masters, said. “Those particular songs and the activities taking place outside Ed Woodward’s house were horrible and wrong. A line was crossed and the fans should be denounced.”

When Romance Is a Scam

Best toaster for 2020: The finest ways to part-burn bread

This Austrian Village Wants ‘Frozen’ Fans to Let It Go

She Left Wuhan to Become a Journalist. She’s Back in Time...

As Paris Tiptoes Toward Normalcy, Infections Are Sharply Down