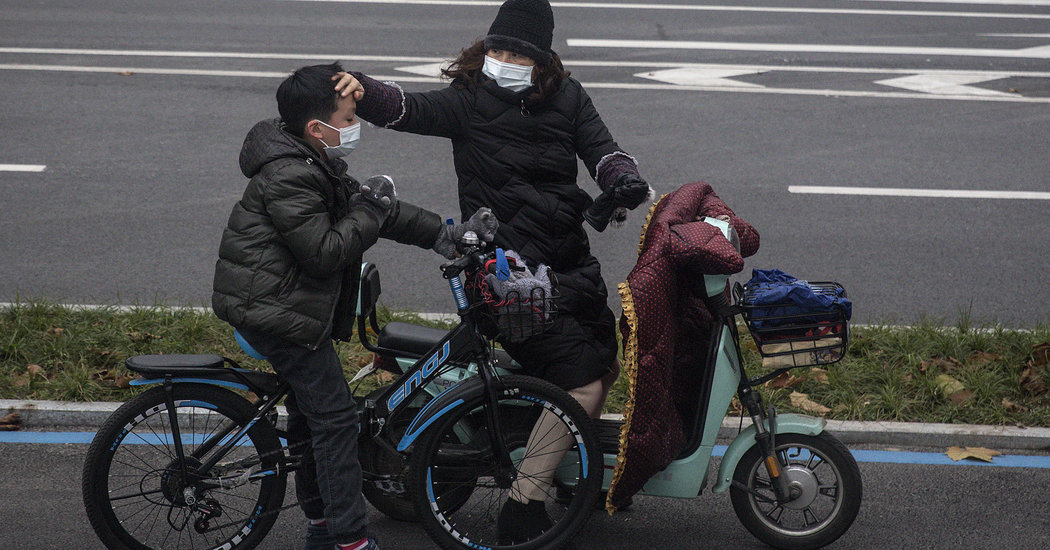 SYDNEY, Australia — As someone who has been living between Hong Kong and Sydney for the past few months, I have been engaged in a relentless, entirely circular conversation with family, friends and colleagues about the coronavirus that sprang into the global consciousness a couple of weeks ago and since then has claimed at least 563 lives, while sickening more than 28,000 others.

For people in Hong Kong, where the government still hesitates to act without the blessing of Beijing, the risks of exposure are higher. Some friends recalled being in Hong Kong during the SARS crisis, as we speculated how long schools would remain closed and wondered if the city, which has already known so much tumult over the past nine months, would ever truly recover.

Many people we know did what we did: got out of Dodge, children in tow, to where the air was microbe-free and public transport devoid of the face mask parade. Others have to stay for work, for elderly relatives, or because they do not have the means to leave. There’s a run on everything from hand sanitizer to toilet paper, and most residents are urged to work from home, if they can.

The scale of the virus and its impact remains a guessing game. Will the number of sick people explode, now that the Lunar New Year celebrations are over and everyone is back at work? Will Hong Kong finally close all its border checkpoints with China, as so many people are demanding?

Some public health nurses have vowed to remain on strike until that happens. Will more airlines equate the threat from Hong Kong with that from China, and ban all flights?

On Thursday, Virgin Australia announced an end to its Hong Kong flights. United and American Airlines have already said they would suspend service to the city, as have Italian and Philippine carriers.

It’s one thing to be able to engage in this guessing game from the safety of another country, even as Australia registers its 14th coronavirus patient and Australian citizens are airlifted from Wuhan, China, into quarantine on Christmas Island, more than 1,500 kilometers off the Australian coast.

It’s another thing entirely to be stuck in Wuhan itself, the epicenter of the outbreak, where there is no recourse and no escape. My colleagues on the ground have reported on a city of 11 million that’s become a ghost town, and a new series we’re producing called Inside the Outbreak looks at individuals coping with the crisis.

As we watch the outbreak from afar, and see how far the virus travels, I acknowledge the privilege I have of being able to do so in relative safety. Millions of people do not have that choice.

If you’re directly affected by the virus, in Australia or elsewhere, we want to hear from you: Email us at [email protected].

Now here are our stories of the week from the region and the world.

Are you enjoying our Australia bureau dispatches?

Tell us what you think at [email protected].

Forward it to your friends (they could use a little fresh perspective, right?) and let them know they can sign up here.

Tens of Thousands Protest in Mali Amid Growing Opposition to Keita...

What Do You Wear to the End of Days?

Widespread Outcry in China Over Death of Coronavirus Doctor