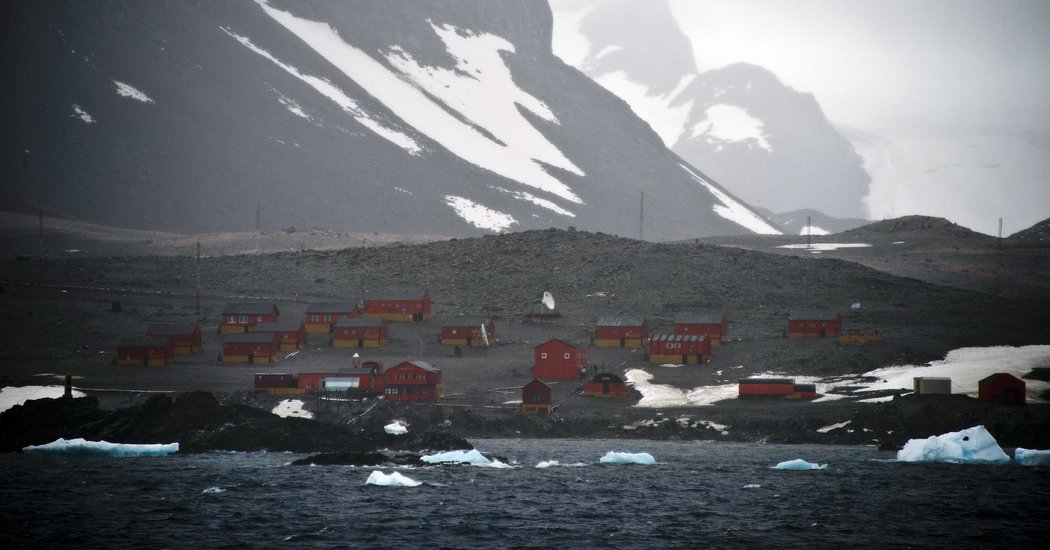 Esperanza, Argentina’s research station on the northern tip of the Antarctic Peninsula, reached 64.9 degrees Fahrenheit, or 18.2 degrees Celsius, breaking the previous record of 63.5 degrees set on March 24, 2015, according to Argentina’s National Meteorological Service. The station has been recording temperatures since 1961.

The temperature at Esperanza, where it is summer, was comparable to the weather in Los Angeles and Huntsville, Ala., where the high temperatures were 64 on Thursday, according to the National Weather Service.

The Weather and Climate Extremes Archive, a committee of the World Meteorological Organization, will verify the temperature, the organization said in a news release.

The record high appears to be associated with a regional “foehn,” described as a rapid warming of air coming down a slope or mountain, Mr. Cerveny said.

Its ice sheet, which is nearly three miles thick, contains 90 percent of the world’s fresh water.

The Antarctic Peninsula, the northwest tip near South America, is among the fastest warming regions of the planet, the meteorological organization said. Antarctica is about the size of the United States and Mexico combined, according to NASA.

The high temperature is in keeping with the earth’s overall warming trend, which is in large part caused by emissions of greenhouse gases.

Experts say that warming trend is affecting other parts of Antarctica, including the large West Antarctic Ice Sheet.

“I think of the warming of the atmosphere as like preheating an oven and the polar ice sheets are like a frozen lasagna that you put into the oven and now even the frozen lasagna is starting to defrost at high polar latitude,” Maureen Raymo, a research professor in the department of earth and environmental sciences at Columbia University, said on Saturday.

When the ice sheets melt, the water has nowhere to go but into the ocean and will affect shorelines around the world, Professor Raymo said.

“I think this is the tip of the iceberg, so to speak,” she said. “This is the foreshadowing of what is to come. It’s exactly in line of what we’ve been seeing for decades” — that air temperature records are increasingly broken.

Last month was the fifth-warmest January in the United States in 126 years of record-keeping, according to the National Oceanic and Atmosphere Administration. The lower 48 states had an average temperature of 35.5 degrees and they all saw above- to much-above-average temperatures last month, it said.

The last decade was the hottest on record and 2019 was the second-warmest year, according to researchers.

Global average surface temperatures last year were nearly 1.8 degrees Fahrenheit (1 degree Celsius) higher than the average from the middle of the last century, caused by emissions of carbon dioxide and other heat-trapping gases from the burning of fossil fuels.

Rome’s Homeless Don’t Have the Luxury of Staying Home

Top 3 Flat Belly Bodyweight Exercises You Can Do at Home

You’re Getting Used to Masks. Will You Wear a Face Shield?