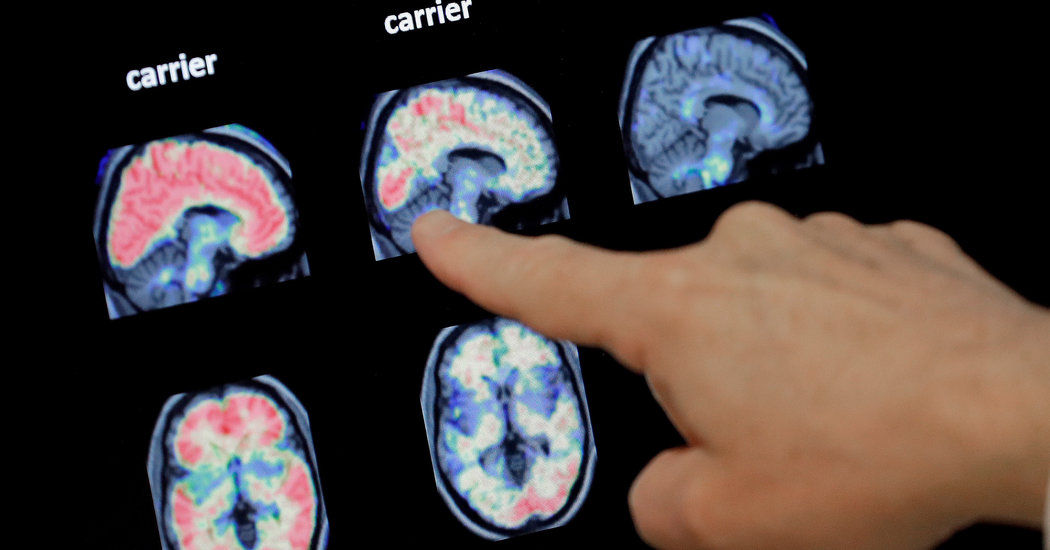 The study aimed to show that Alzheimer’s disease could be stopped if treatment began before symptoms emerged. The participants were the best candidates that scientists could find: still healthy, but with a rare genetic mutation that guaranteed they would develop dementia.

For five years, on average, the volunteers received monthly infusions or injections of one of two experimental drugs, along with annual blood tests, brain scans, spinal taps and cognitive tests.

Now, the verdict is in: The drugs did nothing to slow or stop cognitive decline in these subjects, dashing the hopes of scientists.

Dr. Randall Bateman, a neurologist at Washington University in St. Louis and principal investigator of the study, said he was “shocked” when he first saw the data: “It was really crushing.”

The results are a deep disappointment, scientists said — but not a knockout punch. The drugs did not work, but the problems may be fixable: perhaps the doses were too low, or they should have been given to patients much younger.

Few experts want to give up on the hypothesis that amyloid plaques in the brain are intimately involved in Alzheimer’s disease.

The data from this international study, called DIAN-TU, are still being analyzed and are to be presented on April 2 at scientific conferences in Vienna in April and in Amsterdam in July.

The trial was sponsored by Washington University in St. Louis, two drug companies that supplied the drugs — Eli Lilly and Roche, with a subsidiary, Genentech — the National Institutes of Health and philanthropies, including the Alzheimer’s Association.

The study was small, with only 194 participants: 52 taking a drug called gantenerumab, made by Roche, and an equal number trying solanezumab, made by Eli Lilly. Most of the subjects had no symptoms; a few were experiencing very mild early symptoms. About 40 family members served as a comparison group, and received no medication.

The volunteers carried gene mutations that cause an overproduction of amyloid, which accumulates in hard plaques in the brain. That is enough to always cause Alzheimer’s disease. The experimental drugs attacked amyloid, and scientists like Dr. Bateman had hoped they would prevent cognitive decline.

The participants in DIAN-TU were younger than the typical Alzheimer’s patients and did not yet have other brain abnormalities, like mini strokes. Success in this trial, it was hoped, would show that defeating Alzheimer’s was possible.

“This was a bold experiment driven by a deep unmet medical need in these patients,” said Dr. Daniel Skovronsky, chief scientific officer at Eli Lilly.

Now companies and academic researchers must confront a troubling question: Is it time to move past an emphasis on developing anti-amyloid drugs for Alzheimer’s disease?

Studies of anti-amyloid drugs in older people are still underway. Scientists are testing the drugs in another group similar to that in DIAN-TU: a large family in Colombia also carrying a gene mutation that leads to early Alzheimer’s.

But the studies of anti-amyloid drugs completed so far have repeatedly failed. Companies have spent billions of dollars on the drugs. Some, like Pfizer, have gotten out of the race altogether.

Many researchers say they are not yet ready to give up.

The disease, they note, always progresses in the same way: Amyloid accumulates in the brain and then a tangled, spaghetti-like protein, tau, appears and neurons die.

Dr. Richard Hodes, director of the National Institute on Aging, said it is not yet known how well the two experimental drugs in the study cleared subjects’ brains of amyloid. That will require further analysis.

But the institute has already awarded a grant for another study of people with rare genetic mutations. This time, treatment with anti-amyloid drugs will start even earlier — perhaps decades before they are expected to get symptoms.

Still, Dr. Hodes said, investigators must begin to look at other drug targets.

The Alzheimer’s drugs currently in Phase 3 trials — which are meant to show that a drug actually works — are predominantly anti-amyloid drugs. But the early-stage studies are focused on potential new methods for preventing and treating Alzheimer’s, Dr. Hodes said.

“Out of 46 pharmacological trials, 30 have targets other than amyloid,” he added. “We are well on our way to moving toward these other potential targets.”

At Washington University in St. Louis, Dr. Bateman is still absorbing the shock over the study’s failure, even though he knows the dismal history of Alzheimer’s studies.

“More than 300 failed trials — all right, what are the odds” that his might have succeeded, Dr. Bateman wondered. “Numerically, you have to say they are not good. But I really thought we had stacked the deck.”

His heart goes out to the participants who are destined to get this fatal condition. There are four drugs intended to ease the decline, but none to alter the course of Alzheimer’s disease. “We don’t have anything now to treat these people,” he said.

The investigators do not even have a quick way to notify participants of the results. The team needs approval from an institutional review board to send out notification letters, and that can take a while.

It is not feasible to call each participant, said Judy Martin Finch, a university spokeswoman. Instead, the university posted a news release on its website at midnight on Sunday.

Marty Reiswig, 41, a study participant who lives in Denver, learned of the results this morning while searching online and through a private Facebook group of people with rare genetic mutations leading to Alzheimer’s.

For five years, a nurse has been coming to the house to give him an infusion of solanezumab, and once a year he traveled to Washington University in St. Louis for extensive clinical and cognitive tests.

When he saw the news, he and his wife sat in stunned silence. The average age of onset for Alzheimer’s disease in his family is 47.

“We were so hopeful,” Mr. Reiswig said. “The devastating part of it for me is that I was really hoping this would change the world.”

Colin Kaepernick to Release a Memoir and Start a Publishing Company

What Role Should Employers Play in Testing Workers?

‘It Could Happen Anytime’: Scientists Warn of Alaska Tsunami Threat

Despite Qualms, Arthritis Drug to Be Tested in Coronavirus Study