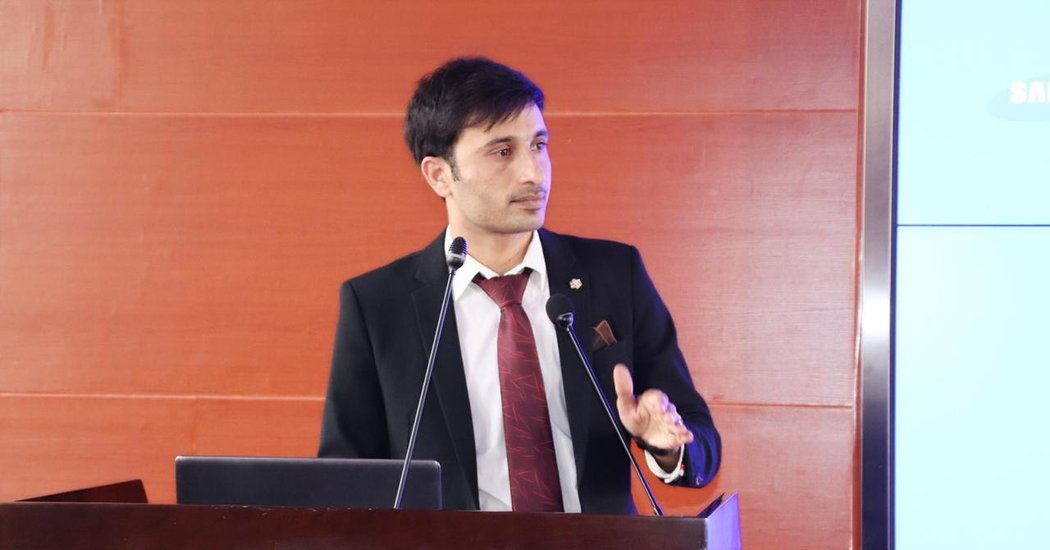 NEW DELHI — For days, Nadeem Bhatti, a university student in Wuhan, China, watched as his foreign classmates fled the center of the coronavirus outbreak — lines of Indians, Nepalis and others filed somberly onto buses as their governments evacuated them from the hot zone.

But Mr. Bhatti, like hundreds of other Pakistani students, was left behind.

The Pakistani government has asked Mr. Bhatti and the 800 other Pakistani students in Wuhan to stay put, the result of a grim government calculus.

Pakistan’s health care system is in shambles. Already strained hospitals lack trained doctors and supplies. If infected nationals return home, the virus would likely spread unabated across the country. Pakistan is one of the last places in the world still battling polio, and incidents of dengue fever and H.I.V. are on the rise.

“Believe me — at first I thought that we must go back because we could be infected by the virus,” said Mr. Bhatti, a 25-year-old civil engineering student at the Huazhong University of Science and Technology. “Some nights I couldn’t sleep because of the stress.”

“But now we are thinking no. There are no good hospitals to treat coronavirus back home and the Chinese are working very hard to beat this,” he said.

But other Pakistanis wonder whether they are pawns in a larger geopolitical game. China is one of Pakistan’s most important allies, and as the weaker of the two partners, Pakistan may be under pressure to keep its citizens in China so as not to embarrass Beijing.

China is struggling to contain the new coronavirus and has come under intense global scrutiny for its slow initial response to the virus. On Tuesday, the government announced that 1,016 people had died from the virus since December. More than 100 of those deaths occurred on Monday in Hubei Province, the capital of which is Wuhan.

Suspicions that Pakistan was being overly obsequious grew last week after the country resumed commercial flights to China. Pakistani citizens with the means can return home if they test negative for coronavirus.

The government is “discussing the situation at the highest level and will make the best decision in view of all factors, with reference to the devastating coronavirus potential global pandemic,” Dr. Mirza wrote. “Rest assured you are our own and we care!”

A Pakistani student stuck in Xianning, on the outskirts of Wuhan and appealing to be evacuated, shot back.

“Do you even a little care for us?” wrote the user, identified on Twitter only as Muhammad Ibraheem, who is studying medicine at Hubei University of Science and Technology. “Why don’t you kill all of us? It will be easy for you guys, or sell us to China. At least you will get some benefits. You left us to die here.”

In an interview, Mr. Ibraheem described a desperate situation in Xianning where he said medical supplies were running out as the death toll steadily ticked up. He and many other Pakistani students are running out of money to buy food as the banks are closed and A.T.M.s shuttered.

At the start of the outbreak, the government was so focused on containing the virus and putting the students — like much of the population — under lockdown that they forgot to provide basic support for Mr. Ibraheem and his peers, he said.

“We didn’t have water for three days. And then our university provided for us, but it was four liters of water for each student to last for five days,” he said, adding that he and his peers boiled nonpotable tap water when they ran out.

“The Pakistani government is not helping at all,” he said.

Groups of students have resorted to videotaping their anxious pleas to the Pakistani government, asking to be evacuated.

In one video, a group of five masked students stand shoulder-to-shoulder.

“We request the Pakistani government, we are also your children,” one student says through a blue medical mask. “Please, please, please, support us and get us out of this place.”

Mr. Bhatti, who is from the Layyah, said he believes that by staying in Wuhan, he is doing his part to both keep himself safe and strengthen his country’s relationship with China.

“We decided to stay here and stand with this nation,” Mr. Bhatti said. “If they can fight, we can fight. We say in my country that Pakistan’s relationship with China is sweeter than honey and higher than the Himalayas.”

But still, the loneliness grates on him. Most days Mr. Bhatti idles in his room of the once-buzzing dormitory for international students. The large block building hosted hundreds of students from countries the world over. Now, only 127 students — all of them Pakistani — are left.

Just down the hall, four Pakistani students were infected last month after sharing a meal in one of their dorm rooms. Since then, students are forbidden from mingling. To break up the long days, Mr. Bhatti often walks down the hall to speak to his best friend through the window of his dorm room.

Mr. Bhatti described a situation as desperate as Mr. Ibraheem’s during the early days of the outbreak: students running out of food and barred from leaving the dormitory.

After hungry pleas from students, the school administration set up a system where Mr. Bhatti and other students can go to an office on campus and order what they need. He then retires to his room until a knock on the door signals his order has arrived, placed on the doorstep by an unseen delivery person, who speeds away.

Sometimes his mother calls while he is eating, but her anxiety stresses him out, he admits.

“My mother wants me home,” Mr. Bhatti said. “She is crying and praying for me and distributing food to poor people in our neighborhood so they can pray for me, too.”

French Publisher Apologizes for Stating C.I.A. Was Behind 9/11 Attacks

Apple says customers must wait to pick up repairs locked inside...

Chile to Issue Coronavirus ‘Immunity Cards’ to Those Who Recover