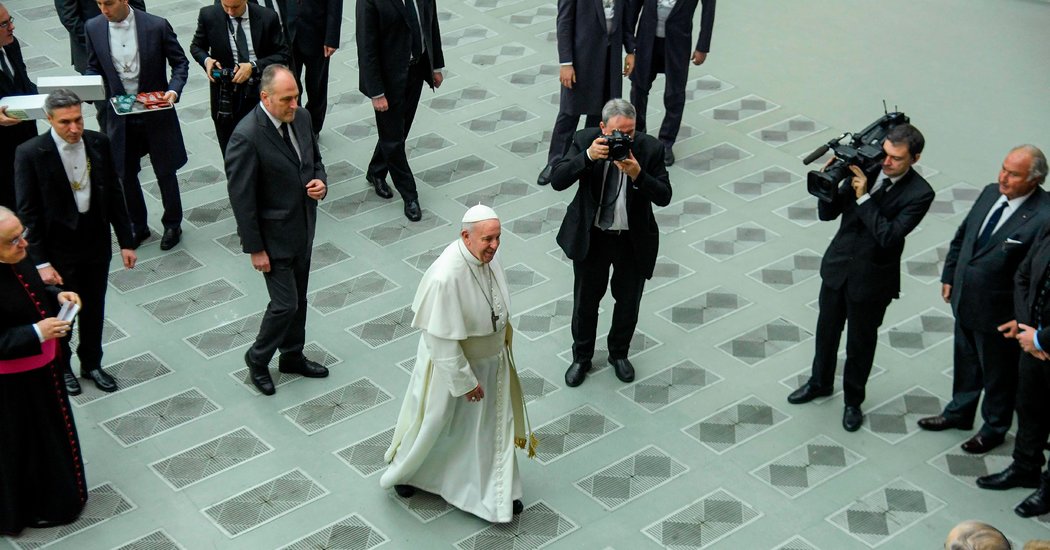 VATICAN CITY — Pope Francis has rejected a proposal made by bishops at a landmark meeting in October to allow the ordination of married men in remote areas, a potentially momentous change that conservatives had warned would set the Roman Catholic Church on a slippery slope toward the lifting of priestly celibacy and the thrashing of church traditions.

Francis’ decision, in a papal letter with the power of church teaching that was made public by the Vatican on Wednesday, surprised many given his openness to questions of priestly celibacy in “far-flung places” and his oft expressed desire for a more collegial and less bureaucratic church.

The pope’s supporters had hoped for revolutionary change. But the decision, coming seven years into his papacy, raised the question of whether Francis’ promotion of discussing once-taboo issues is resulting in a pontificate that is largely talk.

His closest advisers have already acknowledged that the pope’s impact has waned on the global stage, especially on core issues like immigration and the environment. His legacy, they have said, will ultimately reside inside the church where his authority is absolute.

The pope’s refusal to allow married priests was likely to delight conservatives, many of whom have come to see Francis and his emphasis on a more pastoral and inclusive church as a grave threat to the rules, orthodoxy and traditions of the faith.

The recommendation to allow married priests in remote areas was approved by more than two-thirds of the bishops who attended a summit on the issue in October. The proposal set off a vigorous debate within the church.

Progressives said it was high time the church recognized reality and the demands of the faithful; conservatives called it a threat to the priesthood, and warned that married priests would follow everywhere, including in the heart of Europe. Even the pope’s predecessor, Benedict XVI, put a finger on the scale, arguing for priestly celibacy.

Despite the expectations, Francis backed off.

Writing that “a specific and courageous response is required of the Church,” Francis argued that access to the sacraments need to be increased in “the remotest” places, but that a “priest alone” can celebrate communion or absolve sins.

He made no mention of ordaining married men in good standing or elevating to the priesthood married deacons, a lower clerical rank that does not require celibacy.

Instead Francis argued that the gap should be filled with a culturally sensitive effort to increase priestly vocations and more willingness for existing priests to go to remote areas.

Francis, who blames the abuse of power by priests for many of the church’s ills, argued that the way forward rested in “the growth of a specific ecclesial culture that is distinctively lay.”

“It is not simply a question of facilitating a greater presence of ordained ministers who can celebrate the Eucharist,” he added, dismissing such a goal as “a very narrow aim.”

The Vatican sounded a defensive note on Wednesday.

The pope’s letter “demonstrates a thought that supersedes the dialectical diatribes which ended up representing the Synod as a referendum on the possibility of ordaining married men,” Andrea Tornielli, a Vatican spokesman, said in a statement.

He said the pope had decided against “changes or further possibilities of exceptions.”

That Time Tiffany Haddish Got Caught Using The Bathroom During A...

Tigers (and other cats) can catch the coronavirus