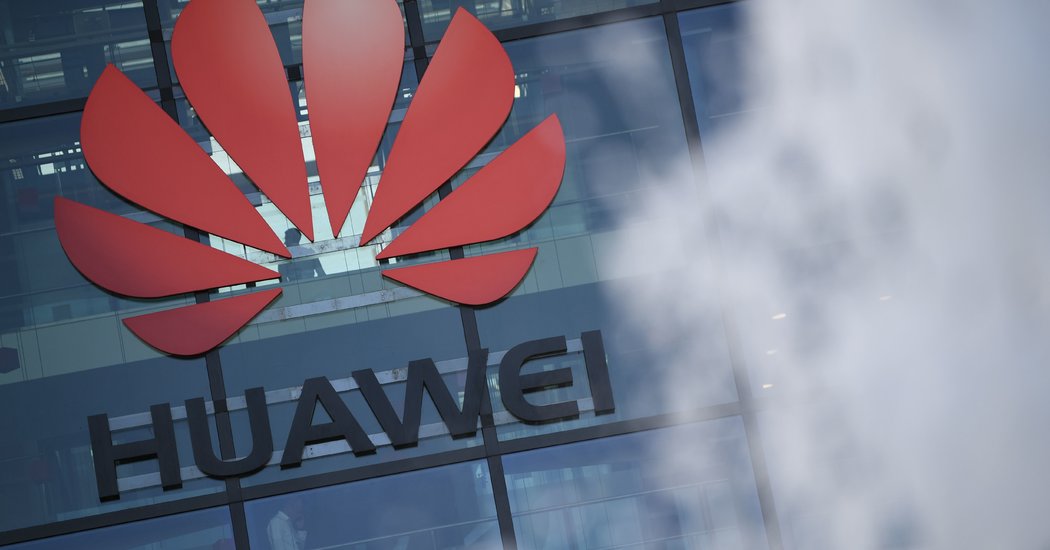 WASHINGTON — The U.S. government has charged Huawei and two of its subsidiaries with federal racketeering and conspiracy to steal trade secrets from American companies, a significant escalation in the Trump administration’s legal fight with the Chinese telecommunications company.

In a federal indictment unsealed on Thursday, the Department of Justice accused Huawei and its affiliates of a “pattern of racketeering activity” and said the companies had worked to steal trade secrets from six unidentified American firms. The stolen information included source code, as well as the manuals for wireless technology.

“The new charges in this case relate to the alleged decades-long efforts by Huawei, and several of its subsidiaries, both in the U.S. and in the People’s Republic of China, to misappropriate intellectual property, including from six U.S. technology companies, in an effort to grow and operate Huawei’s business,” the Justice Department said in a news release.

The new charges add more weight to Washington’s pressure campaign against Huawei, which is already barred from buying many American products and is viewed by the Trump administration as a threat to national security. The escalation is also part of a broader attempt by the Trump administration to crack down on what it says is a pattern of Chinese espionage and theft aimed at giving Beijing a technological edge.

On Monday, four members of China’s military were charged with hacking into Equifax, one of the nation’s largest credit reporting agencies, and stealing trade secrets and the personal data of about 145 million Americans in 2017.

The new indictment goes beyond the Justice Department’s earlier allegations of trade-secret theft and sanctions violations.

It applies a federal racketeering law that has historically been used to bring down mob leaders and gang kingpins and allows the government to bring charges that would otherwise fall outside the statute of limitations. The criminal conspiracy that Huawei is accused of carrying out has been going on since at least 1999, according to the Justice Department.

The indictment portrays Huawei as orchestrating a steady, if not sophisticated, campaign to steal trade secrets. For instance, the indictment alleged that in 2004, a Huawei employee sneaked back to a Chicago trade show to steal a competitor’s technology. The employee “was discovered in the middle of the night after the show had closed for the day in the booth of a technology company” and was found “removing the cover from a networking device and taking photographs of the circuitry inside.” The individual wore a badge listing his employer as “Weihua” — an anagram of Huawei — according to the indictment.

A spokesman for Huawei did not immediately respond to a request for comment.

Last year, the Justice Department charged Huawei’s chief financial officer, Meng Wanzhou, with outlining a decade-long attempt by the company to steal trade secrets, obstruct a criminal investigation and evade economic sanctions on Iran. Ms. Meng is in Canada, out of jail on bail of 10 million Canadian dollars, or $7.5 million, awaiting extradition to the United States. She is under 24-hour surveillance and must wear a GPS tracker on her ankle.

The White House has looked to ratchet up the pressure on Huawei for years, with members of Congress from both parties backing its efforts. The new charges may give more fodder to the company’s critics on Capitol Hill, who have been pushing to make sure Huawei has no role in the next generation of wireless networks, known as 5G.

“The indictment paints a damning portrait of an illegitimate organization that lacks any regard for the law,” said the top lawmakers on the Senate Intelligence Committee, Richard M. Burr, Republican of North Carolina, and Mark Warner, Democrat of Virginia.

Under the Trump administration, the Justice Department has focused on combating an array of threats that China poses to the United States and its allies in the West, including theft of trade secrets and espionage, as the country seeks to expand its sphere of economic and military power.

Huawei, whose equipment powers telecom networks, sits squarely at the center of both of those concerns.

Intelligence community analysts say Huawei can use its network equipment to monitor traffic across a network and potentially engage in unlawful surveillance.

As countries around the world migrate their communications systems to 5G, and as more technology innovation is built on top of it, Huawei is in a position to gain a huge economic edge over U.S. tech giants, which have long been at the forefront of innovation and have lately powered the U.S. economy.

Mr. Barr said last week that the Chinese government was using “every lever of power to expand its 5G market share” because it would gain ground in every technology that then touched 5G.

“Our economic future is at stake,” Mr. Barr said in a speech during a conference in Washington on threats that China poses to the United States. “The risk of losing the 5G struggle with China should vastly outweigh other considerations.”

For years, American intelligence officials have tried to convince companies and governments around the world that Huawei’s equipment could give Beijing access to sensitive communications networks.

But that global campaign has faltered, as countries like Britain and Saudi Arabia opt to use Huawei’s gear in their next-generation wireless networks, known as 5G.

In January, Prime Minister Boris Johnson said Britain believed that any risk could be managed and that the company’s products could be used in a portion of Britain’s 5G network. Germany is said to be close to a decision on whether to allow the company to work on its network, as well.

As its global campaign to bar Huawei has faltered, American officials have argued that the United States should take aggressive action to help the world develop an alternative to Huawei’s products. Mr. Barr, in his speech, argued that the United States should consider providing direct or indirect financial support to Nokia and Ericsson, two European companies that are the primary competitors to Huawei’s networking gear.

Else Blangsted, Who Fled the Nazis and Found a Hollywood Ending,...

The N.B.A. All-Star Game Gets Major Changes, and a Kobe Tribute

Giuliani Sought Help for Client in Meeting With Ukrainian Official

Wish It Existed? Make It Yourself. She Did.

Coronavirus Anger Boils Over in China and Doctors Plead for Supplies