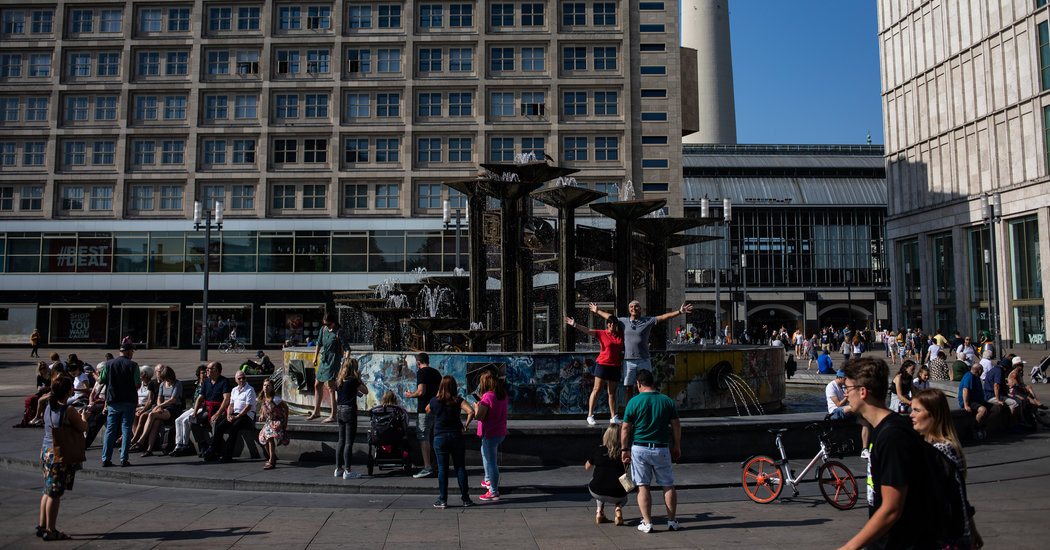 Growth in Germany came to a halt in the last quarter of 2019 as consumers became more cautious about spending, leaving the economy vulnerable as it begins to feel the effects of the coronavirus outbreak in China.

Economic growth in Germany was zero from October through December, the Federal Statistics Office said on Friday, down from 0.2 percent growth in the previous quarter. The chances that Germany will bounce back during the current quarter are slim because of the coronavirus outbreak in China, which has hobbled one of Germany’s most important customers and suppliers.

Disruptions caused by the outbreak are becoming more visible in Europe. Fiat Chrysler Automobiles said Friday that it had stopped production at a factory in Serbia because of shortages of parts made in China.

The shutdown, apparently the first by a carmaker in Europe, will add to concerns that the coronavirus could sap what little growth the Continent has been able to muster recently.

“The crisis risks delivering a substantial blow to the battered industrial sector,” Ángel Talavera, an economist at Oxford Economics, said in a note to clients Friday.

The eurozone grew only 0.1 percent during the last three months of 2019 compared with the previous quarter, the European Union’s official statistics office said Friday, confirming an earlier estimate. That was the slowest rate of expansion in six years. Growth for the full year was 1.2 percent, down from 1.9 percent in 2018.

Germany’s economic performance was not as bad as some economists had expected. A steep decline in orders for industrial goods had led to predictions of a recession. Overall growth for 2019 was 0.6 percent, compared with 1.5 percent in 2018.

Until recently, spending by German consumers had helped compensate for a slump in manufacturing. But consumers became more cautious at the end of the year, perhaps unsettled by headlines about major job losses at German automakers.

Companies like Daimler, which reported a quarterly loss this week, have been cutting jobs because of slack demand and the cost of developing new technology they need to remain competitive.

Problems in the car industry are not limited to Germany. The French carmaker Renault said on Friday that profit practically evaporated in 2019. The company acknowledged that it had been “a troubled year.”

Renault also warned that its goal of keeping sales steady at €56 billion during 2020 could be endangered by “the possible impacts related to the coronavirus health crisis.”

Renault shut down a factory in Busan, South Korea, on Tuesday because of supply chain problems. Renault plans to reopen the factory, a joint venture with Samsung, next week. But a factory in Wuhan, China, the center of the outbreak, will remain closed at least until next Friday on government orders, a Renault spokeswoman said.

In China, two German carmakers, BMW and Volkswagen, were preparing to reopen factories that have been closed since the beginning of the Lunar New Year holiday. The automakers are eager to resume production in China to avoid any more lost sales in the world’s largest car market.

Volkswagen, which gets almost half its sales from China, said all of its factories would be running by Monday. The company acknowledged that it was “facing challenges due to delayed nationwide restarting of supply chains as well as limited travel options for production employees.”

Fiat said supply problems had prompted it to move forward the dates of a planned shutdown at the plant in Kragujevac, Serbia, which produces Fiat 500 subcompact cars. The company said it did not expect the impact to be too dire.

“We are in the process of securing future supply of those affected parts, and production will be restarted later this month,” Fiat said in a statement. “We do not expect this change in scheduling to impact the total production forecast for the month.”

What to Do When Children Interrupt TV News Interviews?

The Internet Archive has ended its ‘emergency library’ early

The Covid-19 Riddle: Why Does the Virus Wallop Some Places and...

The Internet Mourns Black Widow On Its Original Release Date