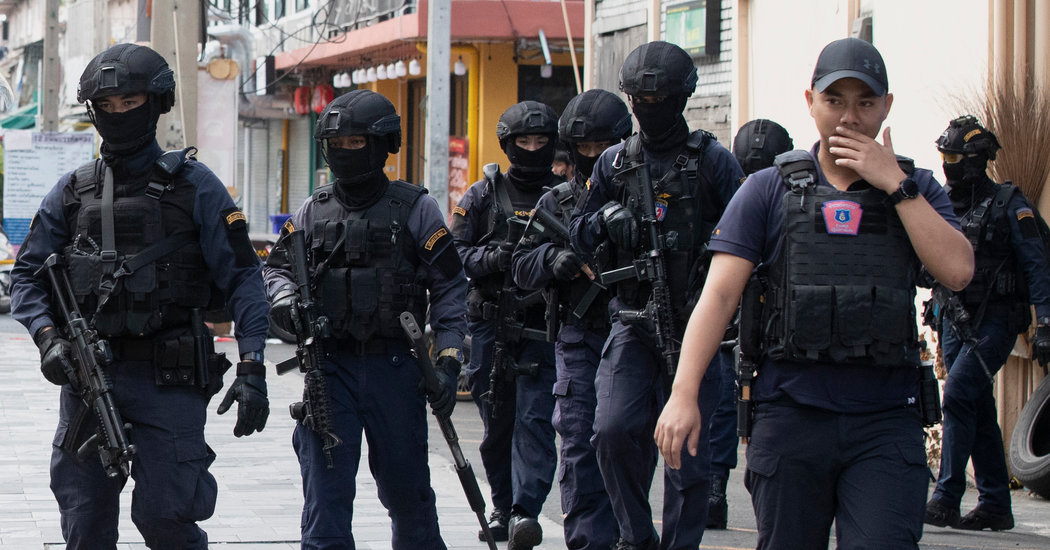 BANGKOK — A gunman who fired multiple rounds toward people in Bangkok was arrested on Friday after a standoff, in an incident that alarmed a country still grieving after Thailand’s deadliest mass shooting.

There were no injuries or deaths in the shooting, which began in the early morning hours when the man, whom the police identified to local news media as Ekkachai Charueksilp, began firing shots from his home above a sports equipment store in a central Bangkok neighborhood.

The gunman fired at least 20 shots, leading to the six-hour standoff with police officers on a street cordoned off to the public. The standoff ended after the police asked for help from the man’s relatives and sent a team in to mediate with the gunman.

The gunman eventually surrendered and was being questioned about his motives, said Colonel Krissana Pattanacharoen, a spokesman for the Royal Thai Police.

The gunman told investigators in initial interviews that the shooting was motivated by family problems, the colonel said.

“Maybe he was under stress and couldn’t find a way out,” he added.

The shots shattered the early morning calm in the quiet neighborhood near Chulalongkorn University, causing people in the area to flee. Witnesses said the gunman fired both into the air and at people.

The shooting came on the heels of Thailand’s deadliest mass shooting, in which a Thai soldier embarked on an 18-hour shooting spree in the northeastern city of Korat on Saturday, killing at least 29 people and injuring 58.

Hundreds of shoppers fled and hid inside a shopping mall before the soldier, dressed in military gear, was killed by police officers on Sunday morning. The country’s prime minister, Prayuth Chan-ocha, said the soldier had been angry about a land dispute.

Although many people own guns in Thailand, mass killings are rare, and the soldier’s violent rampage horrified the nation. Initial news reports about Friday’s gunfire immediately raised fears of a copycat shooting.

Airbus reaches deal with France, US, UK over 'bribery and corruption'...

The Modern House founders introduce their Manifesto for Modern Living

Coronavirus Death Toll Climbs in China, and a Lockdown Widens

As Coronavirus Spreads, So Does Anti-Chinese Sentiment