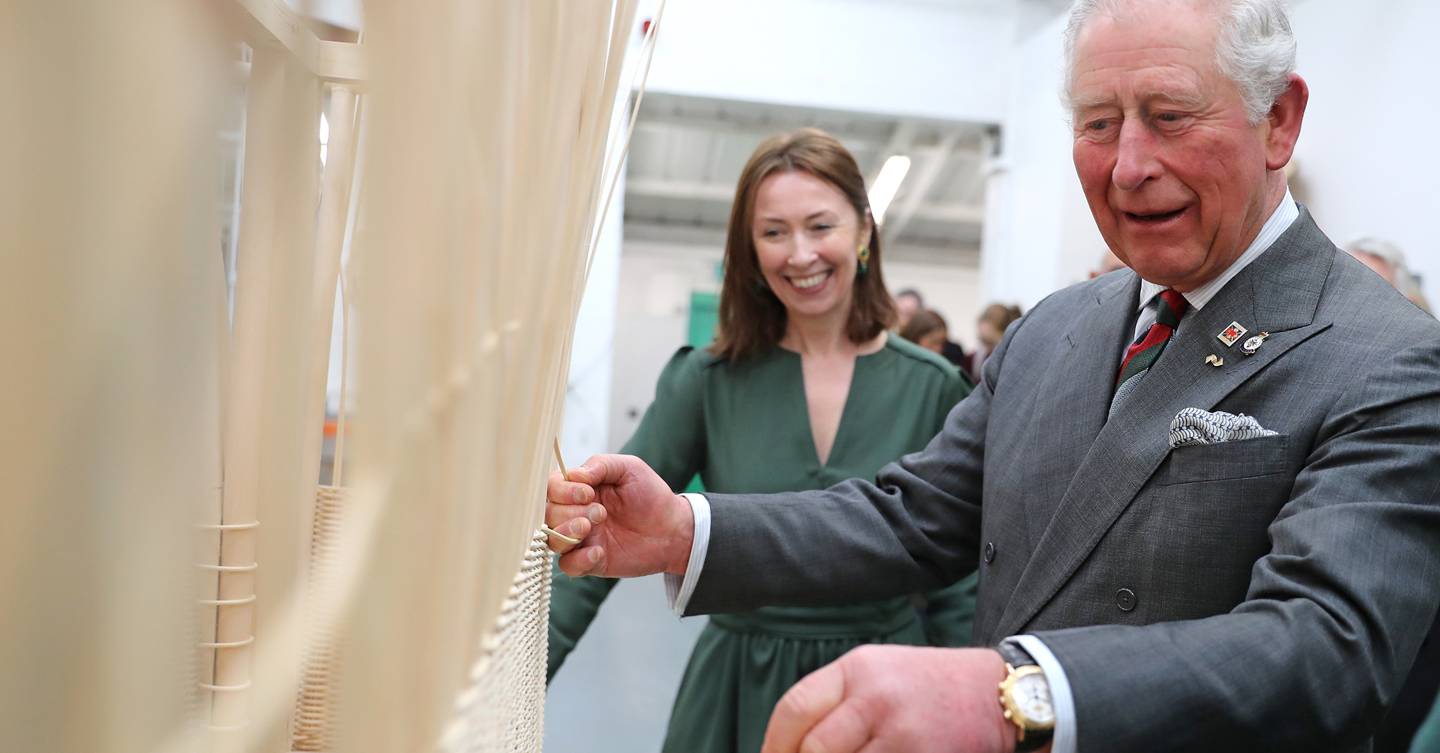 Prince Charles satiated his apparent curiosity about furniture making earlier this week with a visit to Soane Britain’s rattan workshop in Leicester. There, the Prince of Wales spoke with local craftspeople who demonstrated the techniques of steam-bending cane and then weaving rattan to create intricate pieces of furniture ranging from chairs to lighting fixtures. According to a release, His Royal Highness also admired photography from Soane Britain’s archives; the tradition of rattan furniture in Leicester dates all the way back to 1886 and has been well documented. In images from Prince Charles’s visit, the royal can also be seen trying his hand at weaving rattan as Soane Britain founder and creative director Lulu Lytle looks on.

The visit was of particular note and importance because Soane Britain is dedicated to “creating enduring furniture and lighting with an uncompromising commitment to British manufacturing.” Some of Britain’s most revered interiors, in fact, were created from Leicester workshops: those of the Titanic, the Royal Automobile Club on Pall Mall, the Bombay Yacht Club, and the Imperial Russian Yacht.

“We inherited the designs from the old rattan workshops, and they include designs for furniture that could be found on Thomas Cook steamers and on the Titanic,” Lytle told a local paper.

The Soane workshops began in 2010 following the closure of Angraves, a prominent furniture business established in 1912 that specialised in rattan furnishings. The intent, according to the release, was to ensure the future of British rattan weaving, which might otherwise be lost over several generations. Soane even now boasts its own rattan apprenticeship program, which currently has six trainees enrolled to learn the intricacies of rattan furniture making. Many of the products made in Leicestershire are sold in showrooms in London, New York, and San Francisco.

Just before his departure, Prince Charles sat in a rattan chair and signed the guest book to commemorate his visit. “It was completely thrilling,” Lytle reportedly said. “He has an amazing support for craftsmanship and has been instrumental in saving so many skills.”

Read Christopher Lloyd's words on Derek Jarman and Prospect Cottage, ahead of a new exhibition at The Garden Museum

Sharapova Uncertain About Future After Loss at the Australian Open

Apple's WWDC 2020 plans revealed, with new online format due to...

How to decorate your house this spring: a shoppable scheme curated...

Italy has suspended mortgage payments in the wake of the coronavirus...