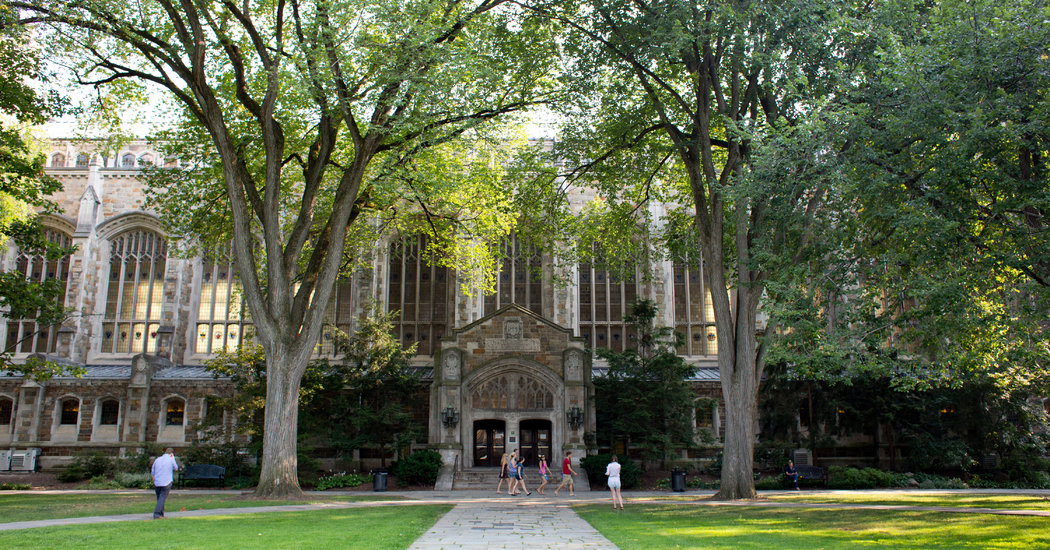 The University of Michigan said Wednesday that it was investigating whether one of its doctors had assaulted patients across several decades, becoming at least the third Big Ten university to reckon with allegations of sexual misconduct by longtime members of its medical staff.

In a statement, Michigan said that “several individuals” had described sexual misconduct by Dr. Robert E. Anderson, who worked for the university for more than 30 years and died in 2008. Although Michigan did not detail the allegations, which it said included episodes as far back as the 1970s, the university’s president, Mark Schlissel, said that the accusations were “disturbing and very serious.”

Michigan said its campus police department had opened an inquiry last summer, after Warde Manuel, the athletic director, received a message from a former student who said that Anderson had engaged in abuse during medical exams in the ’70s. During the investigation, Michigan said, other people described “sexual misconduct and unnecessary medical exams,” including at least one allegation that wrongdoing had occurred in the ’90s.

Local prosecutors decided recently that they would not bring any charges in connection to the allegations against Anderson, in part because of the state’s statute of limitations, which is generally six years.

Steven Hiller, the chief assistant prosecuting attorney for Washtenaw County, Mich., said in an interview on Wednesday that “nothing in the report” from university authorities showed evidence of any crimes that could prompt charges against anyone who is still alive.

But the university, which issued its statement after The Detroit News approached Michigan for comment about allegations involving Anderson, said it was still asking others who may have been abused to speak with investigators from a law firm in Washington.

“As part of our commitment to understanding what happened and inform any changes we might need to make, we now are taking the next step to reach out to determine who else might be affected or have additional information to share,” Schlissel said. “Every person in our community should expect to feel safe and supported.”

Anderson was a fixture of the university’s campus in Ann Arbor. He earned his medical degree from Michigan in 1953, according to an obituary published in an alumni magazine that described him as “a pioneer in the field of sports medicine.” He worked under four football coaches — Bump Elliott, Bo Schembechler, Gary Moeller and Lloyd Carr — and was the director of the university’s student health service. He retired in 2003.

Until Wednesday, Michigan’s inquiry had been unfolding behind closed doors while Michigan State and Ohio State publicly grappled with abuses committed by team doctors.

Ohio State said last year that Dr. Richard H. Strauss, whose roles in Columbus included serving as a doctor for the athletic department, had abused at least 177 men in the 1970s, ’80s and ’90s. Critics of the university, including some involved in litigation against the school, assert that Strauss, who died by suicide in 2005, abused scores more people.

In August, a review panel said that medical regulators had unearthed evidence of abuse during Strauss’s life but that “systemic failures” at the university and the state’s medical board had for years “prevented any tangible administrative or criminal consequences.”

And at Michigan State, there has been sustained fallout from the case of Lawrence G. Nassar, the former team doctor for the school and for U.S.A. Gymnastics who sexually abused many girls and young women.

Nassar, who pleaded guilty to an array of charges, was effectively sentenced to life in prison, but prosecutors have also pursued others in connection with the investigation into his abuses.

Kathie Klages, a former gymnastics coach at Michigan State, was found guilty last week of lying to investigators when she told them she did not remember whether two teenagers had told her that they had been sexually abused by Nassar.

Lou Anna Simon, who was Michigan State’s president until 2018, has also been charged with lying to investigators. She is awaiting trial.

There have also been hundreds of millions of dollars in settlements and settlement offers, including one last month from U.S.A. Gymnastics, which said it was willing to pay $215 million to hundreds of plaintiffs, including Olympic gymnasts, who said that Nassar had abused them.

That settlement offer, which a lawyer for many plaintiffs condemned as “unconscionable,” followed an agreement under which Michigan State promised to pay $500 million.

As Major League Soccer Expands, Teams Are Getting New Homes

Take Me Out to the (Backyard) Ball Game

For Paris Olympics, Surfing Will Head to Tahiti’s ‘Wall of Skulls’

Getting to Know TikTok Users [Infographic]

Canada Will Have a Big Say on the Return of Major...

They Wanted You to Bet on Sharks. The Odds Were Not...