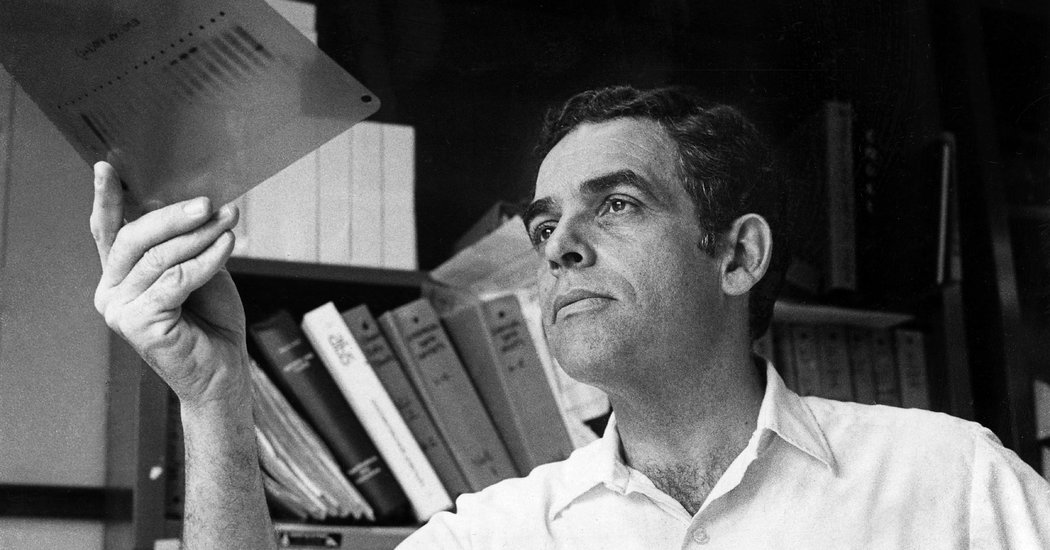 Philip Leder, a biologist who helped decipher the genetic code and discovered a genetic cause of cancer, died on Feb. 2 at his home in Chestnut Hill, Mass. He was 85.

The cause was complications of Parkinson’s disease, his son Benjamin Z. Leder said.

Dr. Leder helped accomplish the final step in deciphering the genetic code early in his career. In immunology, he went on to help unravel the genetic mechanisms behind the great diversity of antibody molecules. He then discovered that the misregulation of a gene that guides the growth of cells was a major cause of cancer.

Dr. Leder was a postdoctoral student at the National Institutes of Health in Bethesda, Md., in 1962 when — nine years after the structure of DNA was discovered — he was recruited by Marshall Nirenberg. The two men entered a furious race by biologists around the world to solve the genetic code, the means whereby successive units of DNA specify the order of the amino acids, the building blocks of protein.

Amid much theoretical speculation about how this might work, Dr. Nirenberg chanced upon a practical approach to the problem: feeding synthetic strands of RNA — DNA’s messaging system — to living cells and seeing which amino acids were summoned to the protein-making machinery.

Dr. Nirenberg had found that a long string of the RNA units designated U, for uracil, would induce the cell to make proteins out of the amino acid phenyl alanine. So it looked as if UUU — the code was thought to be read in triplets — designated phenylalanine.

But it was hard to exploit this discovery until Dr. Leder developed a way of synthesizing RNA triplets of a specific sequence. Testing these 64 triplet arrangements one by one, the two researchers figured out which RNA triplet specified each of the 20 amino acids that a cell uses to construct protein molecules.

By 1966 they had figured out most of the code in what Dr. Leder called “a mad race” with other labs, notably a team led by the Nobel Prize winner Severo Ochoa.

“I couldn’t sleep for days at a time because of the excitement,” Dr. Leder said in a 2012 interview with ASBMB Today, the magazine of the American Society for Biochemistry and Molecular Biology.

“I would go to bed thinking about the next day’s experiments and then jump out of bed in the morning and rush to the laboratory,” he said.

Solving the genetic code won a Nobel Prize for Dr. Nirenberg, his lab chief, in 1968.

Dr. Leder then turned to the problem of gene structure and worked out the composition of DNA units in the gene for alpha-globin, the first mammalian gene to be sequenced. Four globin units, two alpha and two beta, make up hemoglobin, the oxygen-carrying component of red blood cells.

In 1980 he moved from the National Institutes of Health to Harvard and became founding chairman of the university’s new department of genetics, a post he held until 2008. Exploring how the genes of the immune system produce a vast diversity of antibodies, the defense mechanisms against infectious disease, he found that cells methodically rearrange the two genes that encode part of the immunoglobulin molecule.

The antibody-producing cells, known as B cells, are the site of a rare cancer known as Burkitt’s lymphoma. Dr. Leder found that in Burkitt’s lymphoma cells, the chromosomes are erroneously rearranged in such a way that a gene called myc, which is involved in controlling the growth of a cell, is swapped into a region containing the immunoglobulin genes. Divorced from its proper regulatory controls, the myc gene drives the B-cell into cancerous proliferation.

Dr. Leder then showed that if a myc gene shorn of its regulatory system is injected into the mouse genome, the mice in the experiment will be unusually prone to cancer. He received the prestigious Albert Lasker Award in 1987 for this work on the genetics of immunoglobulins and cancer.

Philip Leder was born on Nov. 19, 1934, in Washington. His mother, Jacqueline Bourke, was a nurse until she married his father, George Jacob Leder, who owned children’s clothing stores in Arlington and Falls Church, Va.

Philip attended Western High School in Washington and then went to Harvard, where he obtained a bachelor’s degree in 1956 and a medical degree four years later.

He is survived by his wife of 60 years, Aya (Brudner) Leder; three children, Micki, Ethan and Benjamin Leder; and eight grandchildren.

In an interview on the Lasker Foundation’s website, Dr. Leder noted that scientific research was not for the fainthearted. “If you can’t stand failure and disappointment, you can’t do this work,” he said. “What you work for in this business is the grudging appreciation of the few colleagues who understand what you are doing.”

He often said that he got his best scientific ideas while listening to classical music, so much so that he would take a notepad with him to concerts.

Dr. Leder gave an interview for a 1994 book “The God I Believe in: Conversations About Judaism.” The author, Joshua O. Haberman, asked him if he believed in the hope of a Messiah. Dr. Leder replied: “I do have faith that, as we come to understand ourselves more as beings, as individuals, as genetically programmed organisms, this knowledge will contribute to bettering the human condition. It’s a little hard to equate that with a Messianic faith, but that’s my Messianic faith in a way.”

Are You Pregnant and Concerned About Coronavirus? Tell Us Your Concerns.

Has Coronavirus Affected Your Fertility Treatments? Tell Us Your Concerns.

The price of Sony's PlayStation 5 might give you sticker shock

Trump flip-flops on question of receiving a novel coronavirus test

How Coronavirus-Weary Americans Are Seeking Joy

Researchers Are Racing to Make a Coronavirus Vaccine. Will It Help?