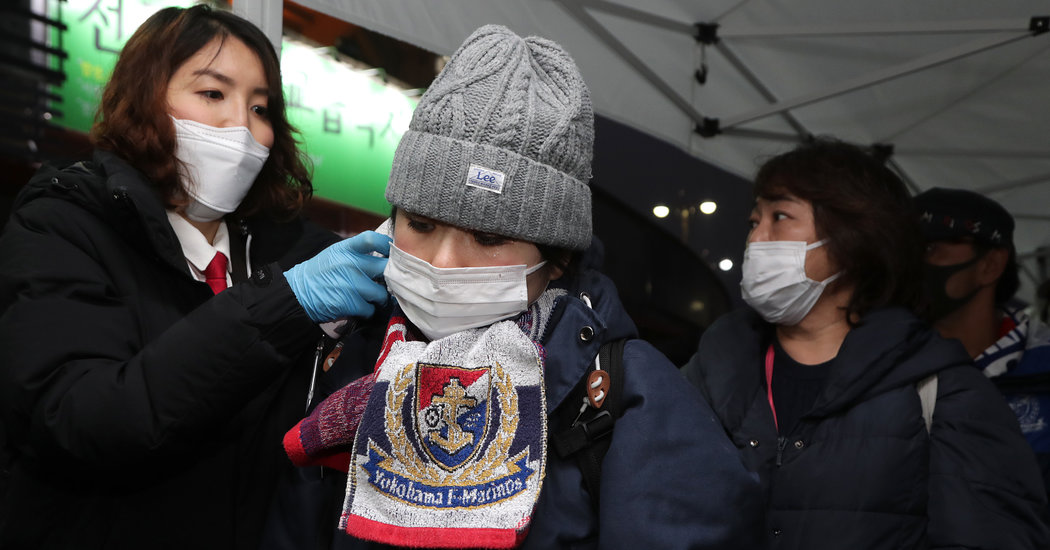 In China, officials struggling to contain the spread of the coronavirus have delayed the start of the soccer season for months, and at least one top-division team has been marooned in the Middle East for weeks, unable to return from a preseason training camp.

In South Korea, fans attending matches have been checked for fever before being allowed inside stadiums, and masks are ubiquitous in the stands in Japan, where there will be no league play until at least mid-March.

But the effects of the coronavirus on the global soccer calendar have crossed borders, too. Asia’s soccer confederation announced three weeks ago that the matches in its biggest club championship involving Chinese teams would not be played for several months, and Vietnam has banned the hosting of sporting events of any kind this month, forcing even more games to be rescheduled.

Now the disruption has spread to Europe.

In Italy, where the number of confirmed coronavirus cases neared 300 on Tuesday, at least one game — the second leg of a knockout tie on Thursday between Internazionale of Milan and Ludogorets of Bulgaria in the Europa League — is to be played behind closed doors as the authorities continue to restrict public gatherings in the northern region of Lombardy.

The decision on Tuesday to play the game without spectators came after the Italian authorities postponed four league games last weekend.

Inter Milan, a top contender for the Italian league title, said the decision was a result of several days of talks with health officials in Lombardy and European soccer’s governing body, UEFA, over how to stage the game, which could not be canceled because of the lack of alternate dates.

The game against Ludogorets is believed to be the first time a European soccer match has had to be played behind closed doors because of a health crisis. Usually such conditions are imposed on teams as a punishment for fan violence or racist episodes.

Inter, which is owned by a Chinese company, had already been taking steps to minimize the risks to its staff members from the virus. Nonessential employees have been told to work from home, and the club has purchased stocks of face masks and hand sanitizer for the team’s headquarters.

The decision to go ahead with Thursday’s match at Milan’s cavernous San Siro stadium was confirmed on Tuesday. Inter, which has an even bigger game on Sunday, when it is scheduled to visit first-place Juventus, was one of the four Italian clubs that postponed a match in the country’s top league last weekend.

Other European countries are now contemplating similar possibilities. On Tuesday, the French club Olympique Lyonnais said in a statement that it had “taken note” of the French authorities’ decision to let its match against Juventus in the Champions League proceed “in its initial configuration” on Wednesday night. Up to 3,000 fans of Juventus, a team based in the northern Italian city of Turin, are expected for the game, which is sold out.

Asked about the match, Olivier Véran, France’s health minister, told RTL radio that the authorities were being vigilant but that there were currently “no scientific and medical arguments” justifying the cancellation of large events in France.

He added, “We are not closing the borders because we do not know how to, but because it would make no sense at this stage.”

Health officials and governments in Asia, where sports schedules have been most affected since the virus first started to spread, are facing a far different reality.

When Afshin Ghotbi, the Iranian-American coach of the Chinese team Shijiazhuang Ever Bright, was thrown into the air by his soccer players in early November after clinching promotion to the Chinese Super League, he had no inkling that almost four months later, he and his squad would still be waiting for the new season to begin.

Shijiazhuang Ever Bright, whose home city of 11 million is about 165 miles southwest of Beijing, should have kicked off its new campaign last weekend. But instead of taking on Chinese superclubs like Guangzhou Evergrande and Shanghai SIPG in front of 40,000 fans, Ghotbi’s team is playing preseason games in empty stadiums in Abu Dhabi, its base for five weeks and counting.

Team officials said that they did not expect to play competitive soccer until at least May or even be allowed to return to China before mid-March.

“It is a challenge for the players,” Ghotbi said. “They are away from their families and psychologically they feel very helpless.”

Ghotbi, a former head coach of Iran’s national team, has experience in global events disrupting sports schedules. He was in charge of the Japanese club Shimizu S-Pulse in 2011 when an earthquake and tsunami caused the Japanese league’s season to be delayed for six weeks.

“Back then, we also tried to use the football team as a source of inspiration and hope,” Ghotbi said. “And we are trying to do the same now through banners in the stadiums we play and through social media, though it is different as we are outside China.”

To keep his players sharp physically and mentally, he and his coaches have created a points system for intrateam activities, among other distractions. “Even changing the hotel can make a difference,” he said.

Similar challenges are now being faced across East Asia. South Korea, where the number of confirmed coronavirus cases neared 1,000 on Tuesday, postponed the start of its domestic season indefinitely on Monday. The next day, Japan’s J. League announced a delay of three weeks.

Individual qualifying matches for the 2022 World Cup and the 2020 Olympics have already been moved; in one extreme example, the China women’s soccer team was quarantined inside an Australian hotel, forced to exercise and train in hallways, before it was allowed to play a series of Olympic qualifying games.

Yet it is the group stage of the Asian Football Confederation’s Champions League, with 32 teams spread across eight time zones, that is causing the biggest headaches.

After an emergency meeting in Kuala Lumpur on Feb. 4, the A.F.C. decided to reschedule the first three group games for the Chinese entrants in the competition: Guangzhou Evergrande and two teams from Shanghai. That means they will have to play all six games in the group stage from April 7 to May 27. The second round is scheduled to start in East Asia — the tournament is divided into two geographic zones until the final — on June 16.

Yet with Japan and South Korea suspending their leagues, and 12 deaths recorded in Iran, it may become difficult for the Champions League to continue as planned.

The implications of the spread of the virus, though, are a concern around the globe, even in places where the virus has not yet spread. On a conference call Tuesday with senior executives of Manchester United, the giant English team with partners, fans and financial interests in the lucrative Asian market, an American analyst asked if the virus would have any effect on the club’s billion-dollar bottom line.

“It is a very fluid situation,” Manchester United’s executive vice chairman, Ed Woodward, replied, “and we are monitoring it closely.”

What We Can Learn From Endurance Athletes About Getting Through This...

Amid the Coronavirus Crisis, Heart and Stroke Patients Go Missing

One Problem With Trying To Use Charlize Theron For A Mad...

China to Ease Coronavirus Lockdown on Hubei 2 Months After Imposing...

Covid-19 Changed How the World Does Science, Together

‘We Are Frightened’: U.K. Doctors Brace for a Coronavirus Explosion