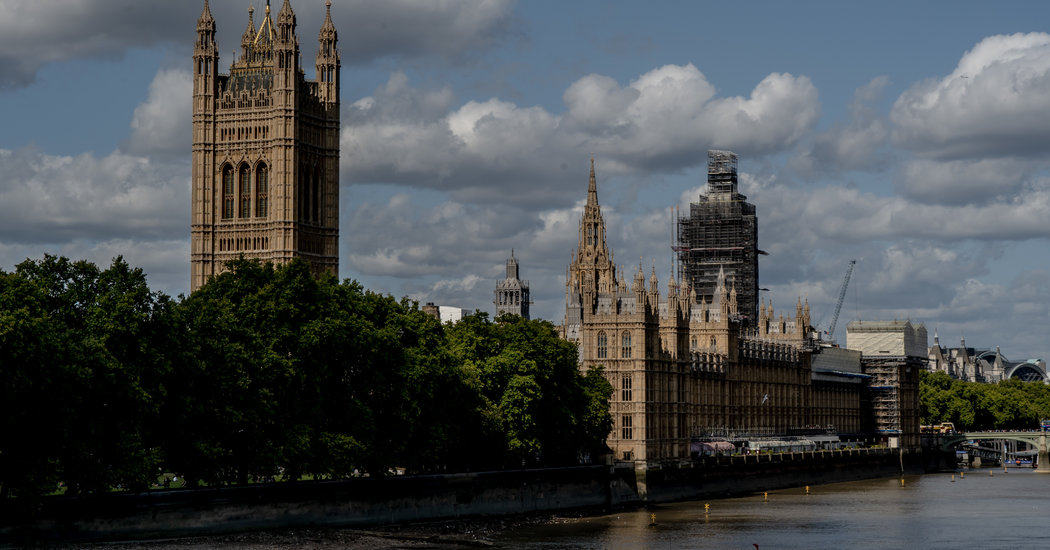 LONDON — A 360-year-old passageway once used by British monarchs has been rediscovered inside Parliament, revealing a piece of history that was thought to have been permanently covered up after World War II.

For decades, it was thought that the only remnant of the passageway, built in 1660, was a brass plaque inside Westminster Hall, the oldest of Parliament’s buildings, marking where the entrance would have been.

Instead, access to the passage had remained hidden in plain sight for about 70 years.

“To say we were surprised is an understatement,” Mark Collins, historian of the Parliament’s estates, said in a statement on Wednesday. “We really thought it had been walled up forever after the war.”

The passage, created for a procession to the 17th-century coronation banquet of Charles II, was then used for about 150 years for other coronations and by lawmakers to gain access from the hall through to the original House of Commons chamber. Among the luminaries likely to have used the route include, historians believe, Robert Walpole, who is generally regarded as Britain’s first prime minister.

Benjamin Franklin would also have passed through it on visits to the House of Commons during his time living in London. Others who walked the flagstones as they made their way to the chamber were the diarist Samuel Pepys; Charles James Fox, Britain’s first foreign secretary; and William Pitt the Younger, who in 1783 became the country’s youngest prime minister, at age 24.

“To think that this walkway has been used by so many important people over the centuries is incredible,” said Lindsay Hoyle, the current speaker of the House of Commons, who in recent weeks became the first senior lawmaker to visit the find.

The passage leading through to Westminster Hall was blocked up on both sides in the mid-19th century as part of renovation works after a fire in Parliament. The route lay untouched for close to a century until it was found by workers carrying out repairs after the building was bombed in World War II.

In an attempt to preserve that restored access, workers carved a small wooden door into the paneling in the adjacent hallway — but the result turned out to be too discreet. With the passing of time, the door was forgotten and historians thought that the 1950s repair job had blocked access entirely.

The panel, with a small keyhole, went unnoticed — or at least unquestioned — until it was rediscovered last year by a team looking through archival documents while working on the nearly $5 billion restoration plan currently underway in Parliament.

After a key was made to fit the keyhole, the team discovered that it led to a small room, inside which they found the original hinges for two wooden doors — 11 feet tall and 6 feet wide — that would have opened into Westminster Hall.

“The speakers of the House of Commons would have come this way — many many M.P.s over the centuries,” Liz Hallam Smith, the historical consultant for Parliament’s architecture and heritage team, told the BBC, referring to members of Parliament. “So it shows it’s a really historic route.”

The discovery of the passage was not the only surprise for the team of historians: They also found graffiti dating to 1851 on one of the walls.

When the door was blocked up in the 19th century, the Victorian laborers who laid the bricks left behind a personal mark. Scribbled on the wall — and still legible today — was a note, part of which read, “This room was enclosed by Tom Porter who was very fond of Ould Ale.”

Westminster Hall dates to the 11th century, though most of the Houses of Parliament, also called the Palace of Westminster, was constructed in the mid-1800s.

The passing decades have taken their toll. In a 2016 report, the building was labeled a fire risk, and last year a leak sent water gushing into the Commons debate chamber, halting proceedings.

In 2018, lawmakers approved a refurbishment program that is expected to cost nearly $5 billion, but progress has been slow and contractors say that the completion of the work could be delayed by several years.

As the restoration project continues, Ms. Hallam Smith, the historical consultant, said that the latest rediscovery of forgotten history was unlikely to be the last.

“Finding something as important as this was extremely exciting,” she said in an interview on Thursday. “It shows that the Palace of Westminster still has all these secrets to give up.”

Australia’s Volunteer Firefighters Are Heroes. But Are They Enough?

The Israel Election (Round 3): Here’s What You Need to Know

How To Best Use Netflix: 7 Tips To Get The Most...

London Fashion Week: All the stars on the front row, from...

Ivan Kral, Rocker With Patti Smith and Others, Is Dead at...

Under Armour, Already Struggling, Says 2020 Will Be Rocky

He Combs the Web for Russian Bots. That Makes Him a...

Abel Prize in Mathematics Shared by 2 Trailblazers of Probability and...