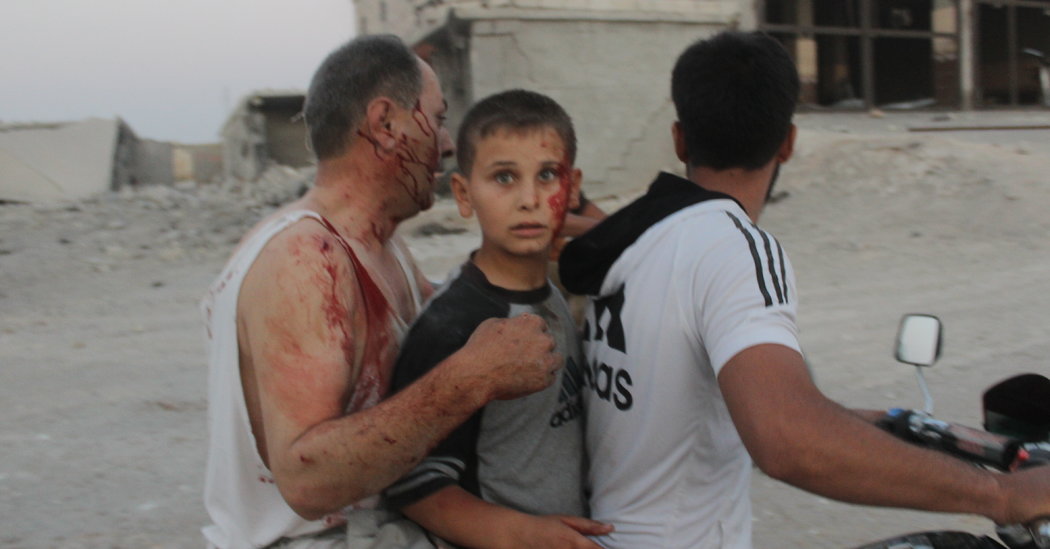 GENEVA — United Nations investigators said on Monday that Russia had committed war crimes in Syria by carrying out indiscriminate airstrikes on civilian targets in 2019, condemning tactics they said the Syrian government and its allies were still using in the northwest province of Idlib.

The investigators also said that Syrian rebels allied with Turkey had carried out war crimes during the invasion of Kurdish areas in northern Syria, and that Al Qaeda-linked rebels had inflicted scores of civilian casualties in rocket attacks on government-held areas.

Their accusations were made in the latest report of the United Nations Commission of Inquiry on Syria, the Geneva-based panel that has been monitoring the nearly decade-old conflict in Syria.

The investigators said Russian aircraft had carried out a “double tap” attack on a market last July 22, killing at least 43 civilians, and an airstrike on a camp for displaced civilians in August that killed at least 20 people.

In both airstrikes, “the Russian Air Force did not direct the attacks at a specific military objective, amounting to the war crime of launching indiscriminate attacks in civilian areas,” the three-person panel said, citing eyewitness accounts, video footage and intercepted communications with pilots conducting the strikes.

The findings of the commission, which will present its report to the United Nations Human Rights Council next week, provided an authoritative and independent assessment of Russian conduct in the Syria conflict that corroborated reporting by human rights groups and media, including The New York Times.

There was no immediate Russian response to the commission’s findings. Russia has repeatedly denied accusations that its forces have indiscriminately attacked civilians.

The report focused on events between July and January but members of the panel made clear they believe pro-government forces have continued to commit war crimes in the offensive underway in northwestern Syria, which has driven nearly a million people from homes toward the Turkish border of Idlib.

The panel said the offensive had been punctuated by intensive bombardment inflicting “unprecedented levels of suffering and pain.”

Besides attacks on civilian targets, which are protected under international law, the commission also observed a “crime of intentionally terrorizing the population” in order to force civilians to move.

“We are seeing that picture emerging very clearly, for example, in Idlib,” Hanny Megally, a member of the panel, told reporters in Geneva.

The commission said Turkey should investigate whether it was responsible for an airstrike in October on a convoy of vehicles carrying around 400 people days after a Turkish military assault on Kurdish areas of northern Syria. The attack killed 11 people and wounded 74, and although Turkey has denied any involvement, human rights groups attributed the strike to Turkish aircraft.

The commission said it was continuing to investigate the incident.

It said it believed a Syrian rebel force allied with Turkey, the Syrian National Army, had committed the war crimes of murder and pillage, citing the killings of the Syrian Kurdish politician Hevrin Khalaf and her driver, who were dragged from their vehicle and executed.

Turkish commanders could bear criminal responsibility for those deaths if the fighters responsible were found to have been under their effective command and control, the panel said.

Mapping the Damage From the Beirut Explosions

In Slum at Epicenter of Duterte’s Drug Crackdown, Fear and Love...

Will the Olympics Go On? Japan’s Businesses Would Like to Know