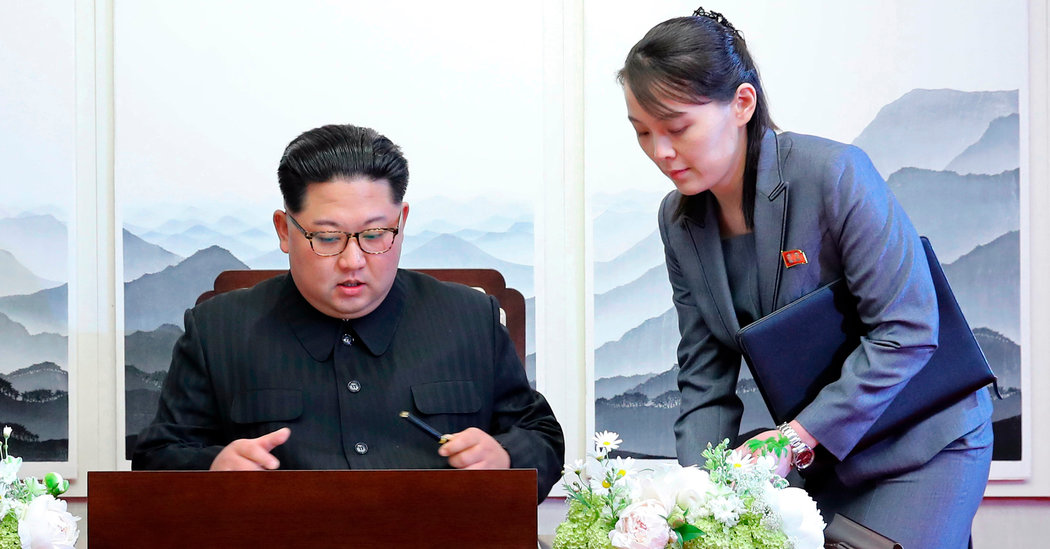 Kim Yo-jong, Mr. Kim’s only sister, also serves as one of his closest aides. She helped arrange the first summit meeting between Mr. Kim and President Moon Jae-in of South Korea in 2018, visiting Seoul with her brother’s letter of invitation.

On Tuesday, in the first​-ever​ statement​ issued under her name, Ms. Kim heaped scorn on South Korea, another sign that relations between the North and South have chilled since the collapse of a second summit meeting between Mr. Kim and President Trump​ in February last year​.

In her statement on Tuesday, Ms. Kim​ said the South had no right to criticize the North’s test when it conducts its own exercises, whether alone or together with the United States.

“Such incoherent assertion and actions made by Chongwadae only magnify our distrust, hatred and scorn for the South side as a whole​,” she said, according to the English translation by the North’s official Korean Central News Agency​. ​“It is us who have to express ​’strong regret​’ at such incoherent and imbecile way of thinking of Chongwadae​.”

Mr. Kim’s second summit meeting with Mr. Trump, in Vietnam last year, ended without an agreement over how to denuclearize North Korea or when to ease American-led U.N. sanctions.

North Korea has since called on South Korea to ignore international sanctions and bolster inter-Korean economic ties, a demand the South has resisted.

On Tuesday, Ms. Kim did not attack Mr. Moon by name. But she said that if South Korea “is set to get down to doing anything with us, it had better be more brave and fair and square.”

Last week, the United States and South Korea announced that they postponed their joint annual military drills, originally scheduled for this month, because of a coronavirus outbreak in the South. Ms. Kim said she doubted that the South would have canceled the drills for any other reason.

In Coronavirus Fight, China Sidelines an Ally: Its Own People

Apple is limiting China travel and has closed one retail store...

Indonesia Has No Reported Coronavirus Cases. Is That the Whole Picture?

South Korea Goes to the Polls, Coronavirus Pandemic or Not