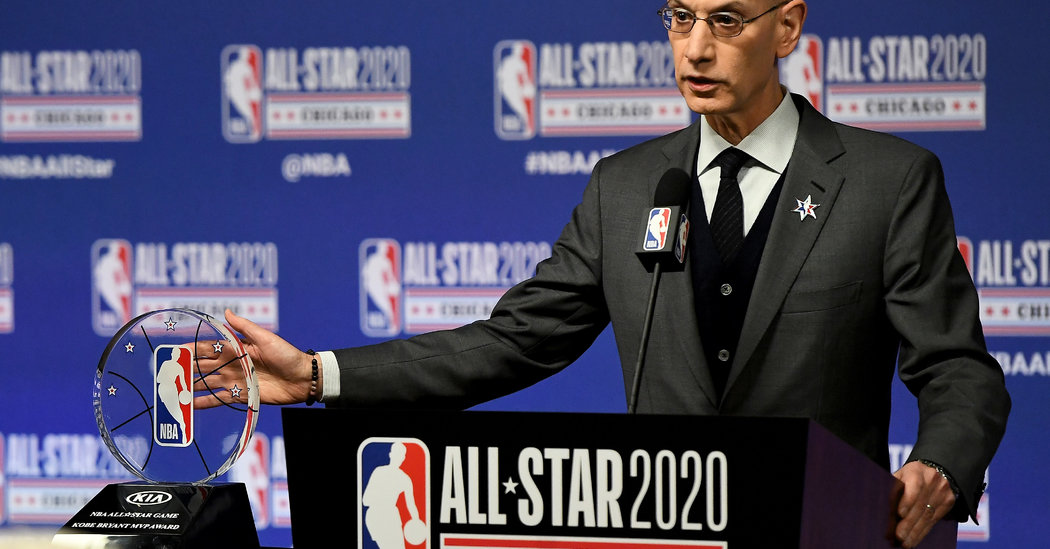 The N.B.A. will suspend its season after a Utah Jazz player was found to have tested positive for the coronavirus, the league announced on Wednesday. The league said the suspension would take effect after the completion of Wednesday’s schedule.

The announcement came after a game between the Jazz and the Thunder at Oklahoma City’s Chesapeake Arena on Wednesday night was postponed for reasons that were not immediately clear.

“The N.B.A. will use this hiatus to determine next steps for moving forward in regard to the coronavirus pandemic,” the league said in its statement.

In Oklahoma City, the game was seconds away from starting when the Thunder’s head medical staffer sprinted onto the court to talk to referees. Players from both teams then left for their locker rooms.

After about a 20-minute delay that included a dance number and a musical performance, the arena’s public-address announcer informed the crowd that the game had been postponed “due to unforeseen circumstances.” He urged calm as fans headed toward the exits. Many of them booed.

This is a developing story. Check back for updates.

Angelo Rottoli, Italian Boxer and Man About Town, Dies at 61

Video footage shows the empty streets of London as it enters...

The State of Mobile in 2020 [Infographic]

Paul Marks, Who Brought Sloan Kettering to Greatness, Dies at 93

Men Convicted in Delhi Bus Rape Are Hanged in India

Need a Coronavirus Test? Being Rich and Famous May Help