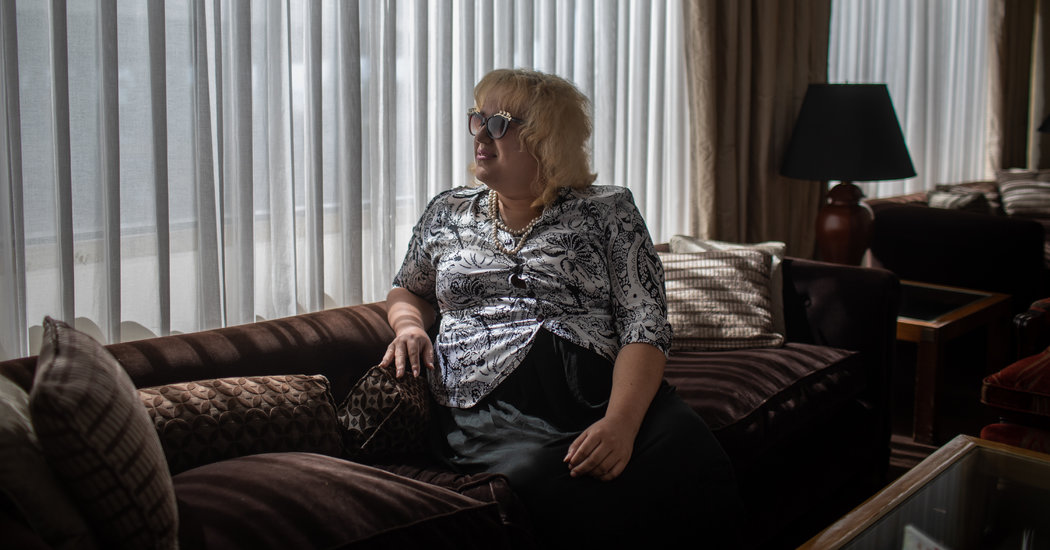 María Castillo de Lima, a singer at Argentina’s premier opera house, had turned what began as a drag persona into a permanent identity in 2014.

But onstage at the Colón Theater in Buenos Aires, where she holds a coveted role in the permanent choir, Ms. Castillo was expected to belt out notes in the tenor range she had auditioned for in 2010.

“I was still a tenor, which generated a certain amount of distress, having to rehearse alongside men,” Ms. Castillo said. “Considering I was a woman, on paper and in reality, it created a contradiction.”

For years, no one at the theater seemed inclined to address that incongruity.

While transgender people in Argentina have enjoyed broad legal protections from discrimination since 2012, there was no precedent at the Colón Theater to accommodate a singer who wanted to make a rare vocal leap.

“There was resistance,” María Victoria Alcaráz, the theater’s director, said in an interview. “At institutions as old and traditional as the Colón Theater, there’s a tendency to do things the way they’ve always been done.”

Getting the theater to budge took years of dogged training, an extraordinary vocal range and a showstopping performance last year that turbocharged Ms. Castillo’s career — turning an accomplished lyrical singer into a breakout star who has shaken up the staid opera scene.

From her background, Ms. Castillo, 34, would seem to have been an unlikely opera star. But she pursued her dream from an early age.

She was born in a small town outside São Paulo to a Brazilian mother who made a living cleaning wealthy people’s houses and an Argentine father who worked in construction. During her childhood, the family toggled between the two countries as work opportunities came and went.

“It was an austere childhood but I never lacked anything, and my parents always made sure we had the essentials: education and food,” said Ms. Castillo, the oldest of three children. “They made it clear that to get ahead, we needed to study.”

Having been raised poor didn’t dissuade Ms. Castillo from pursuing a career in music. At 14, she enrolled at the Gilardo Gilardi Conservatory of Music in La Plata, Argentina, near Buenos Aires.

During her early years at the conservatory, a public institution where she studied for free, Ms. Castillo trained as a pianist. But she soon found her calling in lyrical singing.

At 15, she wrote the first of three operas, a Bel Canto piece titled “Liria,” which told the story of a woman who predicts the future by interpreting her dreams. The story was inspired by Ms. Castillo’s lifelong fascination with dreams — the aspirational kind as well as the involuntary.

“I sometimes have dreams that then somehow turn into reality,” she said.

The singer said that she had learned over the years to listen to the messages and perceptions that emerged in dream states. “While they sometimes appear subjective at the beginning,” she said, “later they take on an objective form.”

As her time at the conservatory came to an end, Ms. Castillo’s dream became crystal clear: She wanted to work as a professional opera singer.

In 2008, she got her first big break, landing a job as a tenor on the permanent choir of the Argentine Theater of La Plata, a well-regarded opera house.

It was an unusual feat for a 22-year old, Ms. Castillo said, noting that most fellow entry-level singers were in their 30s or older. “A tenor’s voice takes a long time to develop, to mature,” she said.

Two years later, she joined the permanent choir at the Colón Theater, prevailing over hundreds of applicants from around the world who audition whenever openings appear.

The accomplishment filled Ms. Castillo with pride. But as she settled in Buenos Aires and began performing with world-class singers at the gilded theater, something felt amiss.

She found it one night in December 2011 at the Cultural Mousetrap, a scrappy alternative theater where Ms. Castillo made her debut in drag, performing as Maria Vkallasova, a Russian diva.

People in the audience that night, including some colleagues from Colón, were startled when they heard Ms. Castillo hit high notes in the dramatic soprano range effortlessly without resorting to a falsetto.

“It was something of a playful thing then,” she said. “But people were surprised.”

Gradually, traits of Maria Vkallasova, who had a brash and playful personality, began creeping into Ms. Castillo’s offstage life.

“I would gauge people’s reaction in the lyrical world, which can be so rigid,” she said. “People started getting used to it, especially as they realized this was a genuine change.”

In 2014, Ms. Castillo changed the gender marker in her official documents, the culmination of a transition that she said was never terribly distressing.

“I don’t look back on that past with pain,” she said. “I view it as a period that helped me build who I am today, personally and artistically.”

Ms. Castillo did not undergo hormone therapy, fearing that doing so could alter her voice. But she continued to train tirelessly to master the soprano range.

Last March, she entered an international lyrical singing contest in the western province of Mendoza — a high-stakes opportunity to show how far she had come as a singer.

Among the judges in the audience was Ms. Alcaráz, the director of the Colón Theater, who until then had known Ms. Castillo only as a tenor. Seconds into the performance, the director was dazzled and shocked.

“It was the first time I heard her as a soprano,” said Ms. Alcaráz, who described Ms. Castillo’s range as extraordinarily unusual for a lyrical singer. “I felt a certain amount of guilt for not having heard her before and for not having done something sooner.”

Ms. Castillo won second place in the contest, and soon after Ms. Alcaráz assembled a team of lawyers, managers and artistic directors at the theater to find a way to enable Ms. Castillo to make the switch to soprano on the choir.

Several officials raised concerns about the precedent such a change would set. But Ms. Alcaráz was adamant that they find a way.

Within a few weeks, Ms. Alcaráz’s team came up with a policy to let any singer apply for a change in range, and Ms. Castillo was formally classified as a soprano.

That switch, which has since enabled three cisgender singers at Colón to apply for range changes, sparked a flurry of news coverage about Ms. Castillo. The city of La Plata, where she got her start, honored her last July as an exemplary figure in the arts.

Ms. Castillo has spent the past few weeks co-starring in a show in Mar del Plata, a seaside city, where her performance has been hailed by critics.

In one of the most memorable moments, Ms. Castillo sings the male role in a famous song from “La Traviata” and then seamlessly picks up the female role — a switch that leaves audiences awe-struck.

Ms. Castillo said she only dabbled in the tenor range these days, but that having gone through life as both female and male would continue to pay dividends for her.

“It’s given me a 360-degree view of the sensations that we as human beings experience,” she said. “When it comes to applying that artistically, it’s fantastic.”

Orlando Moncada, a Building Foreman in Manhattan, Dies at 56

A library by Janine Stone

No Swimming Pools? No Sports to Announce? No Problem

Air Pollution, Evolution, and the Fate of Billions of Humans

India Restores Some Internet Access in Kashmir After Long Shutdown

Who and What’s Behind the Blockades Disrupting Canada’s Rails

Abortion Case in Colombia Could Be a Landmark in Latin America