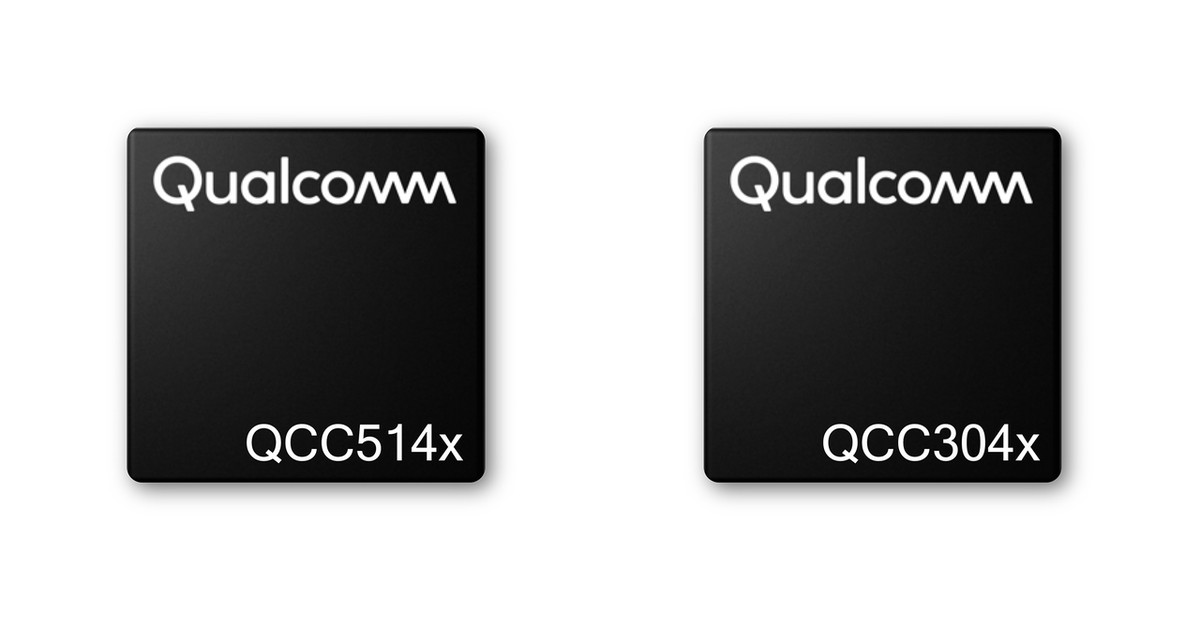 Qualcomm is announcing a pair of new Bluetooth chips designed for wireless earbuds, the Qualcomm QCC514x and QCC304x SoCs. Both chipsets will support Qualcomm’s TrueWireless Mirroring technology for more reliable connections, along with integrated, dedicated hardware for Qualcomm’s hybrid active noise cancellation and onboard support for digital assistants.

Qualcomm’s TrueWireless Mirroring handles connections to a phone through a single earbud, which is then mirrored (hence the name) to the other earbud, which cuts down on the amount of synchronization needed (in theory) for a more reliable connection. If you take out the primary earbud, the system is designed to transition the connection seamlessly over to the mirrored earbud, too. The system also helps make sure that a pair of headphones shows up as a single connection to a phone, instead of “two” separate headphones.

The other major feature here is Qualcomm’s “hybrid ANC,” which promises integrated noise-cancellation technology — allowing for cheaper earbuds with active noise cancellation — while also enabling what the company describes as “leak-through” for outside noise, in a feature that sounds similar to transparency modes on regular noise-canceling headphones. Qualcomm also says that the new chips are more power efficient, promising better battery life (even with noise-cancellation enabled).

The main difference between the more premium Qualcomm QCC514x and the entry-level Qualcomm QCC304x SoCs has to do with voice assistant integration: the QCC514x can offer always listening wake-word activation for voice assistants (similar to Apple’s AirPods or Amazon’s Echo Buds). The QCC304x, on the other hand, only offers push-button voice assistance — meaning that you’ll have to physically activate the listening mode, instead of having it hear a “Hey, Google” or “Alexa” command.

But by making features like voice assistants and ANC standard for even entry-level headphones, Qualcomm could be ushering in an era where all wireless earbuds offer these kinds of features, not just ultra-premium models like Apple’s AirPods Pro or Sony’s WF1000XM3 earbuds. And that’s an exciting prospect.

You can play Candy Crush with free, unlimited lives this week

The Oculus Quest is back in stock

In a Pandemic, Religion Can Be a Balm and a Risk

Valve explains one of Half-Life: Alyx’s first levels in this video...