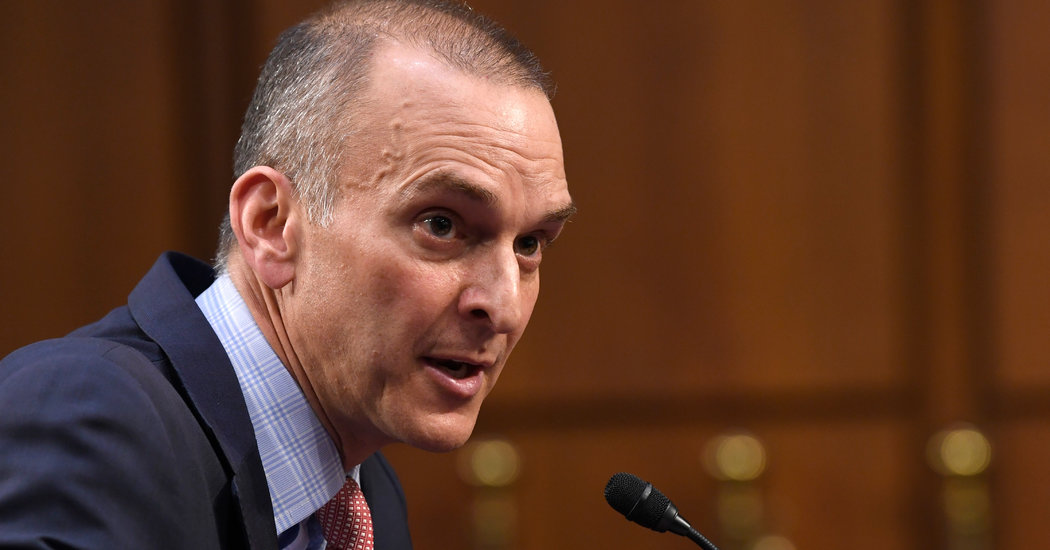 For athletes inclined to cheat with performance-enhancing drugs, the Covid-19 pandemic has presented an extraordinary opportunity: Enforcers for the time being are not going to knock on their doors demanding a urine or blood sample.

Nearly every day in normal times, an antidoping official may be crossing borders, seeking a world-class athlete to submit a sample, while other officials are gathering intelligence, meeting with whistle blowers or working in labs to try to find testing techniques that will put them one step ahead of the cheaters.

These are not normal times.

Much of that work has ground to a halt in countries that have locked down, urging citizens to stay at home and avoid close contact with other people. This has prevented the antidoping authorities from pursuing one of the most effective deterrents — testing athletes when they are not competing and cannot predict the timing of a drug test.

“It’s why we run year-round, out-of-competition testing programs,” said Travis Tygart, chief executive of the United States Anti-Doping Agency. “Covid-19 has put a serious strain on antidoping. We’d be foolish to think some weren’t out there doing their best to exploit it so they have a better opportunity when this eventually passes.”

Unscrupulous athletes generally take performance-enhancing drugs while training, to test their effectiveness and to get a leg up months before a competition.

On Friday, Tygart said that a hiatus for antidoping regulators could be expected to last several weeks and that the pause could wreak havoc on efforts to control illicit performance enhancement.

Athletes tempted to experiment with performance-enhancing drugs now could have a window of opportunity to do so. Reports from Australia on Monday that two officials from that country’s antidoping agency had tested positive for the novel coronavirus, which causes Covid-19, highlighted the potential complications of resuming testing that is a regular part of an elite athlete’s life.

The virus is said to be spreading in Russia, whose Olympic team has been banned from the next Summer Olympics because of a yearslong, state-sponsored doping program. But Russia may still have athletes at the Games competing for a neutral team, provided they can pass a regimen of doping tests.

While there are reports that the virus is under control in parts of China and other parts of Asia, Japan has seen a rash of new cases.

“At the end of the day, it’s safety first, the health of people first, and that means the health of antidoping personnel and the health of the athletes,” said Olivier Niggli, director general of the World Anti-Doping Agency.

Traditionally, people who use performance-enhancing drugs do so for a period of a few weeks to a few months. The drugs allow athletes to train harder and recover more quickly, so they become stronger and fitter. Athletes try to time their doping cycles ahead of major competitions, where they are most likely to be tested, but not so far ahead that they can’t sustain the gains they have made with the drugs.

Most major athletic competitions have been suspended at least for the next month or two.

The International Olympic Committee on Monday announced that the postponed Tokyo Games would take place in July and August of 2021. Niggli said any athlete serving a suspension that extended through this summer’s postponed Olympics but that was due to end before the new dates would be allowed to compete next summer in Tokyo.

Any effective testing program requires at least a six-month lead before a major competition, Niggli said, and that amount of time would not have been available had the Games opened this July as scheduled.

Sebastian Coe, the president of World Athletics, the governing body for track and field, on Friday described the number of tests as an “old-fashioned” metric to gauge the effectiveness of antidoping measures, but he acknowledged that the coronavirus was causing problems for antidoping efforts.

“It does clearly pose some challenges,” Coe said. But, he added, “all these organizations are at the top of their game in terms of intelligence gathering.”

Indeed, the biggest doping cases — such as Russia’s state-sponsored program, Lance Armstrong and the U.S. Postal Service cycling team, the Biogenesis scandal of 2013 — usually rely on eyewitness testimony from whistle-blowers.

Still, Tygart and Niggli said that as soon as travel bans and social distancing guidelines were lifted, antidoping organizations were likely to pursue an aggressive regimen of testing to try to make up for lost time — perhaps prioritizing athletes who have qualified for the Olympics or have qualification competitions approaching.

The chemical makeup of the samples gathered will be compared with those the athletes have given in the past, documented in what is known as the biological passport. In the best-case scenario, any athlete who exhibits a change that is deemed unnatural will be scrutinized further and, depending on what else the test reveals, face penalties.

No testing regimen is foolproof, however. Cheaters are often one step ahead of testers, and that’s when normal out-of-competition testing is underway.

“We’ll do everything we can to maintain a level playing field and protect clean sport,” Witold Bańka, the president of WADA, said on Twitter Saturday, “even in these difficult times.”

Jessica Chastain Was Approached For A Key Doctor Strange Role, According...

Apple reportedly releasing an iPad keyboard with a trackpad later this...

Made in India: The Sartorialist&apos;s portrait of a country&apos;s unique style...

10 Viggo Mortensen Movies That Prove He Is More Than Aragorn...

At the Olympics in Bombed-Out London, She Forever Changed Women’s Sports

Pitching’s Outsiders: ‘No One Wants to Play Catch With Us’