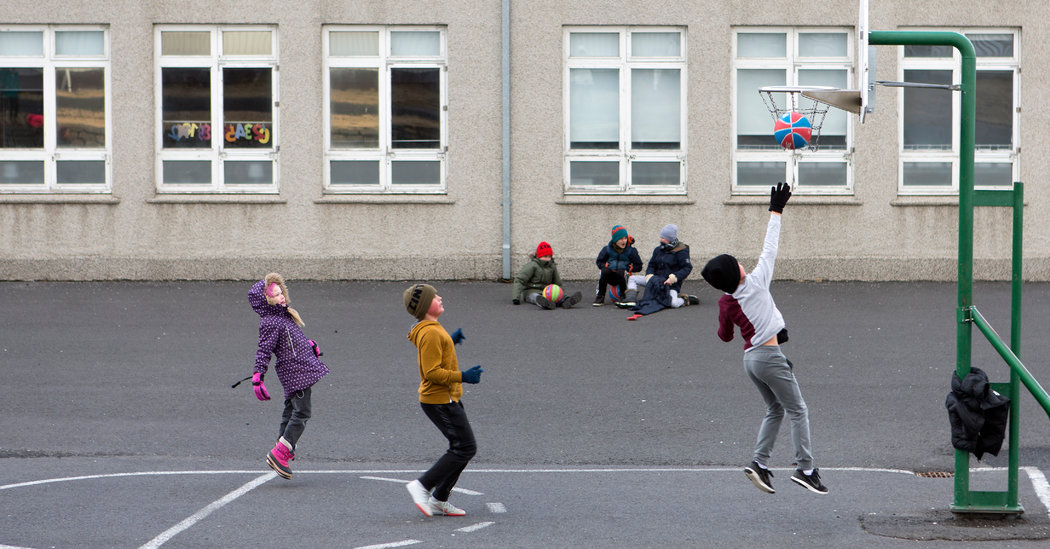 With its small population and isolated location, Iceland has earned praise and headlines for its plan to test as many people as possible for exposure to the new coronavirus. Why, some wondered, couldn’t other countries be like Iceland?

But critics inside the country have called this rosy picture misleading.

They say the tiny Nordic island country of 360,000 people has not done enough to suppress new cases of Covid-19, the disease caused by the virus. Primary schools and day-care centers remain open, as do some restaurants with limited seating. Tourists are still allowed to arrive and travel without quarantine. The authorities at first limited gatherings to 100 people, then changed that to 20, long after other countries were imposing greater social isolation.

Iceland’s goal of testing everyone faces the same logistical hurdles that all countries face, the critics point out. It does not have enough medical personnel, supplies or hours in the day to test hundreds of thousands of people in a few weeks or months. They have warned of false optimism that will ultimately lead to more infections and death.

But Kjartan Hreinn Njalsson, the assistant to Iceland’s director of health, touted what he called a landmark moment on Wednesday: “More people are now getting better than getting infected.” In fact, he said, government officials believe cases may have peaked. “We are not over the hill, but close to it.”

Mr. Njalsson also said the country is well stocked with testing swabs and other necessary materials. “We know that we will eventually need more viral swabs,” he added, “and that every country in the world is trying to secure stocks.”

But so far Iceland has been steadily testing people with and without symptoms, with the help of deCODE genetics, a company that has long operated in the country and is a subsidiary of Amgen. The country has one of the highest proportion of tests performed by any country for the coronavirus, according to government officials. They have tracked the origins of different infections, traced contacts and even looked at the virus’s different strains.

As of Wednesday, at least 30,000 samples had been tested, according to officials, and the country had at least 1,600 confirmed Covid-19 cases. Iceland confirmed its first case on Feb. 28. Six people have died.

Nearly everyone else can sign up to be tested by deCODE.

Dr. Kari Stefansson, the chief executive of deCODE, said the testing and sequencing that his company had provided indicates that, with a cohesive screening approach, “you can slow the spread of the virus, you can make it manageable for society.” The company has called for testing asymptomatic people as a way of finding undetected cases and stopping the spread of the disease.

Dagur B. Eggertsson, the mayor of Reykjavik, credited the country’s large-scale testing and daily briefings about the results with getting average citizens engaged with preparations. “We can’t use force,” the mayor said. “We have to use arguments and voice of reason to get people to work together.”

But a few dissenters have said extreme restrictions were exactly what Iceland needed to stop the outbreak entirely. They warned, for example, that keeping schools open could contribute to the virus spreading.

“It’s true that many people got tested,” said Frosti Sigurjonsson, a former member of Parliament who has been critical of the government response. “It’s more than in most countries, let’s say that, but it is certainly not true that everybody can get tested. It’s not feasible.”

Mr. Sigurjonsson and another veteran parliamentarian had written an open letter calling on the government to be more aggressive. For example, he had suggested that Iceland close to tourism and isolate infected people from their families in the empty hotel rooms. “If you can save a life, save it,” he said. “Don’t think about the cost.”

But on Wednesday he said he had been made hopeful by the latest statistics. “The growth has certainly slowed and new cases are now becoming fewer every day,” he said. “So yes. It could have reached its peak.” He suggested that the government had taken his criticism to heart.

But another critic of the government strategy, Chris McClure, an entrepreneur and trained social-behavioral epidemiologist who has worked on epidemic efforts in Connecticut and Florida in the past, said he believed the government should still take tougher steps, such as closing primary schools and day-care centers. He noted that children can be asymptomatic carriers, adding that Iceland now has confirmed cases in children.

He did acknowledge that new cases have reached a plateau. “But this does not mean it will decrease,” he said.

The evidence has shown that closing schools in other countries worked, Mr. McClure wrote in a Medium post. And while Iceland is testing about 1,000 people a day, he said, testing everyone would still take at least the rest of the year.

“Iceland started off out of the gate doing quite well,” he said during a phone interview, but “as you see occurring everywhere in the world, there is an absolute scarcity of everything. Tests, respirators, everything.”

Thorolfur Gudnason, the chief epidemiologist in Iceland, said the country was using both mitigation and suppression efforts. “We are using extreme measures with rapid detection,” he said, noting that the majority of new cases found have come from people already in quarantine..The stricter ban on gatherings took effect on March 24, and it was extended to include swimming pools, gyms, pubs and museums, which were closed. People have also been instructed to stay six feet apart.

He said primary schools and day care centers could remain open with limited class sizes and social distancing by teachers because studies have shown “infection in children is rare.” But in fact the most recent research shows children do get Covid-19 and some have died, according to preliminary report by the U.S. Centers for Disease Control and Prevention. Their symptoms tend to be milder but that means they could be spreading the virus to others in their families and communities.

Iceland has not prohibited tourists or placed them into quarantine, Dr. Gudnason said, because “we think they’re not mixing that much with the population.” They stay with their own groups and leave after a few days, he said.

“You would cause a lot of problems to the functions in society, and I don’t know if people would accept that for months and month,” he said. “It’s going to be interesting to see what’s happening in countries using extreme measures.”

Mexico Is Reopening After Quarantine. Many Worry It’s Too Early.

Amazon Kindle discounts: Save $30 on Paperwhite, $25 on Kindle

Vivianne Miedema Lets Her Goals Do the Talking

The Perfect Ending to Our Pandemic Honeymoon Road Trip

The Driving Force in Irish Politics? Finding a Decent Place to...

For Boris Johnson, a Baby Amid a Dizzying Year of Peaks...