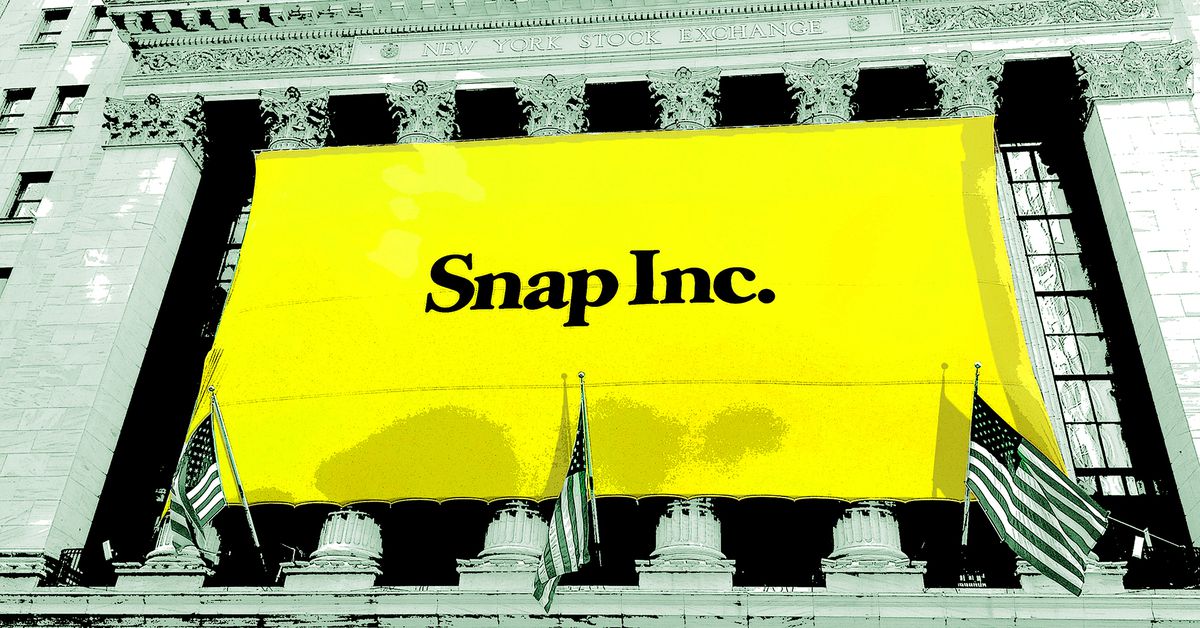 Snap has been building a product optimized for the pandemic. It features more original content than ever before, as well as games and augmented reality lenses for people to play with, keeping people glued to their screens and in the app longer than usual.

The strategy is paying off. The company said in its earnings call today that it grew its daily active users by 11 million this quarter and by 20 percent year over year. During the first quarter, 60 Snapchat shows reached over 10 million viewers, and more than 20 million people watched a Snap Original that debuted in March. Communication with friends also increased by over 30 percent in the last week of March compared to the last week of January, with more than a 50 percent increase in areas most impacted by the virus.

Although this is all good news for the company, it doesn’t change the fact that Snap is still an ad-based business that’s now competing for hard-to-come-by ad dollars, as the market shrivels up in the midst of a pandemic-spurred economic downturn. The company saw $462 million in Q1 2020 revenue, a 44 percent increase from Q1 last year. (It’s less than the prior quarter, but that’s expected — Q4 is typically companies’ biggest quarter.)

Snap’s chief business officer, Jeremi Gorman, said in prepared remarks that the company was focusing its sales teams on brands that might see an increase in business because of the pandemic, including “gaming, home entertainment, ecommerce, and consumer packaged goods.”

“Our sales teams have been focused on helping our brand partners craft thoughtful messages and create valuable experiences for Snapchatters during these difficult times,” she said. “We are partnering with brands on how to best speak with the Snapchat generation and help them discover new products and services as they spend more time at home and online.”

The online advertising business has mostly cratered as businesses close because of social distancing restrictions, and travel around the world is halted. The media business has been particularly hard hit. Local businesses are pulling back on advertising, and larger brands are focusing their efforts on sustaining their own businesses during this period of economic uncertainty. Snap has always competed with Google, Facebook, and Twitter for advertising dollars, but as different brands’ budgets tighten, Snap will have to make a more compelling case than those platforms for why advertisers should spend their marketing money at Snap, a much smaller platform than Google or Facebook, which reach billions of people every month.

Irrfan Khan, Bollywood Star at Home in Hollywood, Dies at 53

YouTube Announces $100 Million Fund to Amplify the Voices of Black...

As Neo-Nazis Seed Military Ranks, Germany Confronts ‘an Enemy Within’

Xbox One X vs Xbox One S vs All-Digital Edition: Which...

Skype tries competing with Zoom by reminding people that they don’t...