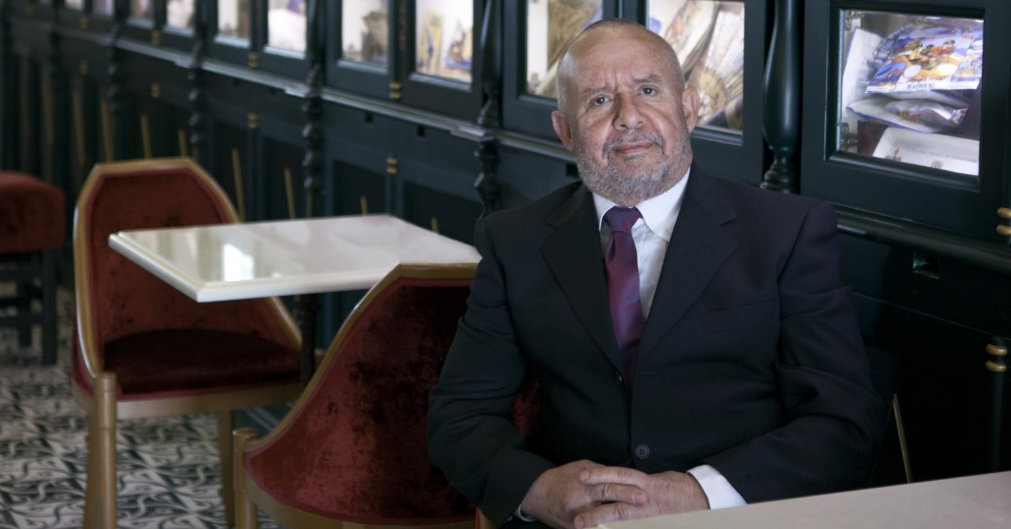 He was accused of having been a central figure in one of the largest art world scandals of recent times, but little has been heard from José Carlos Bergantiños Diaz, who the authorities say helped orchestrate the sale of $80 million in phony works.

Now in his first in-depth interview, Mr. Bergantiños Diaz, a fugitive living in Spain, has acknowledged to a documentary filmmaker that he discovered Pei-Shen Qian, the painter from Queens whose ability to mimic the work of Modernist masters fooled much of the art world.

But he denied assigning him that task or of being involved in the scheme to sell dozens of the counterfeit paintings, made by Mr. Qian in his Queens garage, as the work of artists like Mark Rothko and Jackson Pollock.

He laid blame instead on his former girlfriend, the Long Island art dealer Glafira Rosales, who sold many of the phony works through the auspices of Knoedler & Company, then one of the city’s oldest sellers of fine art, and a respected one.

“I was never ambitious; Glafira was the ambitious one,” Mr. Bergantiños Diaz, 64, told the filmmaker Barry Avrich, whose documentary, “Made You Look,” just aired on Canadian TV. “She loved fancy clothes and fancy parties.”

Ms. Rosales, 63, who pleaded guilty to nine counts of conspiracy, fraud and other crimes in 2013, told the authorities that Mr. Bergantiños Diaz used threats and abuse to coerce her into continuing with the scheme.

They arrested and charged him with wire fraud and money laundering as well as conspiring to defraud the Internal Revenue Service and other crimes in 2014, but have been unable to extradite him from Spain.

As the film depicts, the scandal rocked the art world, called into question the ability of experts to determine what works are authentic and led to Knoedler’s closure after 165 years in business.

Speaking from Spain, Mr. Bergantiños Diaz said he had made a mistake in trusting Ms. Rosales and that she had lied when she accused him of mistreating her.

“I forgive her and she is the mother of my daughter and I wish her the best,” he told the filmmaker.

Mr. Avrich, who said he has plans for a limited theatrical release of the documentary in New York and Britain in the fall, said he interviewed Mr. Bergantiños Diaz in Lugo, the art dealer’s hometown in the northwest part of the country. Mr. Bergantiños Diaz told the filmmaker that he met Ms. Rosales in Mexico and they moved to New York where, impressed by the high prices that art could fetch, they established a gallery in Chelsea.

At one point, he describes placing colleagues in an auction room to help bid up the price of a work he was selling.

But it was Ms. Rosales, he said, who had ambitions to be a big player in the art world.

The marketing of the fake paintings beginning in the mid-1990s led not only to the criminal case, but also to lawsuits by several collectors who had bought the phony works.

Among the most astonishing elements of the scheme was that the painter, Mr. Qian, was able to master the styles of a diverse array of famous painters to the point that acknowledged experts and sophisticated collectors did not notice they were frauds.

The federal authorities said it was Mr. Bergantiños Diaz who recruited Mr. Qian to produce the scores of paintings and drawings that were presented as newly discovered works by major artists. They said in court papers that he treated the canvases to make them look old and that some of the proceeds from the sales were wired to bank accounts in Spain controlled by him.

In his conversation with the filmmakers, Mr. Bergantiños Diaz described how he met Mr. Qian at the Art Students League, an arts school in New York. “We knew from the school that he was very talented at doing copies of famous artists,” he told the filmmakers.

Mr. Bergantiños Diaz bought some of his works. While he insisted Ms. Rosales had the most contact with Mr. Qian, he said that sometimes they made suggestions together about what he should paint.

He said Ms. Rosales’s work with the Knoedler Gallery was independent of him, that he never met its director, Ann Freedman, and that he was not aware that Ms. Rosales was selling work made by Mr. Qian as the real thing.

“I didn’t know everything she was selling or buying because we were distanced from each other and I have my own networks,” he said, speaking sometimes through a translator.

Mr. Avrich, who has made documentaries about the entertainment kingpin Lew R. Wasserman and the Hollywood producer Harvey Weinstein, tracked Mr. Qian down in Shanghai, where Mr. Qian insisted he didn’t know the paintings were being sold to other people. Ms. Freedman said that she, too, was fooled by the paintings she sold at Knoedler and believed they were real until Ms. Rosales confessed.

“I was convinced,” she says in the film.

According to the documentary, Ms. Rosales was working for a time as a waitress in Brooklyn. Her lawyer, Bryan C. Skarlatos, declined to comment on her behalf.

“However,” the lawyer said, “I believe that she may be willing to speak in the coming months and, if so, what she says will be very different from Mr. Diaz’s story.”

As for Mr. Bergantiños Diaz, Mr. Avrich said he had no doubt that, as the federal authorities have charged, the art dealer and his former girlfriend worked closely together in the scam.

“They were the Bonnie and Clyde of the art world,” Mr. Avrich said.

The Weird, Disturbing (and Comforting) Return of Pro Sports

Hawa Abdi, Doctor Who Aided Thousands in Somalia, Dies at 73

As Coronavirus Fades in China, Nationalism and Xenophobia Flare