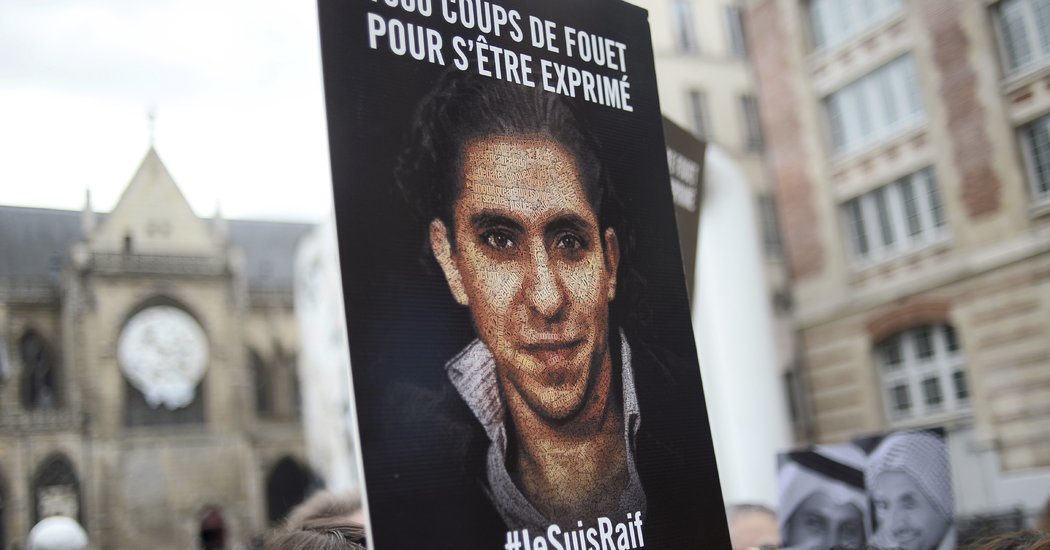 BEIRUT, Lebanon — For decades, if someone in Saudi Arabia got drunk in public or wrote an article that provoked the kingdom’s ultraconservative judges, that person could have been flogged in a public square.

Now, as part of his effort to reshape how the kingdom is run, Crown Prince Mohammed bin Salman has done away with flogging as punishment, and perhaps dampened the international condemnation that came with it.

Saudi judges can still order the beheading of murderers and drug dealers, but lower-level offenders will now be spared the rod and will get fines or jail time instead.

“I would not call it a breakthrough,” said Adam Coogle, a researcher at Human Rights Watch who tracks Saudi Arabia. “I would call it a positive step.”

Tempering his enthusiasm, he said, were what he called the many other aspects of the kingdom’s justice system that remain problematic, including the ability to hold people for months without charge, execution by beheading and the lack of a unified penal code.

“I surely hope he intends to go after the whole justice system, because it is very flawed in both regulations and implementation,” Mr. Coogle said of Prince Mohammed.

Saudi Arabia is one of the world’s few absolute monarchies and administers justice based on Shariah law. Drinking alcohol is a criminal offense, and drug trafficking often a capital crime. While stoning as a punishment for adultery and the amputation of limbs for theft remain technically on the books, they are rarely, if ever, carried out.

The lack of a unified penal code gives judges great leeway in sentencing, and flogging was most often part of the punishment for so-called moral crimes such as public drunkenness or what judges deemed to be inappropriate contact between unrelated women and men.

Some of those offenses are now seen as less grave in Saudi Arabia because of changes pushed through by Prince Mohammed. As part of his plans to diversify the economy and open up society, he has taken the power to arrest away from the kingdom’s religious police and expanded entertainment opportunities by opening movie theaters and bringing in rock concerts, professional wrestling tournaments and monster truck rallies.

At least in Saudi cities, it is much more common to see women socializing openly with men and not covering their hair or faces than it was a few years ago.

Saudi officials hailed the flogging ban as part of these changes.

“This reform is a momentous step forward in Saudi Arabia’s human rights agenda, and merely one of many recent reforms in the kingdom,” Awwad Alawwad, the president of the kingdom’s human rights commission, told Reuters.

The decision to replace flogging as a punishment with jail time and fines was made sometime this month and announced internally by the kingdom’s top court, Reuters reported.

Floggings tended to be done with a wooden cane, the swift blows going up and down the backside of the sentenced person. In the past, they were often carried out in public, adding a social stigma to the physical pain inflicted.

“It is meant to be more of a humiliation,” said Mr. Coogle of Human Rights Watch, adding that he had not heard of reports of injuries.

Public floggings have grown rare in recent years, either because the punishment was being administered in prisons or not at all.

The kingdom’s most famous flogging case was that of Raif Badawi, who ran a website that published material criticizing Saudi religious figures, lauding Western legal systems and arguing that atheists should be free to state their views without being punished.

That angered Saudi conservatives, who denounced him.

The Saudi authorities arrested Mr. Badawi in 2012 and put him on trial on charges that included cybercrime and disobeying his father. In 2014, he was sentenced to 10 years in prison, fined more than a quarter-million dollars, and ordered to endure 1,000 blows with a cane in weekly installments over several months.

But a video of the first installment, in front of a mosque in the Red Sea city of Jeddah, set off international outrage and Mr. Badawi was never caned again. While he remains in prison, he has been embraced by some in the West as symbol of the kingdom’s intolerance of freedom of thought and expression. In 2015, he was awarded the European Union’s top human rights award and nominated for the Nobel Peace Prize.

Being John Malkovich Ending Explained: What Happens To Craig, Lotte And...

Cambridge University Will Hold Its Lectures Online Next Year

What Coronavirus Means for Going to the Lake

Why Your Fitness Level Is Irrelevant in the Selection Process at...

In Iraq, a New Prime Minister Takes Stock of His Bloodied...