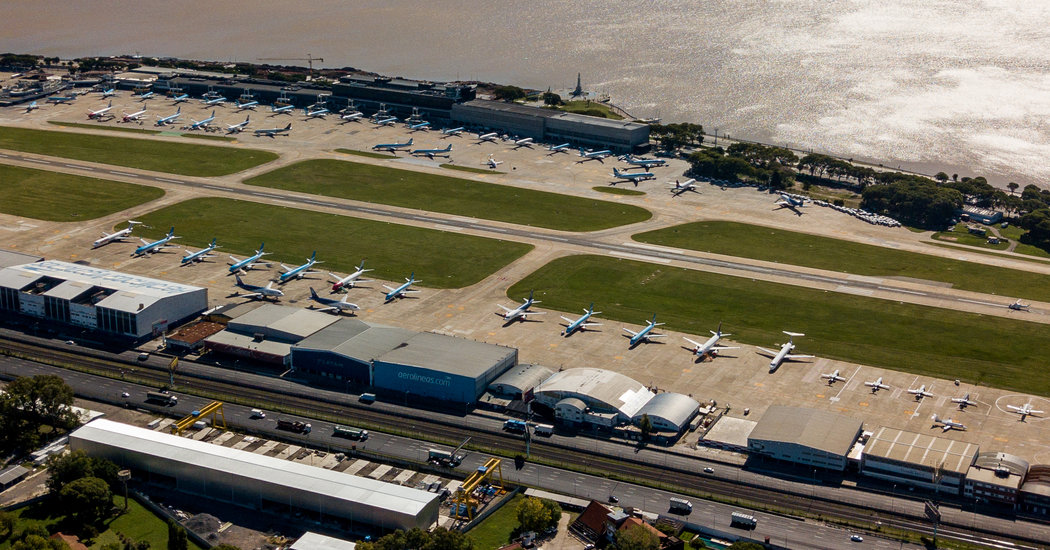 BUENOS AIRES — Argentina on Monday banned all commercial flight ticket sales until September, one of the toughest coronavirus travel bans in the world, prompting an industry outcry that the new measure will put too much strain on airlines and airports.

While the country’s borders have been closed since March, the new decree, signed by the National Civil Aviation Administration, goes further by banning until Sept. 1 the sale and purchase of commercial flights to, from or within Argentina.

Many countries in South America, including Ecuador, Peru and Colombia, have banned all commercial flights for the time being, but none have extended their timeline as far out as Argentina. The United States, Brazil and Canada have imposed restrictions, but not outright bans.

“The problem was that airlines were selling tickets without having authorization to travel to Argentine soil,” a spokesman for President Alberto Fernández said.

The ban would put a strain on Latam Airlines Group, which has a significant domestic operation in Argentina, and has been seeking help from multiple governments. Argentina’s largest carrier, Aerolíneas Argentinas, is state-owned and could survive as long as the government is willing to subsidize it.

The ban would also affect smaller low-cost carriers that have grown rapidly in Argentina with the support of former President Mauricio Macri.

Argentina’s decision prompted industry groups, including ALTA, which lobbies on behalf of Latin American airlines, to warn that the decree represented “imminent and substantial risk” to thousands of jobs in Argentina.

Mr. Fernández’s spokesman said, however, that the decision resulted from a “consensus between the government and the airline sector,” and that the Sept. 1 time frame had been arranged with the airlines.

Argentina has been under a national lockdown since March 20. The government, over the weekend, extended the quarantine to May 10, but said it had been successful in slowing the rate of new cases.

The country has 3,892 confirmed cases of coronavirus and 192 deaths.

The Man Striving to Be the ‘Canadian Obama’

‘It Was Like a Time Bomb’: How ICE Helped Spread the Coronavirus

Google Adds New 'Collections' Listings Based on Your Search History

Will Hamilton Include F-Bombs? We Finally Have An Answer

Europeans Erect Borders Against Coronavirus, but the Enemy Is Already Within

How to make laundry detergent

Why The Mandalorian Season 2 Really Needs To Explain The History...

An Ancient Valley Lost to ‘Progress’

Why Coronavirus Conspiracy Theories Flourish. And Why It Matters.