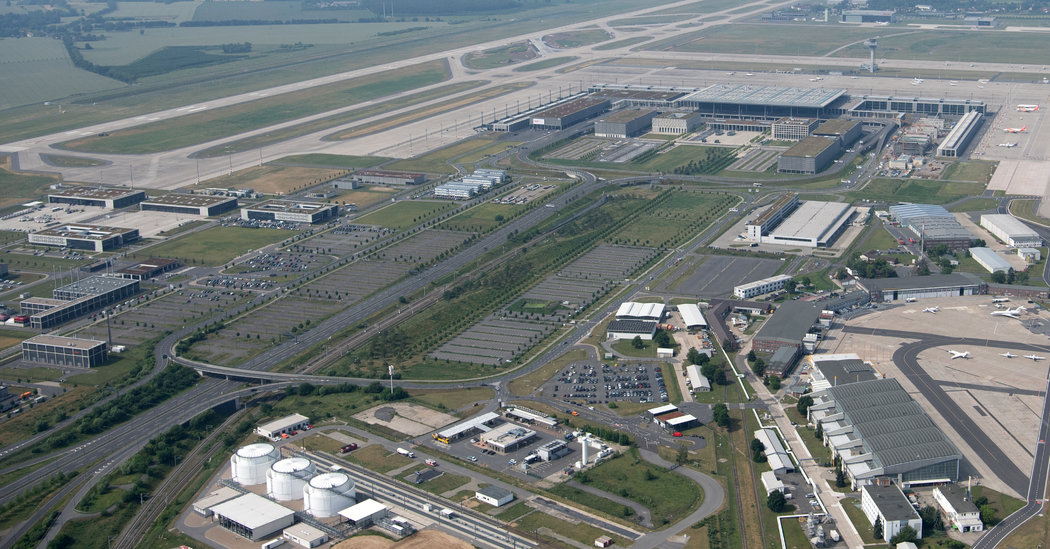 BERLIN — After nine years of delays, Germany’s third-largest airport, in Berlin, is set to open — just as the global coronavirus pandemic is vastly reducing air traffic.

“It has been a long, difficult road until the final approval from the building authorities,” said Germany’s airports chief, Engelbert Lütke Daldrup.

But the Berlin Brandenburg Airport project has been riddled by so many delays, some government officials sound a bit skeptical that the new opening date — Oct. 31, with large airlines to begin service in November — will hold firm.

The new airport, in the southeast of Berlin, will replace several smaller airports that serve the city. Planning began in 1996, with an opening originally envisioned for 2006. But with the beginning of construction delayed, the first tentative opening was scheduled for the fall of 2011.

Since then, there have been only more delays. A succession of leaders of the project have been replaced amid legal battles, charges of corruption and about three billion euros in cost overruns.

It has not been a complete standstill. For 14 years, there has been an annual nocturnal foot race around the grounds of the airport.

But the repeated delays have dented Berlin’s image as Germany’s buzzing center of commerce after reunification, while supplying material for a generation of German comics and fodder for finger-pointing.

“The money is to blame,” said Andreas Otto, a member of the Berlin City-State parliament, who worked on a public inquiry into the project after another grand opening in 2012 was canceled. “There wasn’t too little, there was too much.”

Mr. Otto, a member of the Green Party, said that with the announcement that the project had been approved, he was “never more sure that the airport would open.”

Still, the comment suggests the persisting skepticism about promised opening dates, no matter how certain they appear.

When the grand opening in 2012 was canceled, airline tickets to and from the destination had already been issued. A train station, just below the terminal, was already fully functional and ready for passengers.

With the delay, rail service was suspended, although a train has been running once a week to keep the tracks in working order.

Among the technical problems that bedeviled the project were lights that could not switched off, escalators that were too short and rooms that were misnumbered. But the biggest obstacle to the airport opening was serious problems with the automatic sprinkler and fire safety systems.

Mr. Otto said the problem was that the project tried to do too much, with too many competing demands.

Now that a regional building authority has approved the new opening date, the airport will move to the next phase: having hundreds of volunteers practice using it, from curbside to boarding, in a two-month dry run.

The airport’s opening will make concrete the city’s plan to close Berlin Tegel Airport, the small antiquated airport close to the city center.

On Wednesday, officials at Tegel said it would temporarily halt operations because of the pandemic, although the move has to be approved by government. It is not clear whether Tegel will reopen before Berlin Brandenburg, known as BER, begins handling the city’s air travel.

One Berlin newspaper, The Tagesspiegel, has been running an automated clock counting the days since the failed grand opening of 2012. Wednesday’s count: 2,888.

In a recent article in the newspaper, Mr. Lütke Daldrup, the airports chief, sounded as if he was eager to move forward.

For Belarus Leader, a Fading Aura of Invincibility

As Museums Get on TikTok, the Uffizi Is an Unlikely Class...

A Daughter Is Beheaded, and Iran Asks if Women Have a...

Turkey Orders All Citizens to Wear Masks as Infections Rise

China’s Factories Are Back. Its Consumers Aren’t.

How to Make the Crunchiest Asian Fried Chicken in an Air...

Appeals Court Sends the Case of a Pink $40 Million Diamond...