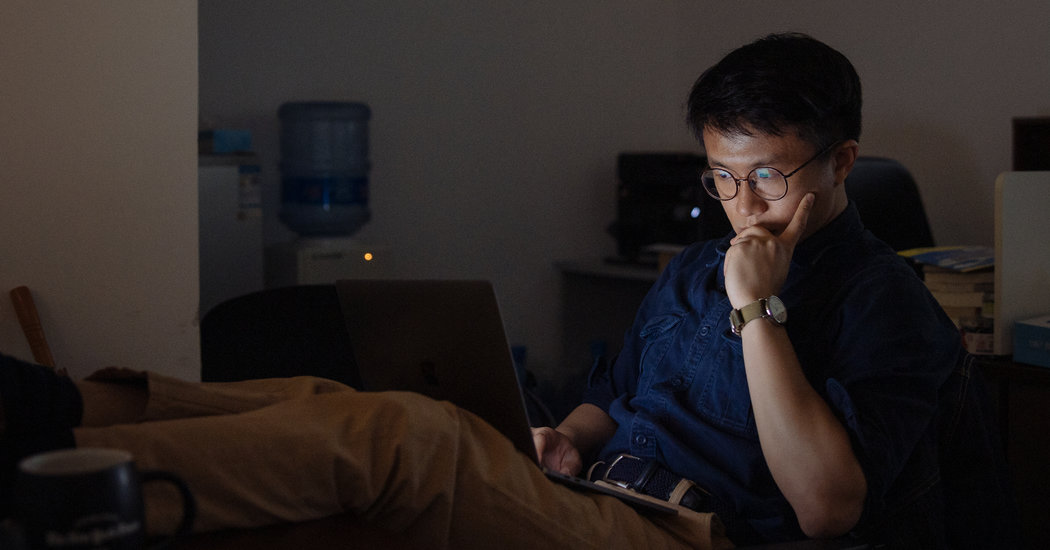 Times Insider explains who we are and what we do, and delivers behind-the-scenes insights into how our journalism comes together.

In retrospect, one of the bigger regrets I have about my time in China is that I never took up smoking.

I’m exaggerating, but only slightly. Nothing helps you talk to strangers in China like a cigarette. Whenever I wanted to find out what was going on inside a big company, I would look for someone outside an office or factory having a nicotine break. A shared smoke is a way to freeze time. And for a foreign reporter in a place where people aren’t always eager to speak to foreign reporters, even a little extra time can make the difference between a good interview and no interview at all.

Access to regular people in China might be the part of foreign correspondents’ jobs there that the Chinese authorities find hardest to control, though they certainly try. With a dose of charm and persistence from a reporter, people do open up, despite the country’s rigid curbs on speech and thought.

Last month, though, the Chinese government cut off that access for me and almost all of the other Americans working for The Times, The Wall Street Journal and The Washington Post, ordering us out of the country as part of the intensifying standoff between the Trump administration and Beijing.

I spent much of my two years in China covering that standoff, and from the great heights at which we journalists often write about such matters — through politicians’ statements and government policies, through trade data and corporate decisions — it could seem as if titanic forces in both nations were drawing them inexorably toward conflict.

But the situation usually looked different when speaking to ordinary people in China. Like people everywhere, they tend to be less dogmatic and more curious about the world than their leaders. Seen through their eyes, the wider costs of the hostility came into focus, as did the degree to which it was driven by anxieties that felt distant to the communities most directly affected by it.

Last year, for instance, I went to the southern city of Zhuhai to visit a plant run by the American manufacturer Flex. The Trump administration was clamping down on one of Flex’s customers, the Chinese tech giant Huawei, and the company was letting workers in Zhuhai go.

In the baking August heat, I met Zhan Yuanxian, 38, who had just turned in his employee ID. He said it was hard to be mad at Flex or the United States for what happened. Over the years, the company’s presence had transformed a once-rough part of the city, bringing in shops, restaurants and housing.

Another employee, Gong Yian, said working at Flex was good but had been even better before, when the company flew in foreigners to run the plant. Lately, more bosses were Chinese, he said, and they ruled with an iron fist.

In the beginning, “if we weren’t working, we’d feel bad,” Mr. Gong said. “As more Chinese came in, it became management by oppression.”

The next day, in the nearby city of Dongguan, I met Bruce Xu, whose company made cowboy boots for the American market. He was dreading the next wave of tariffs. But he was equally concerned for his American customers, whom he visited regularly.

I asked him what he thought of the United States.

“America is better than China,” he said. It’s cleaner, and the people are better mannered. In the United States, “you can’t even smoke,” he said. “No matter which floor you live on, you have to run downstairs and go outside to smoke.”

Using a handful of interviews to find the true pulse of a nation of 1.4 billion might seem foolhardy. But it beats the alternatives — like scanning social media, for instance. Recently, as the Chinese government beefs up its online propaganda, censorship and disinformation efforts, it is becoming nearly impossible to tell, through the digital veil, what people in China actually think.

When social media mobs attacked the N.B.A. last year for an executive’s tweet supporting the Hong Kong protests, how much did that tell us about nationalist sentiment in China, and how much did it merely reflect the efficacy of Beijing’s paid internet trolls? If someone got angry after reading a state propaganda outlet, did that person’s outrage count as manufactured or genuine? What did it even mean to be genuinely offended? All the layers of unreality could be suffocating.

Even face to face with people in China, it could be tough to have real conversations, and not just because of my distaste for nicotine. People ended interviews when they started to seem hazardous — too personal, too political. This is how the authoritarian system keeps a lid on criticism: It gives everyone reason to think that personal matters are political, that they can get in trouble just for talking about their own lives and opinions.

Often enough, though, I found people in China who were relieved that someone was finally listening.

Hog farmers pleading for aid from the local government after their herds were devastated by an incurable plague. Truckers whose incomes had been gutted by new, Uber-like apps that brought Silicon Valley efficiency to their happily inefficient industry. Recyclers driven underground by a clumsy antipollution crackdown. Coders fed up with the tech industry’s callousness toward its workers.

I’m leaving China more convinced than ever of how much ordinary people can teach us about a place — which might be one reason the government was so eager for us to leave.

One of the last conversations I had in the country was with two cops in Beijing. They were helping me obtain a temporary visa so I could stay a little longer and pack up everything I owned.

Officer Shao and his partner were relaxed and friendly, seemingly unbothered by my pariah status. As we waited for my visa, they asked me about The Times. If the paper isn’t controlled by the government, then who ensures that what you write is accurate? If it’s all up to your editors, then who appoints your editors?

We talked about the fear and xenophobia that the coronavirus had brought out in both China and the United States. They said they had even heard that Americans were stockpiling guns, though they weren’t sure if the news was fake. I was sorry to inform them that it was not.

Were those two officers the voice of real China? Maybe not. But they gave me a glimpse of life in the country at that moment, and they put familiar things in a new light. As far as I’m concerned, that was plenty.

Follow the @ReaderCenter on Twitter for more coverage highlighting your perspectives and experiences and for insight into how we work.

The Apple Card now has a website where you can pay...

One Dead and 5 Missing After Canadian Military Helicopter Crashes off...

Why Bernard Leach was the father of British studio pottery