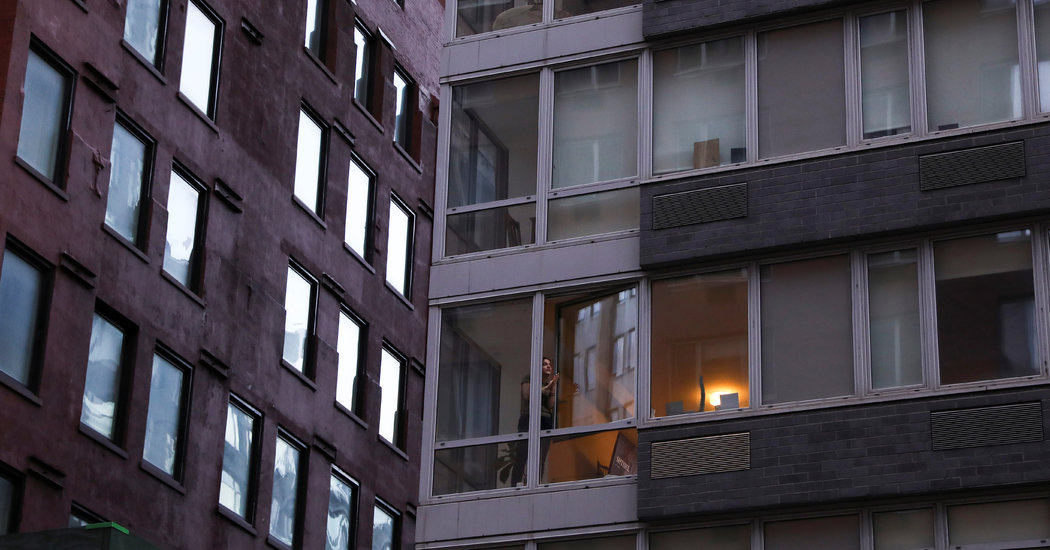 The coronavirus pandemic has transformed the ebb and flow of daily life in countless ways. Americans are comfort-eating, cringe-watching and using their phones for actual voice-calling. And, in New York City (and no doubt other places under stay-home orders), people are also staying under the covers a little bit longer.

That is just one of several changes captured by researchers studying electricity use in hundreds of Manhattan apartments before and after the city was locked down in March. People are using up to 25 percent more energy during the daytime as they work or go to school remotely, or cook or binge-watch more.

They even seem to be burning the midnight oil a little more. Weekdays are becoming more like weekends.

“You can actually see in the electricity data that people are home much more,” said Christoph Meinrenken, a physicist and associate research scientist at the Earth Institute at Columbia University.

On normal weekdays there is usually a quick ramp-up in electricity use from about 6 a.m. to 7:30. But now, Dr. Meinrenken said, with no commute to work or no need to get children ready for school, or both, the ramp-up is delayed. “People just seem to get up later,” he said.

On weekends the start of the morning ramp-up is similar to that of pre-lockdown days. But daytime energy use is still higher than before.

The data comes from a study set up two years ago by Dr. Meinrenken and his colleagues that uses special electric meters installed in about 400 apartments to provide information on energy use every few seconds. When New York was locked down, the researchers realized they could easily track shifting usage patterns.

Utilities across the country have also noted a general increase in residential consumption. But they say that overall electricity use has declined, in some cases by 10 percent or more, because the drop in commercial and industrial demand more than offsets residential increases.

The New York Independent Systems Operator, which manages the state’s electrical grid, reported that despite an increase in residential electricity use, for one Monday to Friday period in mid-April overall power demand in New York City was 5 percent to 21 percent below typical levels for this time of year.

Those figures are certain to change as the weather warms and if the lockdowns continue, or if some restrictions are lifted and more businesses reopen.

The Columbia researchers noted that there is little demand for cooling in April and consequently little stress on the power distribution grid. But in warmer months, as more stuck-at-home apartment dwellers run air-conditioners longer, energy use will climb even more. “If you extrapolate to May, June, July, that could get you into territory where you won’t be able to say anymore, well the grid, no problem,” Dr. Meinrenken said.

“The challenge of this stuff is it could occur, but locally,” potentially straining transformers and other equipment in areas that are mostly residential, said Vijay Modi, a professor of mechanical engineering at Columbia who is involved in the study. “A weekday peak is what the utility has to worry about.”

Climate Fwd: What on earth is going on? Get the latest news about climate change, plus tips on how you can help.

Anne Marie Cobalis, a spokeswoman for Con Edison, the utility that supplies power to the city, said crews were working to harden the grid for peak summer demand, replacing and upgrading transformers, cables and other infrastructure.

“If things stay as they are into the summer months, we anticipate seeing a rise in residential usage and some additional commercial usage for air conditioning,” she said. Should any part of the grid become stressed, she added, the utility is ready to provide temporary equipment like mobile generators.

Nationally, reduced overall demand should continue into the summer even if more of the economy reopens, said Adam Jordan, an analyst with Genscape, which provides pricing and other forecasts to the electricity industry. The reduction in demand makes it unlikely that broader grid reliability problems will appear this summer even if residential consumption rises, Mr. Jordan said. “In terms of keeping the lights on, this isn’t really a big threat.”

But Mr. Jordan said there eventually could be some distribution bottlenecks, because many utilities are putting off scheduled power plant shutdowns for maintenance work to reduce employees’ risk of becoming infected with the coronavirus.

Rescheduling that work for the fall or next year, when other shutdowns are scheduled as well, could result in reductions in generating capacity, forcing grid operators to juggle power from different sources, including wind and solar generation that is farther from population centers, he said.

The New York apartment study was financed by the federal Department of Energy with the goal of developing ways to help apartment dwellers reduce energy use.

Before the coronavirus lockdown, the data showed weekday use of electricity dropping off sharply after 9 a.m. as apartments became vacant. But in the post-lockdown week in April that was analyzed, electricity use just kept climbing throughout the day, with computers and other electronic devices in use. (It keeps climbing on weekends, too, although the daytime increase from before the lockdown is only about 10 percent, the researchers said.)

Because more people are at home all day, the evening ramp-up, when people typically come home and turn on lights and appliances, is less abrupt. But the data showed that in the lockdown, people are using more energy at night, and usage remains slightly higher even as midnight approaches.

In addition to waking up later, Dr. Meinrenken said, “people also seem to be going to bed a little later.”

David Najem Has Been Reading a Lot, but He’d Rather Be Playing Soccer

The Nets Aren’t Winning, but They Aren’t Giving Up

Sweden’s Ex-Ambassador to China Is Cleared of Wrongdoing

Years After 43 Mexican Students Vanished, a Victim’s Remains Are Found

Child Pornography Ring Is Broken Up in Germany, Police Say

Covid-19 Live Updates: China Uses the Promise of a Vaccine as...