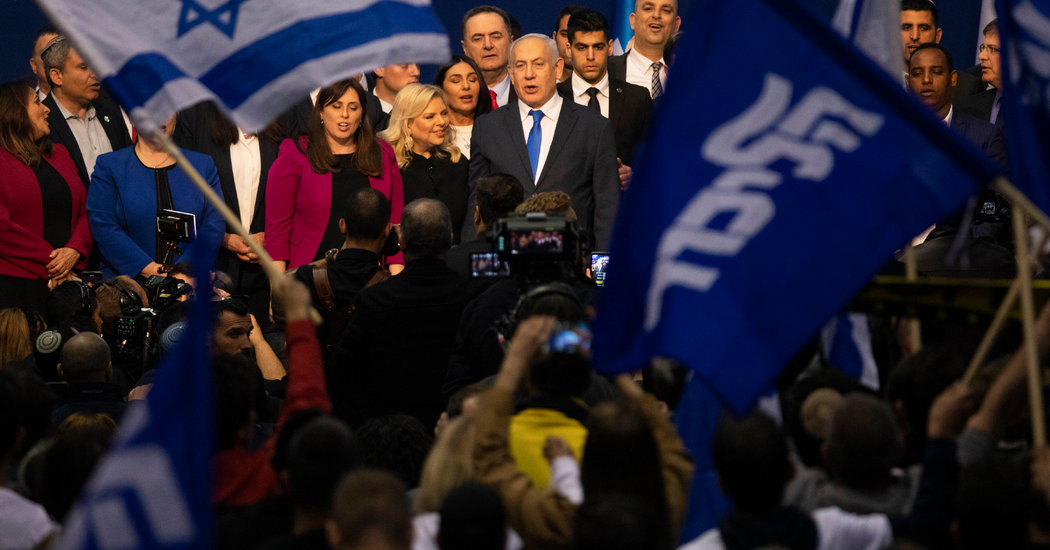 JERUSALEM — Israel’s attorney general said Thursday that neither the criminal charges Prime Minister Benjamin Netanyahu is facing nor the unusual terms of the coalition deal he struck with a former rival should disqualify him from forming a new government.

The opinion by Attorney General Avichai Mandelblit, who oversaw the investigation of Mr. Netanyahu and personally issued the indictment against him, could wind up strengthening his defenses against removal. It comes as Israel’s Supreme Court is to hear legal challenges on Sunday to Mr. Netanyahu’s power-sharing agreement with Benny Gantz, who fought him to a draw in three elections before giving up and joining him.

Mr. Netanyahu, who is accused of trading lucrative favors for gifts and positive press coverage in dealings with Israeli media moguls, is set to stand trial beginning May 24 on charges of bribery, fraud and breach of trust.

Mr. Gantz, who campaigned on a vow to topple Mr. Netanyahu and insisted he would never serve under a premier facing criminal charges, reversed himself and agreed to an unusual arrangement in which Mr. Netanyahu would serve as prime minister for 18 months, with the two men required to agree on most major decisions. Mr. Gantz would then take over for another 18 months.

One was that Israeli law prevents lower-level government ministers from staying in office while under indictment and should apply to Mr. Netanyahu as well. But whether the law similarly disqualifies an indicted prime minister, or bars an indicted lawmaker from forming a government, are unsettled legal questions.

In his opinion Thursday, Mr. Mandelblit reasoned that since Parliament had not explicitly prohibited a lawmaker in Mr. Netanyahu’s predicament from becoming prime minister, that was tantamount to allowing it. He also argued that Parliament’s discretion in choosing a prime minister required enormous deference from the court, particularly since the legal cases against Mr. Netanyahu were well known to the public at the time of the election.

Israel has no constitution, only a series of so-called basic laws, leaving the country’s democratic system subject to reshaping whenever a majority of lawmakers gets behind a change.

Mr. Mandelblit argued that the majority should be given great weight: He said that the “significant difficulties” posed by Mr. Netanyahu’s formation of a new government were insufficient to require court intervention, since that would mean rebuffing the wishes of a majority of members of Parliament, not to mention the voters who elected them.

A second argument for seeking the Supreme Court’s intervention was the nature of the coalition agreement, which breaks with Israeli democratic norms in several fundamental ways. Among other things, the deal shortens the government’s term from four years to three and weakens the opposition’s ability to constitute a check on the majority’s legislative and executive powers. It also disregards a prior Supreme Court ruling requiring that the law be changed to eliminate an exemption from military service for ultra-Orthodox Jews.

Mr. Mandelblit allowed that there were “warning signs” in the coalition agreement, but he argued that it was premature for the court to rule on the legality of the deal, for the simple reason that it had not been implemented yet.

The Movement for Quality Government in Israel, which petitioned the Supreme Court in March to bar Mr. Netanyahu from returning to power, called Mr. Mandelblit’s opinion a “weak response,” accused him of “hiding behind vague words and legitimizing corruption,” and called for a protest in Tel Aviv on Saturday night.

Surprising as it may have been, coming from Mr. Netanyahu’s chief legal pursuer, experts said Mr. Mandelblit’s opinion appeared aimed not at helping the prime minister retain power but at helping the Israeli Supreme Court preserve its legitimacy, after years of sustained attack by Mr. Netanyahu and his allies on the political right.

Yedidia Z. Stern, a law professor at Bar-Ilan University and senior fellow at the Israel Democracy Institute, said he believed Mr. Mandelblit was pointing the way for the court to choose the lesser of two evils: “a corrupt prime minister, or a cultural war with no end.”

For the Supreme Court to disqualify Mr. Netanyahu at this point — after he was elected, fairly, by a majority of Parliament — would be untenable, Mr. Stern, a staunch defender of the judiciary, suggested.

“They have to pick their battles if they want to survive for us,” he said.

4 Times The MCU's Shared Universe Was A Bummer

‘This Is Not the Time to Simply End the Lockdown,’ Boris...

How to decorate your house this spring: a shoppable scheme curated...

‘Die From Hunger or Die From the Disease’: Protests Flare in...