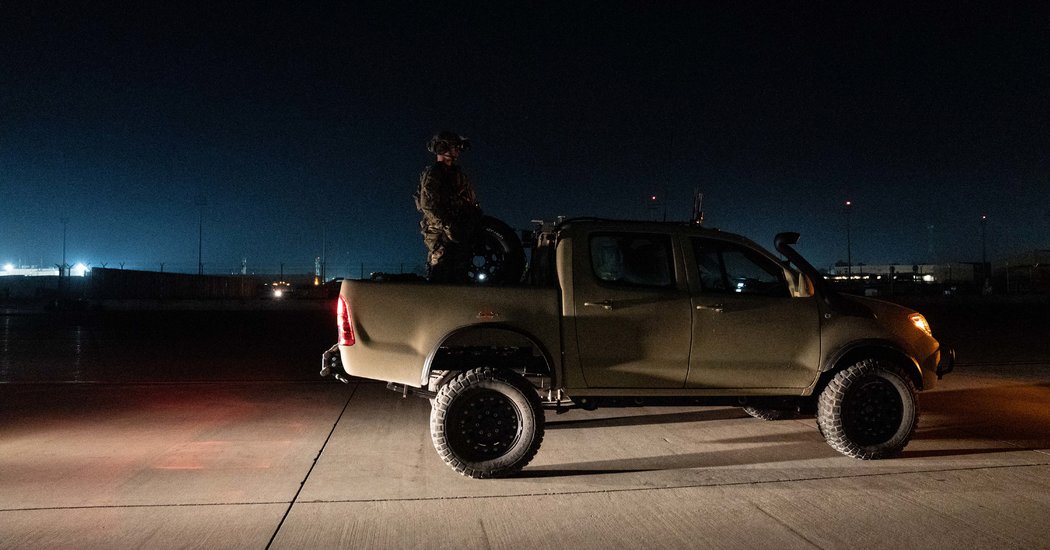 WASHINGTON — The American military killed 132 civilians in Afghanistan, Iraq, Syria and Somalia during ground and air operations in those countries in 2019, according to an annual Pentagon report.

The grim tally, which watchdog groups contend undercounts the real total by hundreds, has changed little since last year’s report recording 120 civilians killed in 2018. Deaths of innocents in Afghanistan once more eclipsed those in Syria and Iraq, as the Islamic State there has receded to rural areas and U.S. forces in Afghanistan had ramped up attacks on the Taliban.

Two civilians were killed in Somalia during strikes on the Qaeda-affiliated group Al Shabab, according to the 20-page report released on Wednesday. Not one was reported killed in Libya and Yemen — two countries with a minimal U.S. troop presence that are often the focus of sporadic airstrikes aimed at killing high-ranking fighters aligned with Al Qaeda in the Arabian Peninsula and the Islamic State.

Watchdog groups that track conflicts in those countries, such as Amnesty International, Airwars and the United Nations, assert that the Pentagon’s numbers are far lower than reality on the ground.

The Pentagon’s report, mandated by Congress, is a fatal accounting of the United States’ long-running wars that began after Sept. 11, 2001, and now span two continents — with little hope of ending anytime soon.

“If the U.S. is going to engage in lethal operations abroad, then it must develop a reliable means for investigating and reporting on who it has killed and injured in the process,” Daphne Eviatar, the director of the Security with Human Rights program at Amnesty International, said in a statement. “The content of the report, however, suggests that the Pentagon is still undercounting civilian casualties.”

During the first six months of 2019, Airwars estimated that the American-led coalition in Syria and Iraq killed 416 to 1,030 civilians, a range that is far higher than the 22 civilians claimed in the Pentagon’s report. American aircraft conduct the majority of airstrikes in Iraq and Syria.

The United Nations attributed 559 civilian deaths in Afghanistan to “international military forces” in its 2019 annual report on civilian harm, an 18 percent increase from 2018. The United States is the only country with troops and aircraft in Afghanistan that conduct offensive operations.

The Pentagon’s report claims that U.S. forces were responsible for 108 civilian deaths in Afghanistan.

In the report, the American-led mission in Afghanistan acknowledged the death of 15 civilians after an airstrike in the country’s southern Helmand Province in January of last year, the most grievous episode acknowledged by the Pentagon in 2019. The strike occurred as American and Afghan forces were conducting operations in Sangin district, according to information compiled by The New York Times.

The Pentagon has long promoted its commitment to avoiding civilian casualties but has been criticized for an opaque reporting process and disjointed steps to guarantee accountability.

Nonprofit groups use social media and on-the-ground reporting to track civilian deaths, a process acknowledged by military officials but sometimes dismissed as unreliable. The Defense Department, with limited troop numbers in most of these countries, does little in-person investigation and often relies on drone feeds and pilots to provide information on errant strikes.

NASA announces international Artemis Accords to standardize how to explore the...

Google seemingly discontinues the original Pixelbook but won’t quite say

In Britain, an Idea to Reduce Racial Inequality Gains Momentum

You can type ‘how to vote’ into Google now for instant...