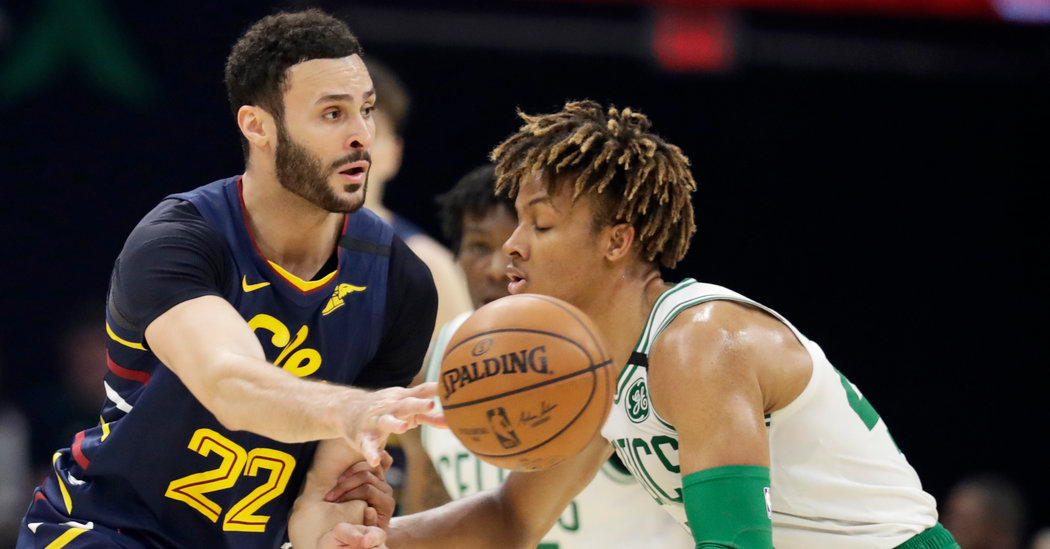 The Cleveland Cavaliers and the Portland Trail Blazers were the only clubs to unlock their practice facilities Friday, reflecting the cautious approach many franchises and players adopted on the first day that roughly half of the N.B.A.’s 30 teams had clearance to reopen after a shutdown of nearly two months.

“It was more for mental health than physical, to be honest with you,” Nance said in a telephone interview.

Then on Friday night, N.B.A. Commissioner Adam Silver joined a conference call at the invitation of Michele Roberts, the executive director of the National Basketball Players Association, and fielded questions from players. Among Silver’s revelations, according to two people on the call who were not authorized to discuss the details publicly, was a willingness to go beyond June 1 before deciding the fate of the 2019-20 season and his contention that the best chance of completing the season with a representative postseason would most likely require playing in just one or two centralized locations.

Orlando, Fla., and Las Vegas, often mentioned as possibilities, were confirmed on the call as prime contenders.

The openings in Cleveland and Portland were the first since the league office confirmed to teams earlier this week that they could open facilities for at most four players at any time — but only in states where shelter-in-place restrictions had been eased, such as Florida, Georgia and Texas.

Several teams have indicated that they will wait until at least next week, because of the N.B.A.’s considerable restrictions and a widespread inability to test facility entrants for the coronavirus.

Numerous league and team officials have stressed that the reopening of practice facilities is mostly a way to give players an outlet to shoot again, as well as to lift spirits during the sudden and lengthy interruption to the season, rather than an indication that a resumption to the season is looming. Many players have had no access to a basket since the league suspended the season on March 11 because of the pandemic.

The Denver Nuggets had intended to join Cleveland and Portland in opening their doors Friday, but a team spokesman said no Nuggets players planned to use the facility to work out until at least Monday.

The Orlando Magic, who also could have opened Friday, disclosed that they had received written authorization from the Orange County Department of Health, as well as special approval from the N.B.A., to test facility entrants for the coronavirus starting next week, because there is robust testing in their area.

The league initially instructed teams not to test asymptomatic players and staff members, calling it “inappropriate in the current public health environment” given the scarcity of testing kits in much of the country. The N.B.A. absorbed considerable criticism in March when the full rosters of the Nets and the Los Angeles Lakers were tested.

The league has since said it will allow broader testing in places like Orlando, where local health officials confirm that ample testing is available.

“We have been assured we are not taking any tests from health care workers, first responders or anyone, whether they are experiencing symptoms or asymptomatic,” a Magic spokesman said.

Some players, such as Portland’s CJ McCollum, have made it clear that a willingness to return to N.B.A. practice facilities now is not universal. But McCollum, a players association vice president, told Yahoo Sports this week that he planned to go to the Blazers’ practice facility on Saturday.

“I am worried like the rest of the world, but I like that it is optional and I’m pleased with the caution, structure and measures the Blazers organization has put in place to ensure the safest environment possible for all parties involved,” McCollum said.

Nance, of the Cavaliers, submitted to a temperature and symptoms check before his workout Friday; league rules say anyone with a temperature above 99.1 degrees must be denied entry.

Nance’s return was notable because he has Crohn’s disease, an inflammatory bowel disease that is typically treated with immunosuppressive medication. This can make people with Crohn’s more vulnerable to infections, but Nance said he was confident about his medication.

“They did a really good job of making sure we all felt great about being there,” Nance said of the Cavaliers. “They could make it at 4 in the morning and I would be there.”

On April 27, N.B.A. teams received a 14-page memo detailing protocols to sanitize their facilities and encourage up to 12 feet of social distancing during workouts. Head coaches, front-row assistants and front-office personnel can’t attend or watch workouts, and each team can have only four staff members (wearing masks and gloves) in its building at any time.

The Toronto Raptors announced even stricter measures, saying they will limit entry to just one player and one coach at any time when they open Monday.

Mark Cuban, the owner of the Dallas Mavericks, said in multiple interviews this week that the Mavericks would not open even though Texas was one of the first states to ease stay-at-home orders. Cuban maintained that “the risk is not worth the reward” for teams that, unlike Orlando, are not able to administer coronavirus tests to those entering facilities.

Twitter will now make it easier to see quote tweets on...

What is Facebook Gaming and how does it work?

Universal will release films currently in theaters as $20 rentals starting...

‘The First Step Was the Hardest’

Stung by Discord Over Officiating, the N.F.L. Puts a Coach in...