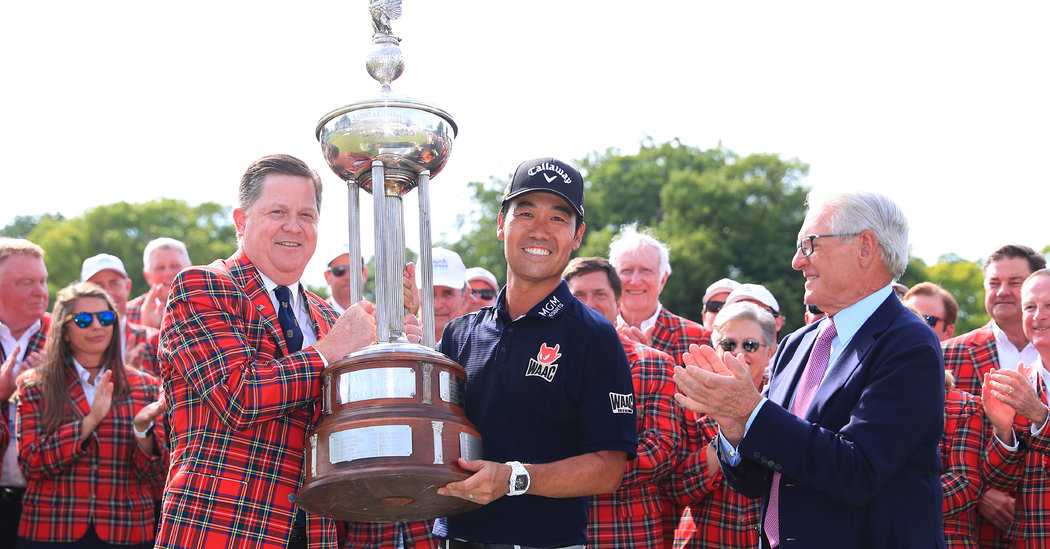 With the goal of resuming tournament play next month in Texas, PGA Tour officials on Wednesday outlined safety procedures they intend to implement, including layers of coronavirus testing for players, caddies and support personnel. The tour’s plan would restrict the movement of players during events, which will be conducted without live spectators, and encourage golfers to isolate themselves from the public when off the golf course.

Despite the provisions, which were laid out in a conference call with reporters, tour officials, who have not hosted a tournament in two months, indicated that they were also prepared and willing to reverse course.

“Just to be perfectly clear, we’re not going to play if we can’t do it in a safe and healthy environment for all our constituencies,” Tyler Dennis, the tour’s senior vice president and chief of operations, said.

The Charles Schwab Challenge, which will begin on June 11 at the Colonial Country Club in Fort Worth, is the first of four events on the revised schedule announced by the PGA Tour last month. Each of the events will be played without spectators. The tour has arranged for players to be shuttled to tournaments, although it conceded there might not be enough room on those flights for an entire field.

The tour also said there were about 25 players living outside the United States who would have to arrive at least two weeks before a tournament to abide by quarantine guidelines for people traveling from foreign countries. Andy Levinson, the tour’s senior vice president for tournament administration, said that the tour was working with federal officials to facilitate the return of the players and caddies not living in the United States and that he was “optimistic that’s going to occur.”

All players, caddies and select tournament employees and staff — about 400 people — will be tested for the coronavirus before they travel. On arrival at a tournament, they will be tested again. They will also be screened for fever and fill out a health questionnaire, most likely at the hotels where the tour hopes to house the majority of players. Throughout the week of the tournament, those going to the site to work or volunteer will have their temperature taken and be asked to fill out a health questionnaire.

A player testing positive for the coronavirus will be required to withdraw from the tournament and begin a period of isolation. Tour officials said they did not have a specific number of positive test results in mind that would cause a tournament to be canceled, but they acknowledged it was an outcome that would have to be weighed.

Tour officials insisted that the coronavirus testing, which the tour is paying for, would not compromise or impinge the testing supply or medical resources of the host community.

The tour’s plan, detailed in a 37-page memo, was distributed to hundreds of players, staff and members of the media. It focused on how players would practice social distancing on the course, on practice ranges, in interviews and in locker rooms.

Many features standard to a typical tournament will be missing next month, including family members of players, who will not be permitted on the golf course. The traditional handshake between competitors at the conclusion of a round will not be permitted, and the cozy scoring tent near the final green will probably be replaced by an outdoor table where players can stand and review their scorecards.

Away from the course, players are being encouraged to sanitize their hands after every hole and asked not to visit restaurants and bars, except for takeout. While most players are expected to stay in approved tour hotels, they can rent private homes in the area or stay in motor homes.

“We’re excited about how the PGA Tour can play a role in the world’s return to enjoying things we love,” Dennis said Wednesday, “and to do so in a responsible manner.”

What To Watch On Netflix If You Love Violence In Your...

Pete Buttigieg is canvassing his Twitter followers ahead of Super Tuesday