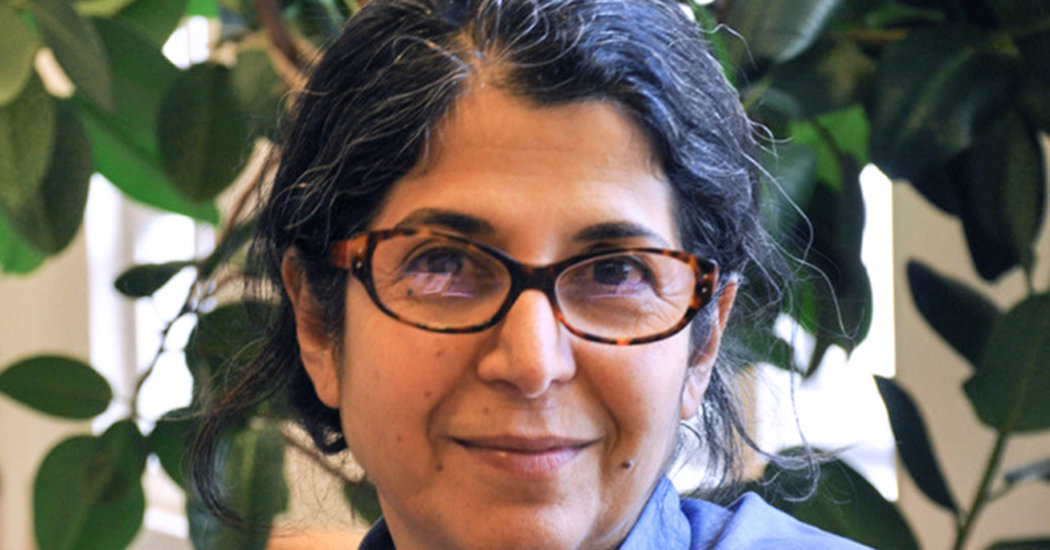 PARIS — A French-Iranian academic who has been detained in Iran for almost a year was sentenced on Saturday to six years in prison on national security charges, according to her lawyer.

The academic, Fariba Adelkhah, was sentenced “to five years jail for gathering and conspiring against Iran’s national security,” the lawyer, Saeid Dehghan, told Reuters, adding that she was also given a one-year jail term “for propaganda against the Islamic Republic.”

Mr. Dehghan wrote on Twitter that his client would appeal the decision. He could not be immediately reached for comment.

Iran has arrested dozens of dual citizens on espionage charges in recent years, regularly using their release as a bargaining chip to seek the repatriation of Iranian prisoners in other countries. Ms. Adelkhah, who was arrested in Tehran in June 2019, was also accused of espionage, which is punishable by death, but those charges were lifted earlier this year. The national security charges, however, were upheld.

Ms. Adelkhah’s partner, a fellow academic, Roland Marchal, was arrested alongside her, but was released as part of a prisoner swap in March.

Ms. Adelkhah has been detained in Evin prison, north of Tehran, where the British-Iranian national Nazanin Zaghari-Ratcliffe was also imprisoned. An employee of the Thomson Reuters Foundation, Ms. Zaghari-Ratcliffe was arrested in 2016 and sentenced to five years in prison on charges of plotting against the Iranian government. She and her family have strenuously denied the charges.

In March, Ms. Zaghari-Ratcliffe was temporarily released over fears that the coronavirus was spreading in Iranian prisons. Iran released more than 85,000 prisoners in March in response to the pandemic.

Last year, an Iranian employee of the British Council, Aras Amiri, was sentenced in Iran to 10 years in prison. In 2018, a British-Australian researcher, Kylie Moore-Gilbert, was also sentenced to 10 years on charges of espionage.

Ms. Adelkhah, 61, is an expert on Shia Islam at the Center for International Studies at Sciences Po Paris, and had been researching Iran for three decades when she was arrested alongside Mr. Marchal, who went back to work at the center in Paris this past week.

Ms. Adelkhah’s detention has strained relationships between France and Iran at a time when President Emmanuel Macron has tried to defuse tensions between Washington and Tehran, mostly without success.

Ms. Adelkhah was hospitalized earlier this year, according to her lawyer, after she began a hunger strike in December with Ms. Moore-Gilbert, the British-Australian academic. The French authorities have repeatedly expressed concern over the state of her health.

“This sentencing is not based on any serious element or fact and is thus a political decision,” Mr. Le Drien said in a statement sent by the Foreign Ministry. “We are urging the Iranian authorities to immediately release Ms. Adelkhah.”

The Nose Needed for This Coronavirus Test Isn’t Yours. It’s a Dog’s.

In Secret Ceremony, Embattled Belarus Strongman Is Sworn In as President

How Rob Manfred Navigated a Summer of Peril for Baseball

Defendant’s Luck Runs Out. But the Lucky Phone Number Fetches $325,000.

‘We Are in a Cage:’ Spanish Town Lives Under a Lockdown...