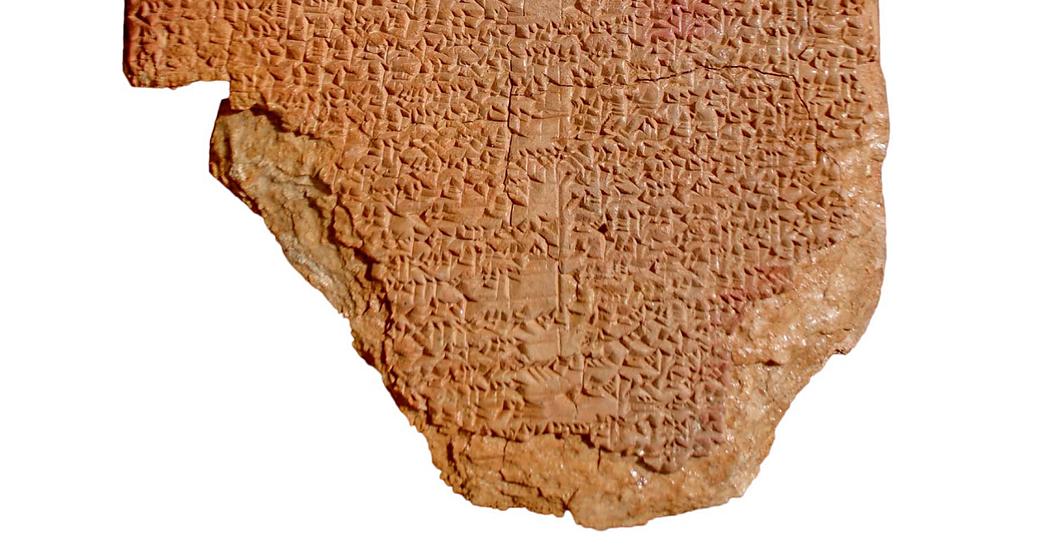 Federal prosecutors moved on Monday to formally confiscate a rare cuneiform tablet that bears part of the Epic of Gilgamesh, one of the world’s oldest works of literature, from a Bible-themed museum founded in part by the president of the crafts retailer Hobby Lobby.

The 3,600-year-old clay artifact, known as the “Gilgamesh Dream Tablet,” originated in the area that is today Iraq, and was imported illegally to the United States in the 2000s, the office of the U.S. attorney for the Eastern District of New York said in a statement.

An international auction house sold the tablet in 2014 to Hobby Lobby for display at the Museum of the Bible in Washington, according to a civil complaint filed by prosecutors seeking the artifact’s forfeit. Despite inquiries from the retailer and the museum, the auction house withheld information about the tablet’s provenance, the authorities said.

The museum has cooperated with the investigation, prosecutors said. Charlotte Clay, a spokeswoman for the museum, said on Tuesday that it supported efforts “to return this Gilgamesh fragment to Iraq.”

Hobby Lobby has repeatedly had problems with the provenance of its rare acquisitions since 2017, when the company agreed to forfeit 5,500 artifacts and pay a $3 million fine over a collection of ancient clay cuneiform tablets that prosecutors said had been smuggled into the United States from Iraq. Those items, bought from a dealer in 2010, were eventually turned over to the Iraqi authorities.

This March, Steve Green, the president of Hobby Lobby and chairman of the museum’s board, said more artifacts would be sent to Egypt and Iraq. In a statement, he acknowledged he had “trusted the wrong people to guide me, and unwittingly dealt with unscrupulous dealers.”

The Gilgamesh tablet, which measures 6 inches by 5 inches, includes a portion of the poem in which the protagonist, King Gilgamesh of Uruk, describes his dreams to his mother. She interprets them as the foretelling of the arrival of a new friend.

“You will see him and your heart will laugh,” she tells her son.

After the Persian Gulf war of 1991, hundreds of thousands of objects, including many cuneiform tablets, are believed to have been looted from archaeological sites across Iraq.

“Whenever looted cultural property is found in this country, the United States government will do all it can to preserve heritage by returning such artifacts where they belong,” U.S. Attorney Richard P. Donoghue said in the statement.

“In this case, a major auction house failed to meet its obligations by minimizing its concerns that the provenance of an important Iraqi artifact was fabricated, and withheld from the buyer information that undermined the provenance’s reliability,” he said.

In court documents, the authorities traced the tablet’s ownership back to 2003, when an unnamed American antiquities dealer bought an encrusted cuneiform tablet from the family of a Jordanian antiquities dealer in London. It and other items were then shipped to the United States.

After the tablet was imported and cleaned, experts in cuneiform, a system of writing used in ancient Mesopotamia, “recognized it as a portion of the Gilgamesh epic,” the statement said.

In 2007, the dealer sold the tablet to two buyers and created a false provenance letter that claimed the tablet had been inside a box of items purchased in a 1981 auction in San Francisco, according to court documents.

A subsequent owner of the tablet provided that letter to the auction house, prosecutors said.

“The antiquities dealer advised the auction house that the provenance would not withstand scrutiny and should not be used in connection with a public sale,” the U.S. Attorney’s Office said.

In 2014, the tablet was sold by the auction house to Hobby Lobby in a private sale for $1,674,000 to display at the museum, according to court records.

About three years later, a curator at the museum, conducting due diligence research on artifacts, sought more information about where the tablet came from.

“Despite inquiries from the museum and Hobby Lobby, the auction house withheld information about the tablet’s provenance,” prosecutors said. Ms. Clay, the museum spokeswoman, said on Tuesday that “before displaying the item in 2017, we informed the Embassy of Iraq that we had the item in our possession but extensive research would be required to establish provenance.”

She added, “We have continued these private discussions with Iraqi officials.”

In a lawsuit filed on Tuesday, Hobby Lobby accused the auction house Christie’s of “deceitful and fraudulent conduct” in connection with an ancient tablet bearing a fragment of Gilgamesh.

The suit claims “fraud and breach of express and implied warrant” in connection with the tablet, and seeks the return of what it paid for the tablet.

In a statement on Tuesday, Christie’s said the lawsuit was related to an unidentified dealer’s admission of illegal activity “predating Christie’s involvement” with the tablet.

“We are reviewing all representations made to us by prior owners and will reserve our rights in this matter,” the auction house said. “Assertions within the filing that suggest Christie’s had knowledge of the original fraud or illegal importation do not comport with our investigation.”

Though the government moved to take formal possession of the tablet on Monday, it has held it since September 2019, when agents from the Department of Homeland Security seized it from the museum.

The tablet is currently in the custody of the Department of Homeland Security in a secure warehouse, John Marzulli, a spokesman for the U.S. Attorney’s Office, said on Tuesday.

If the government is successful in securing a forfeiture order from a judge, the artifact may be returned to Iraq, which has filed a petition for its recovery with U.S. Customs and Border Protection.

Peter C. Fitzhugh, a Homeland Security Investigations special agent in charge who worked on the case, said in a statement: “We are proud of our investigation that led to this reclaiming of a piece of Iraq’s cultural history. This rare tablet was pillaged from Iraq and years later sold at a major auction house, with a questionable and unsupported provenance.”

What the Caribou Taught Me About Being Together, and Apart

Solo for Flute, Airport Terminal and One Listener

Hong Kong Is Keeping Pro-Democracy Candidates Out of Its Election

‘Now You Are Going to Die’: Beirut Bride Recounts Moment of...

For Palestinian Police, Much to Lose if Israel Annexes West Bank...