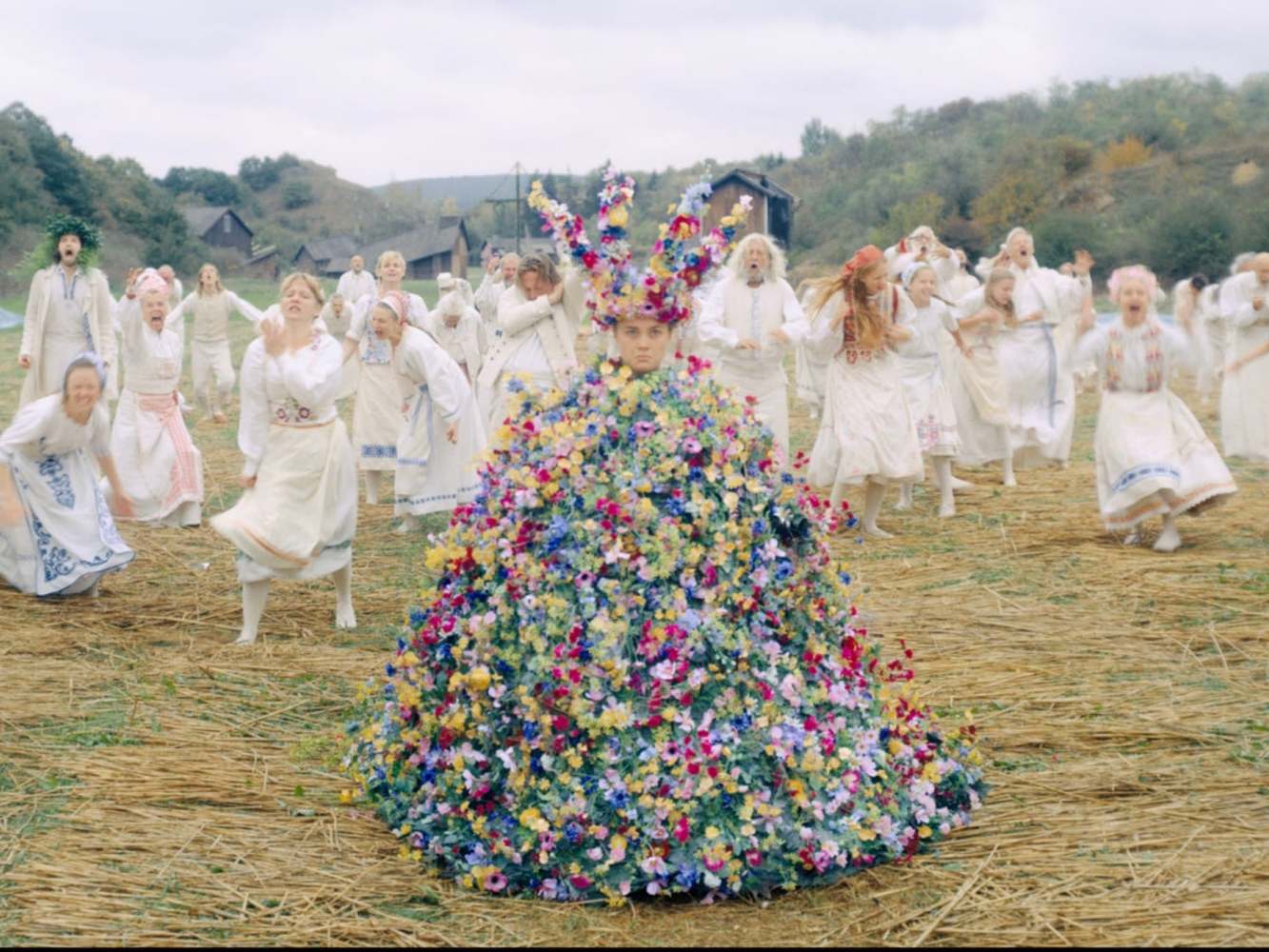 The flower dress worn by Florence Pugh in 2019 folk horror film Midsommar has sold at auction for more than £50,000.

Last month, it was announced that props from various films and TV shows, including Uncut Gems and Euphoria, were to go under the hammer by distribution company A24 in order to raise money for charities in need of support during the coronavirus pandemic.

Money raised from the auction was to be donated to four New York-based charities: the FDNY Foundation, Food Bank for New York City, NYC Health and Hospitals, and Queens Community House.

Sharing the full story, not just the headlines

One of the items included in the auction was the extravagant floral ensemble that Pugh wears in Midsommar after being crowned the May Queen.

Made with 10,000 silk flowers and weighing 30 pounds, the dress came with the matching spiked crown, which featured forget-me-nots, sweet peas, buttercups and cornflowers.

Five bidders sought after the item, but in the end it was won by the Academy Museum of Motion Pictures.

The museum, which is based in Los Angeles, California, announced its auction win on social media.

“We’re excited to share our newest acquisition, the May Queen gown made of 10,000 silk flowers from the film Midsommar,” the institution stated.

The sale of the May Queen gown directly benefited the FDNY Foundation, the official non-profit organisation of the New York City Fire Department.

“New York City and the FDNY are being challenged like never before. Donations to the COVID-19 Emergency Fund will directly support members and their families who are suffering from this pandemic,” A24 stated.

In addition to the floral ensemble, A24 auctioned several other items from Midsommar.

“I should let you know that you can actually spend many hours in that flower dress. Good bang for your buck!” the Academy Award-nominated actor wrote.

“You can sit in it, lie in it, shield from the rain in it. I’m sure if you had a potty you could wee under it! And then best of luck getting out of it…”

Microsoft’s Surface Duo may not have great battery life

Skadden Said to Have Paid $11 Million to Settle Ukraine Dispute