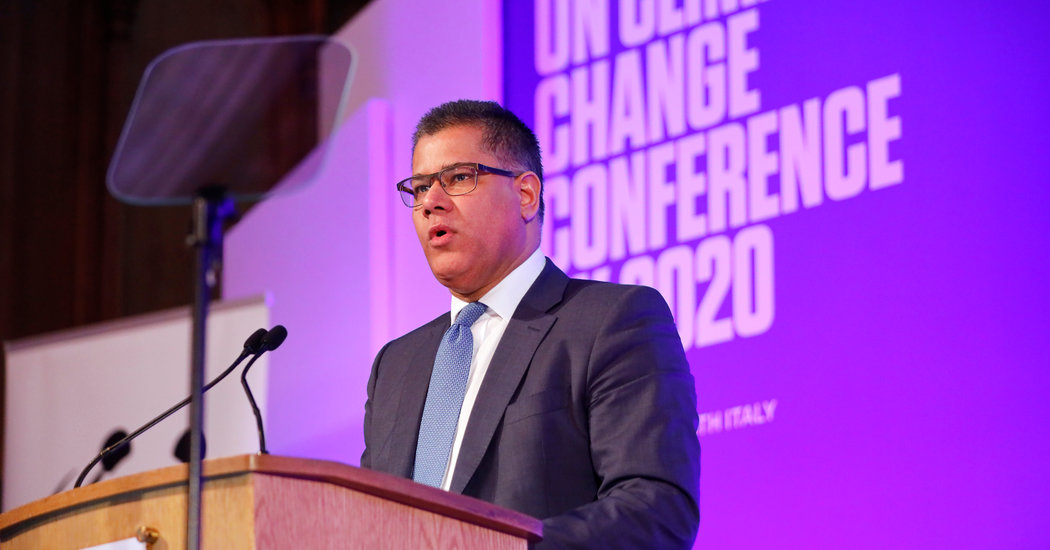 International negotiations designed to address the sweeping global threat of climate change will quite likely be delayed by a full year because of the coronavirus pandemic.

Britain, the host of the talks, which were initially scheduled to be held at the end of this year in Glasgow, proposed on Tuesday that they be postponed until November 2021. A decision is to be made Thursday by countries that make up the rotating governing board of the United Nations agency that sponsors the talks.

“Given the uneven spread of Covid-19, this date would present the lowest risk of further postponement and the best chance of delivering an inclusive and ambitious COP,” British officials said in a letter to countries in the accord, using shorthand for Conference of the Parties, the formal name of the meeting.

The conference is meant to rally world leaders to chart ways to avert the worst effects of climate change, including fatal heat waves and flooded coastal cities.

It took more than 20 such conferences before countries agreed on the landmark 2015 Paris pact, under which they pledged to keep global average temperatures from rising well below 2 degrees Celsius, or 3.6 degrees Fahrenheit, compared with preindustrial levels.

The next round of talks, the 26th annual COP, is the most important session since then. Countries are expected to announce revised climate targets in order to reach that global target, which remains elusive.

Virus-induced lockdowns around the world have resulted in a sharp drop in greenhouse gas emissions in recent months, but the decline has been nowhere near enough to shake loose the thick blanket of gases that already wraps the planet.

Delaying the talks by a full year could have other repercussions, some diplomats say. It could encourage countries and international financial institutions to enact economic recovery plans without paying much heed to their climate implications. If the climate talks take place sooner, said Carlos Manuel Rodríguez, the energy and environment minister for Costa Rica, government leaders will feel more pressure to align their stimulus packages with sustainability goals.

“We’re losing time,” he said. “If there are no strings attached to international aid and national recovery plans we may be in a very difficult spot. Having a COP soon would help influence global recovery plans.”

The British letter gave a nod to those concerns by saying that “Covid-19 economic recovery is an opportunity to build more sustainable and inclusive economies and societies.”

The United Nations announced in April that the talks, originally scheduled for mid-November this year, would be delayed but did not give a new date.

Quarreling in Quarantine and Bridging a Generational Divide

A Possible Weapon Against the Pandemic: Printing Human Tissue