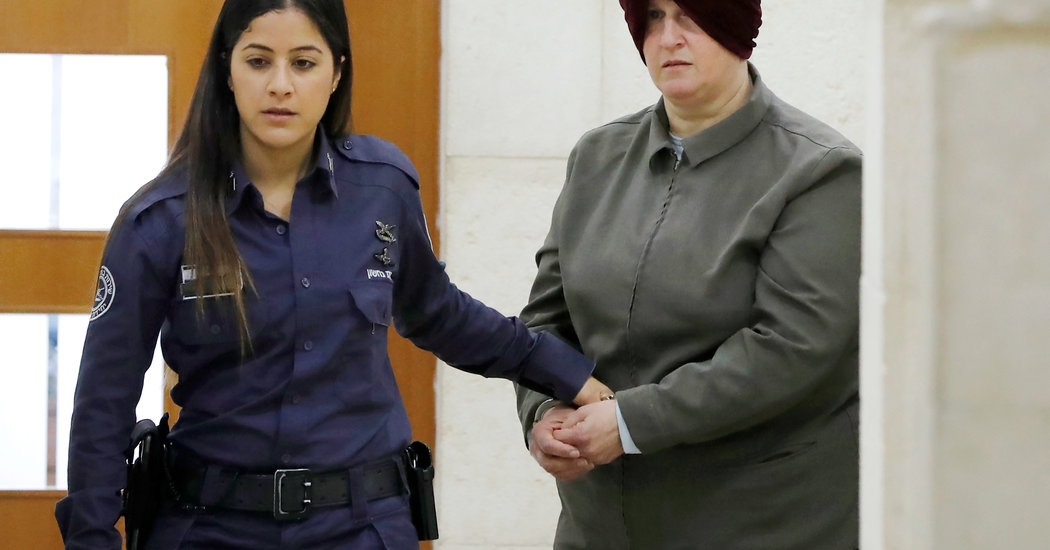 TEL AVIV — An Israeli court ruled Tuesday that a former principal of a Jewish girls school in Australia accused of sexually assaulting her students has been faking mental illness for years and is fit to face extradition proceedings.

Australia has been trying to extradite the former principal, Malka Leifer, for about six years on 74 charges of sexual assault, but her lawyers have argued that she was mentally ill and unable to stand trial.

In her 40-page ruling, Judge Chana Lomp of the Jerusalem District Court said that Ms. Leifer had been “impersonating someone with mental illness.”

“My conclusion is that the respondent is able to stand trial and the extradition proceedings should be resumed in her case,” Judge Lomp wrote.

“This is huge!” one of Ms. Leifer’s accusers, Dassi Erlich, wrote on Facebook.

“This abusive woman has been exploiting the Israeli courts for six years!” she wrote. “Intentionally creating obstacles with endless vexatious arguments that have only lengthened our ongoing trauma!”

“We have serious doubts about the ruling,” he said. “Our client receives anti-psychotic medication every day. We believe she is very mentally ill and isn’t able to stand trial.”

Israeli state prosecutors said in a statement that the ruling was a significant development that would “now enable the court to bring this matter to a timely and swift conclusion.”

Ms. Leifer, who is in her early 50s, fled Australia in 2008 after accusations of sexual assault emerged from her time as principal of the ultra-Orthodox Jewish Adass Israel School in Melbourne.

After Australia requested her extradition in 2014, she was held under house arrest. But the extradition process was halted in 2016 when a mental health evaluation found her unfit to stand trial.

In 2018, the Israeli police found evidence that Ms. Leifer had faked her mental incompetence. The court asked for a new psychological review, which determined she had feigned mental illness and was able to stand trial.

The case has implicated one of Prime Minister Benjamin Netanyahu’s ultra-Orthodox cabinet members.

Housing Minister Yaakov Litzman, a member of a Hasidic movement that Ms. Leifer has ties to, has been accused by the Israeli police of pressuring the psychiatrists who reviewed Ms. Leifer’s mental health to determine she was not fit to stand trial.

The Israeli police have recommended indicting Mr. Litzman on fraud and breach of trust charges for his conduct, which they said took place when he was health minister. He has denied the allegations and did not immediately comment on the court’s ruling.

Manny Waks, the head of Kol V’Oz, an Israeli organization that advocates for Jewish victims of child sex abuse, said he was overjoyed by the ruling.

“I’m really just so delighted for the girls who have experienced and endured such hardship,” he told reporters at the Jerusalem courthouse.

A hearing to decide whether the Israeli authorities can order Ms. Leifer’s extradition is scheduled for July.

Israel and Australia’s relations have been strained over the extradition request.

Australia’s attorney general, Christian Porter, welcomed the ruling. “It is a positive sign and means that formal extradition proceedings can now lawfully commence, subject to any orders relevant to any possible appeal,” he said in a statement.

A ‘Drop the Mic’ Moment for a Man Who Paid College...

After coronavirus, will the travel industry ever be the same again?...

$1.2 Billion From U.S. to Drugmaker to Pursue Coronavirus Vaccine

On Nile Cruiser, 12 Crew Test Positive for Virus, and Egypt...

In Jerusalem, Ramadan Restrictions Last Seen During the Crusades Return