Carnitas need no introduction. Besides al pastor, they are probably the greatest pork product to ever have come out of mexico, and they are so easy to make at home, especially with this trick in your back pocket.

Most recipes you find for carnitas say you need lard to get that beautiful pork confit effect, but what if you don’t want to buy lard or can’t find any? I had the idea recently to use pork belly to make a self-confit carnitas and it worked out great. 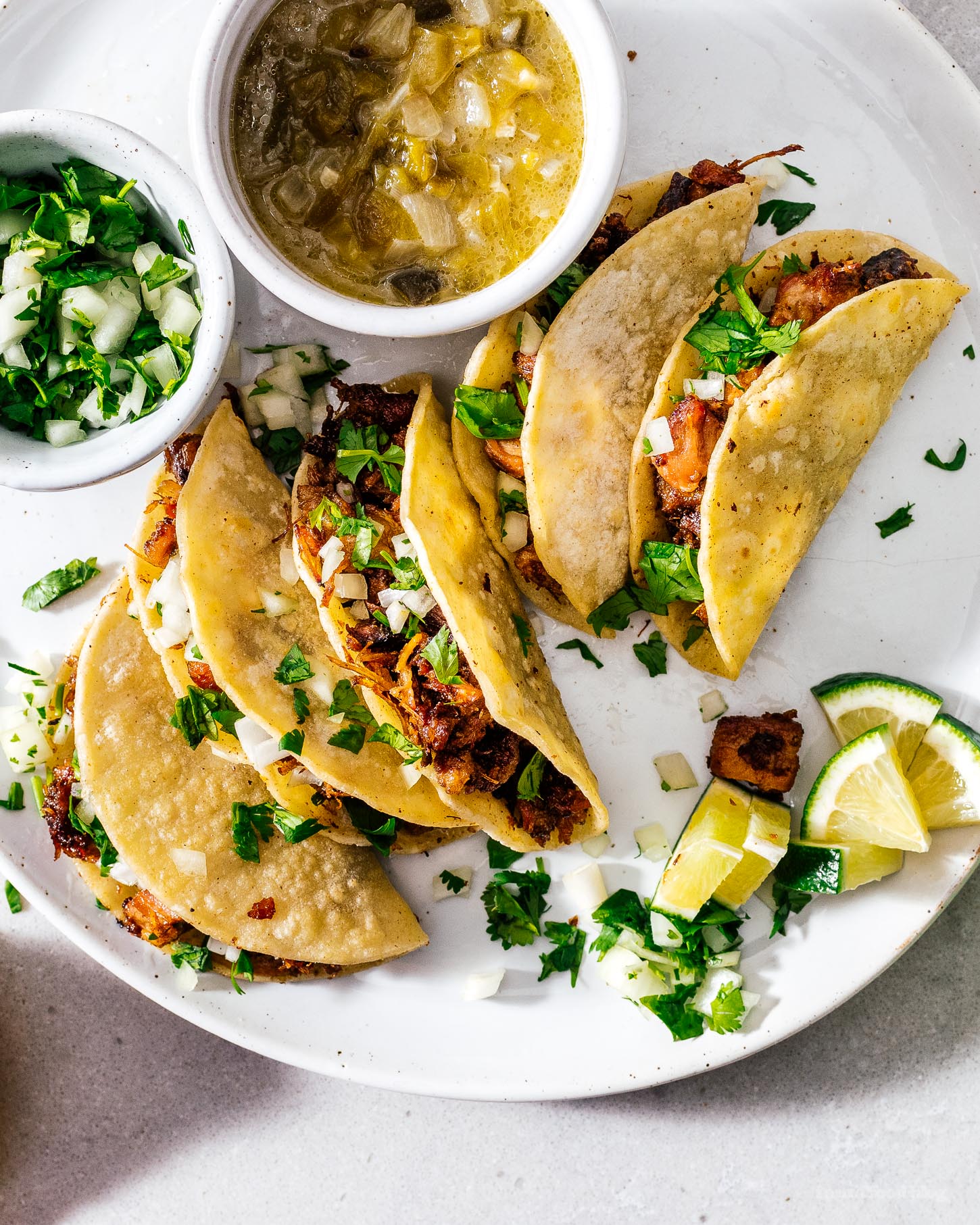 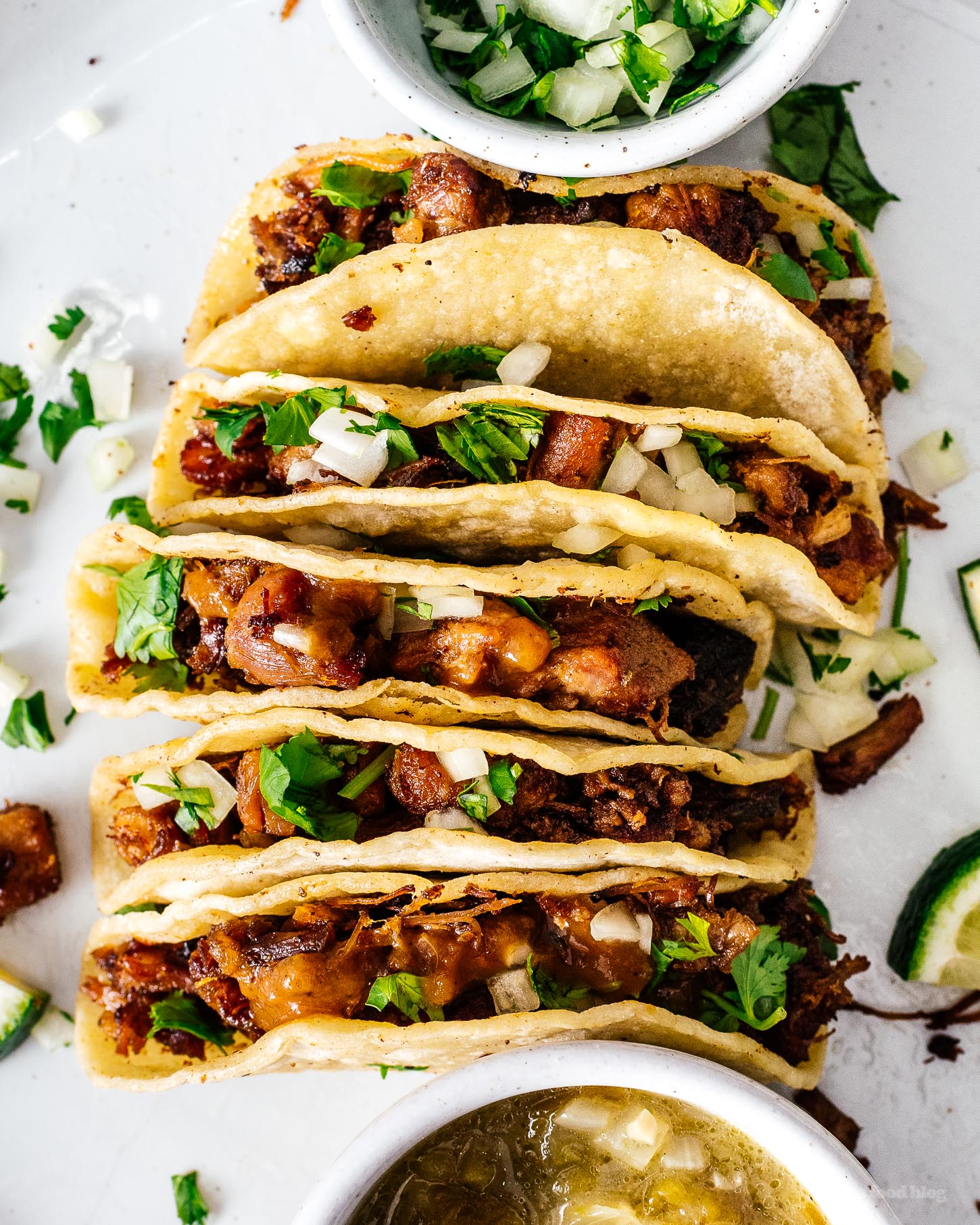 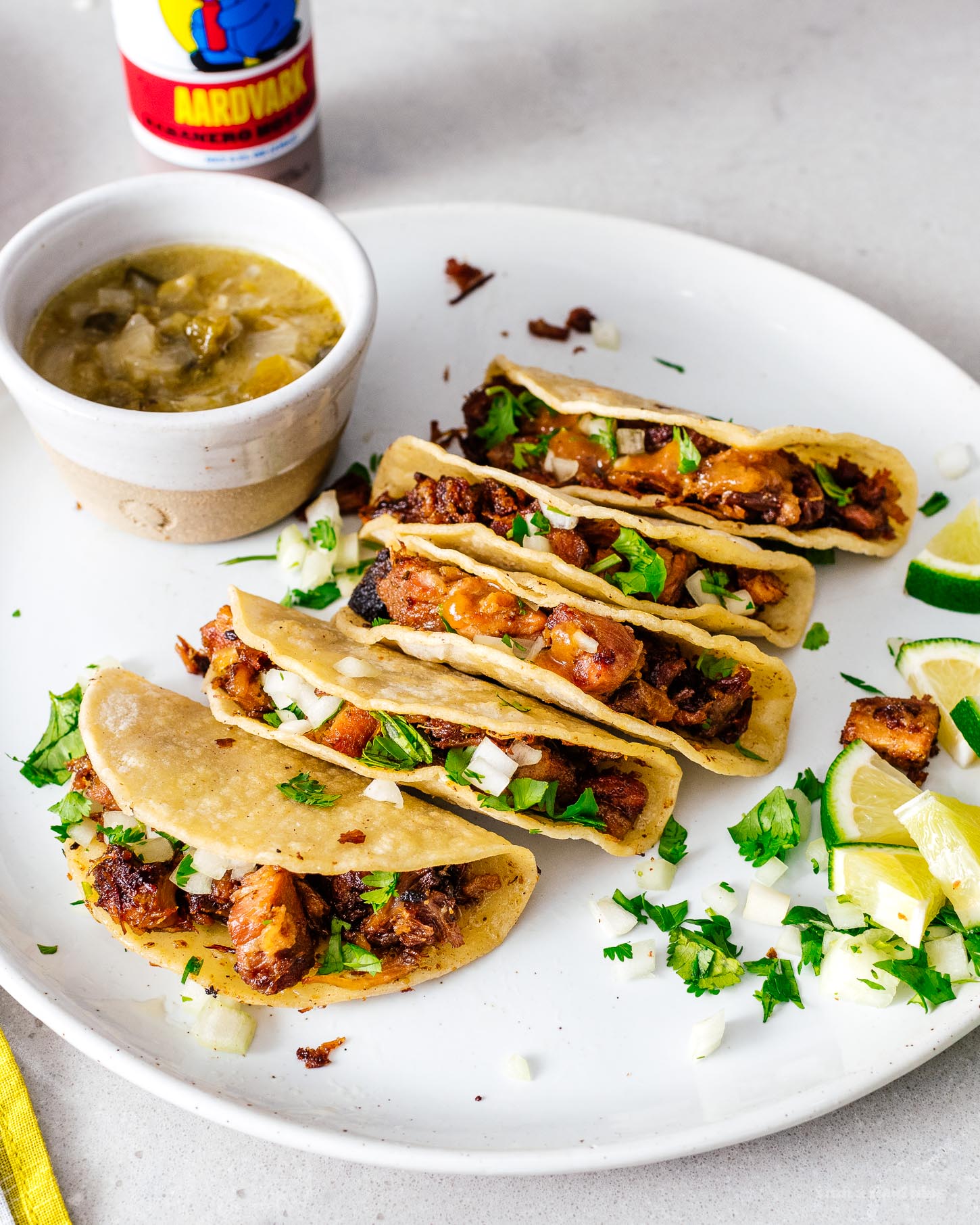 This trick works because you cut everything up into 1″ cubes, which sounds like a lot of work, but with a sharp knife, it’s really fun. You could probably convince a butcher to do it for you as well. After that, you just scatter the pork belly up in between the shoulder and, as it cooks, the fat melts right off the belly and confits the pork.

Bonus: you end up with pork belly in your carnitas, and if that isn’t awesome, I don’t know what is. All the herbs and spices are optional, but they’re traditionally what’s included in hierbas de olor, aka Mexico’s bouquet garni, and it’s what sets this carnitas apart and makes it taste just like the good taqueria in town, especially the cinnamon. 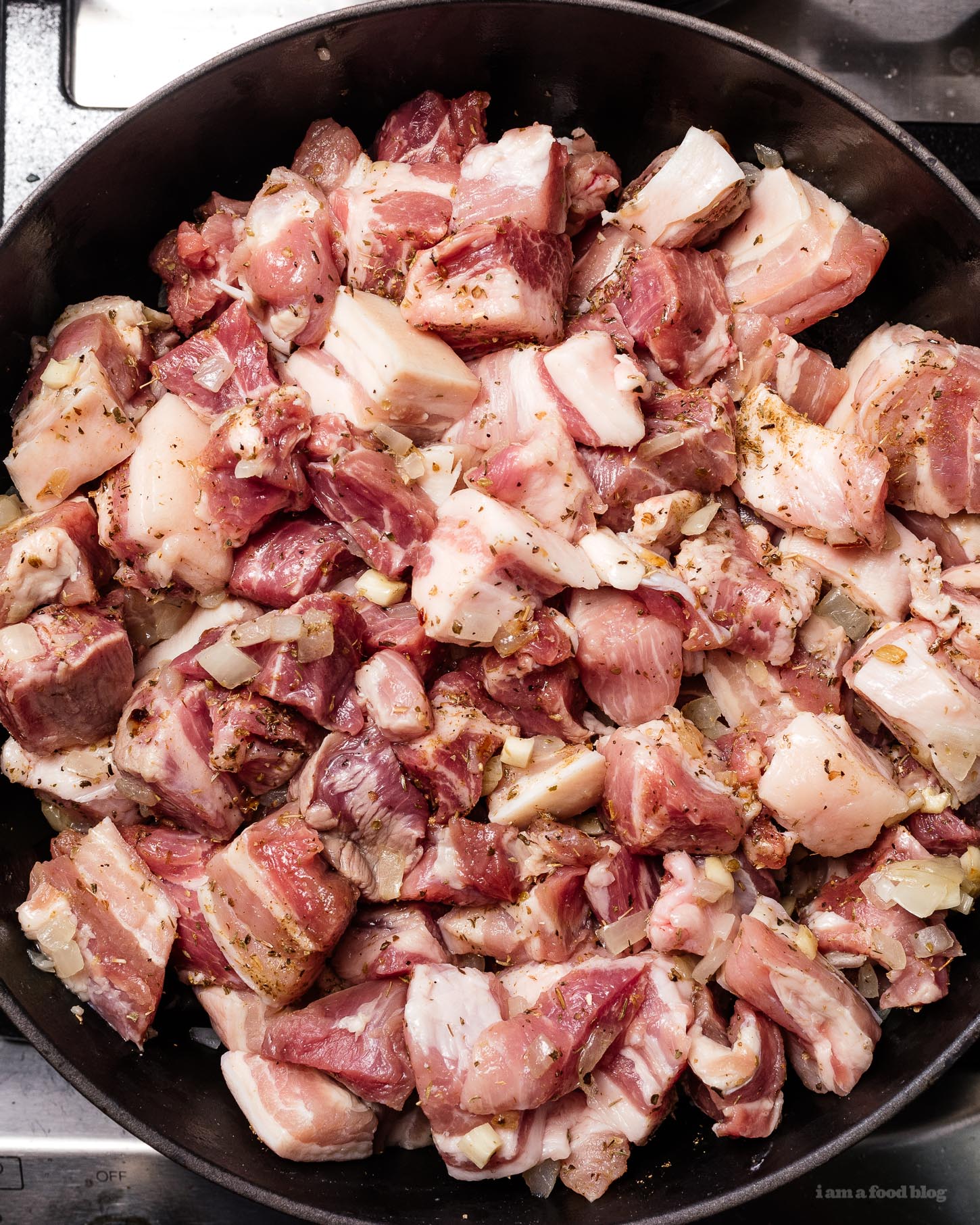 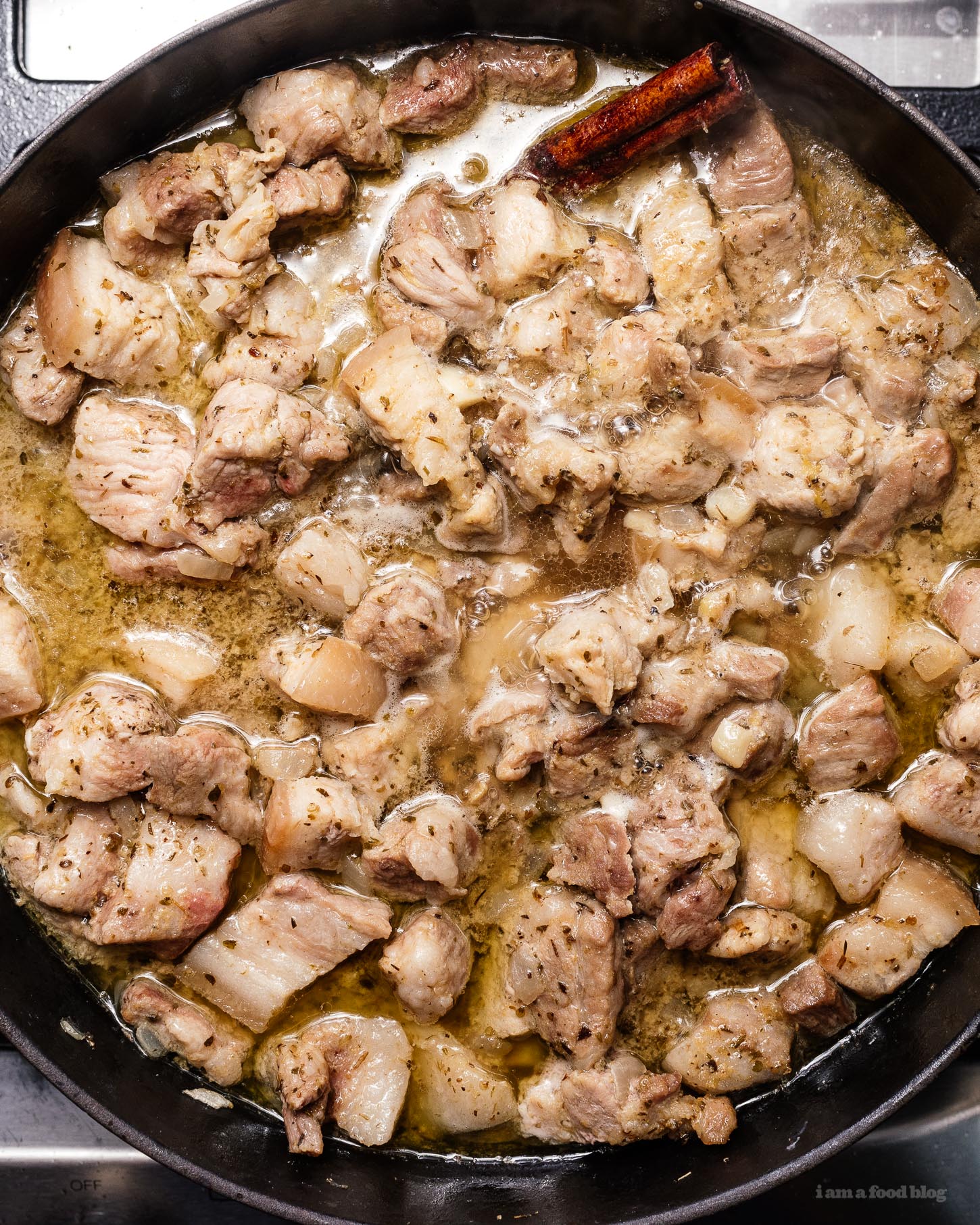 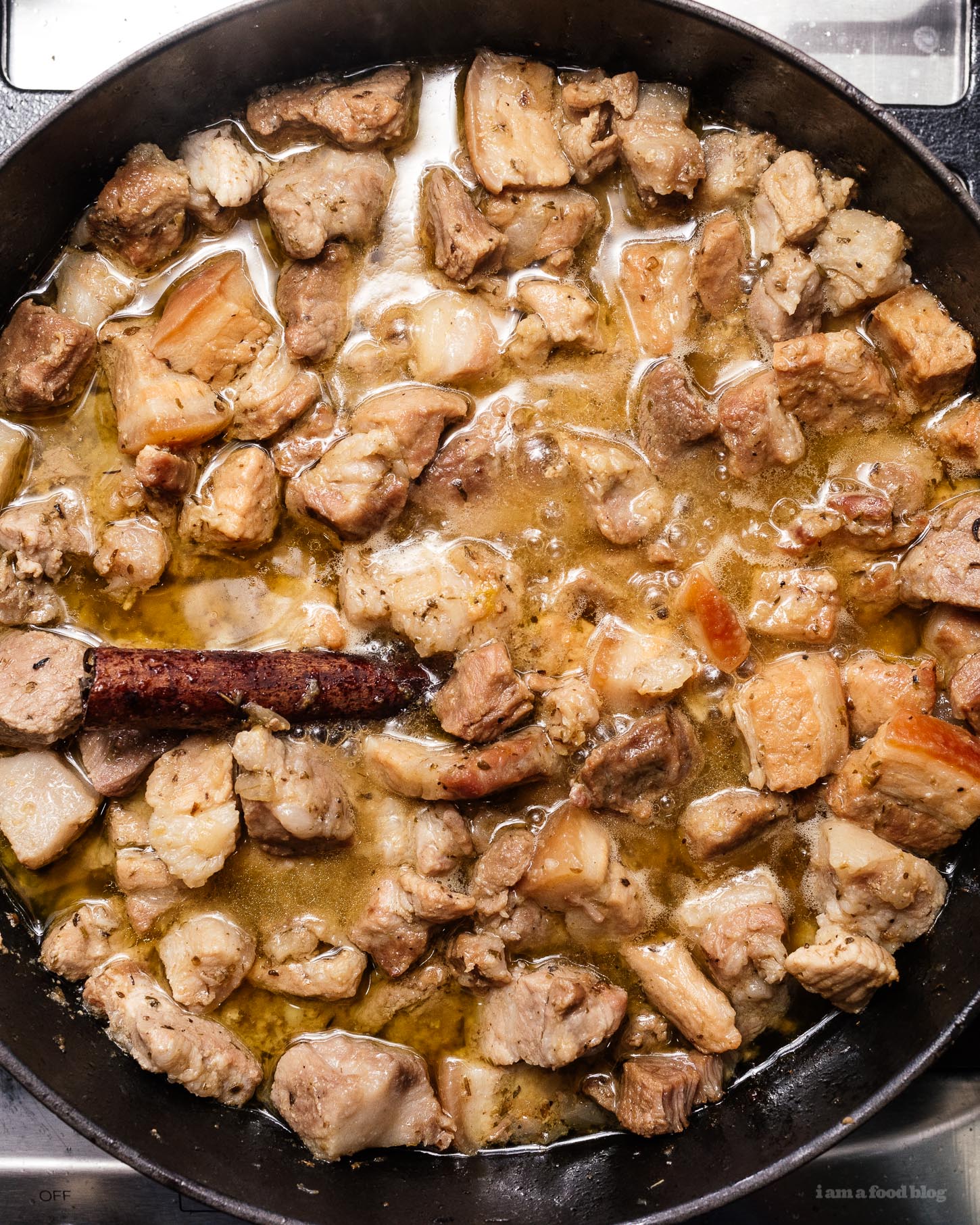 People are always saying homemade sourdough is the ultimate quarantine food because it takes a lot of time and we all have a lot of time these days to hover around the kitchen. I disagree: traditional carnitas is actually the ultimate lockdown recipe. I made this on the stovetop and it was so perfect for lockdown. Just put it on the lowest heat and give it a stir every hour or so. Your whole house smells good, it gives you a reason to get up every so often, and something really magical happens between hour 4 and hour 6. You could also do this on the slow cooker, but why take that out if you don’t need to?

I thought this recipe would make carnitas tacos for days, but it was so good that they basically only lasted through lunch and dinner. We haven’t made it out to our local taqueria this year, and now it’s looking like it’s going to be even longer before we do, because between this and our birria taco recipe, we have our own little taqueria here. 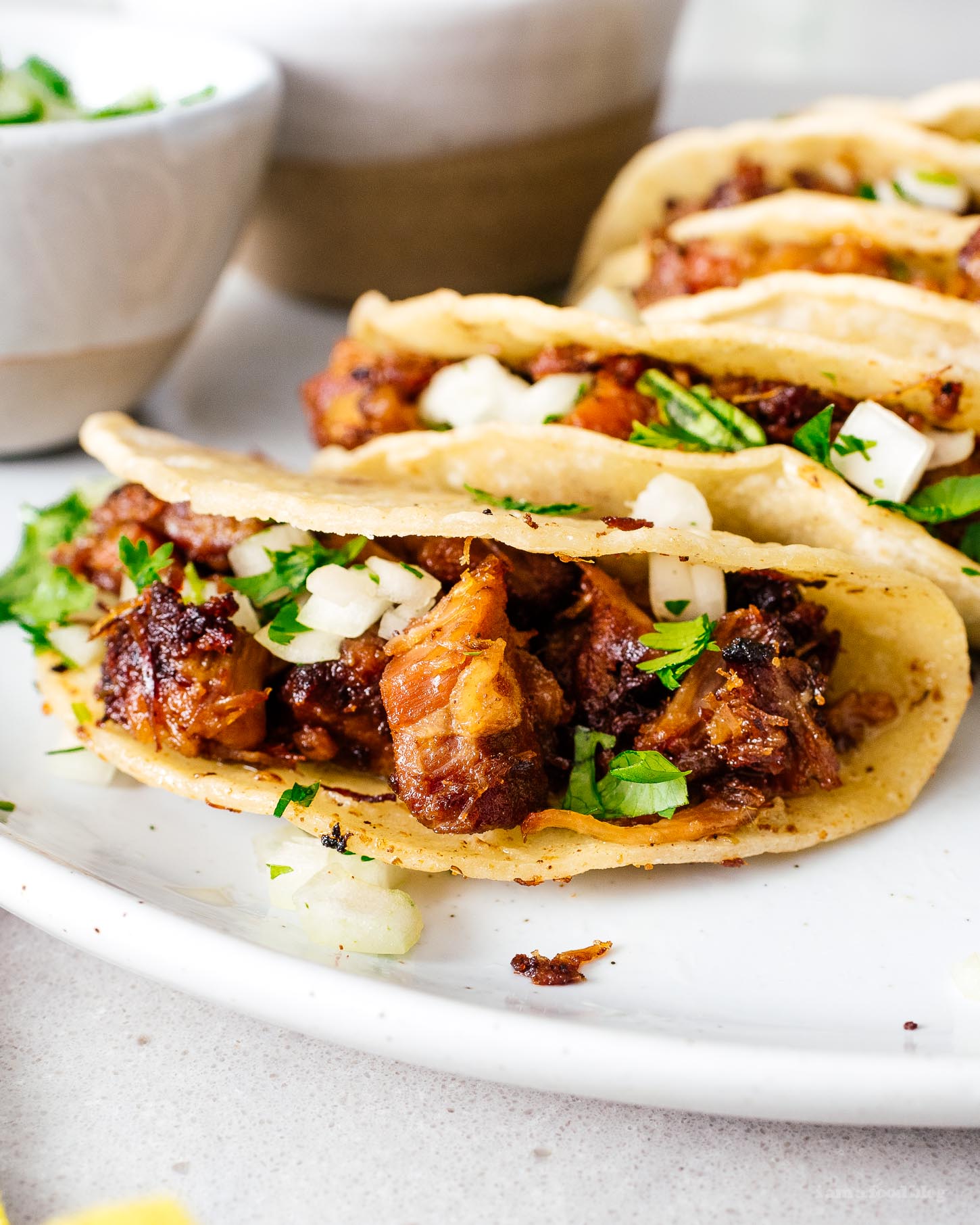 Tips for the best tacos: 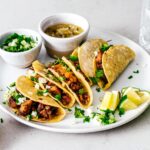 French Take Their Apéros to the Streets, Testing Lockdown Limits

Dr. Seymour Schwartz, Who Wrote the Book on Surgery, Dies at 92

How to make pastrami at home without a smoker