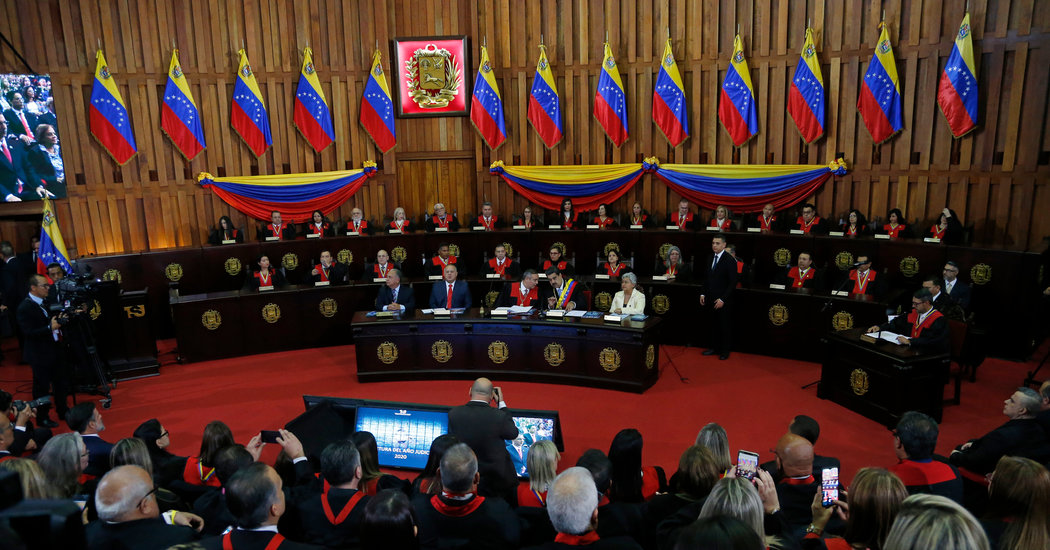 CARACAS, Venezuela — Venezuela’s Supreme Court, loyal to President Nicolás Maduro, has ordered the takeover of two of the nation’s most powerful political parties opposed to the socialist government ahead of parliamentary elections expected later this year.

On Tuesday, the court suspended and replaced the board of directors for the Justice First party a day after the same move against the Democratic Action party, one of the nation’s oldest and largest. It was part of a “necessary restructuring process,” the court said in separate rulings posted on Facebook.

On state TV, Mr. Maduro accused the opposition parties, which have controlled the National Assembly for the last five years, of robbing Venezuela of its wealth and plotting a foreign invasion aimed at ending his rule.

The National Assembly is the only branch of government Mr. Maduro doesn’t control. That will change with the next election, he said.

“With the popular vote we are going to remove them from the National Assembly,” Mr. Maduro said. “We are going to take them out.”

The United States and scores of other nations consider Mr. Maduro’s government illegitimate and recognize the congressional leader, Juan Guaidó, as interim president.

Henrique Capriles led the Justice First party in 2012 when he lost the presidential election to Hugo Chávez and again the next year after Mr. Chávez’s death in a contest against Mr. Maduro. Officials then banned Mr. Capriles from politics for 15 years, although he remains an important player behind the scenes.

Henry Ramos Allup, the leader of Democratic Action, said that he would not abide by the court’s ruling. A political ally of Mr. Guaidó, Mr. Allup accused the Maduro government of “hijacking” the party.

“Democratic Action is going to resist these acts of shamelessness,” Mr. Allup said.

The court days earlier seated a new elections council ahead of a vote expected this year in a battle for control of the National Assembly.

The unilateral appointments to the council were especially disheartening to some moderate opponents of Mr. Maduro who had been trying to reach an accord with the government for minimal guarantees for a free and fair vote.

Officials have not set a date for the election, which is required this year by the nation’s Constitution.

Inside the PGA Tour Bubble, Silent Fairways and Mounting Cases

Days After a Wedding, a Dead Groom and Dozens of Coronavirus...

Musicians Playing Through the Lockdown, to One Listener at a Time

To Survive, Venezuela’s Leader Gives Up Decades of Control Over Oil