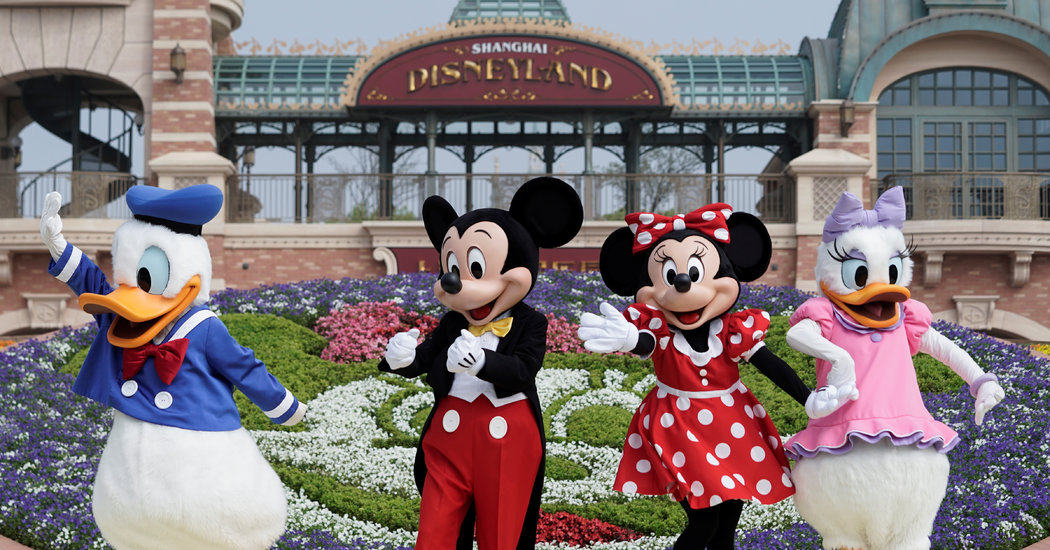 The Walt Disney Company has decided to close Disney English, a 12-year-old chain of 25 language schools in China, ending a once-promising business that, at times, prompted questions about education as brand building.

The learning centers, in six cities and using Disney characters like Mickey Mouse and the Little Mermaid in their curriculum, have been closed since late January, when the Chinese government began to take aggressive efforts to contain the coronavirus. Traditional schools have been allowed to slowly reopen, but some supplemental education centers, including Disney English, have remained closed.

Mahesh Samat, Disney’s executive vice president of consumer products commercialization in the Asia-Pacific region, told parents in a letter on Monday that Disney English had made the “difficult decision” not to reopen. The chain was founded in 2008, when China’s fast-growing middle class had created increased demand for English-language learning. Disney developed the curriculum in partnership with Columbia University.

“Over the past few years, we have noticed a shift in consumer preferences toward online learning experiences and this trend has been accelerated by the global pandemic as families are hesitant to resume in-person supplemental learning classes,” Mr. Samat said in the letter. “We are proud of our award-winning Disney English language learning program in China, which has welcomed more than 100,000 learners.”

He added that Disney was “taking care of each and every” teacher affected by the decision but did not specify how. Advance-paid tuition will be refunded. The learning centers, aimed at children ages 2 to 12, charged roughly $2,000 annually for about 100 hours of instruction.

A spokeswoman for Disney Parks, Experiences and Products, the corporate division that housed Disney English, declined to say how many students were enrolled or whether the centers were profitable. Disney noted that parent surveys over the years showed “consistently high satisfaction,” as did comments on Chinese social media sites after the closing was announced.

Disney English used characters and stories in its curriculum and in school décor, leading some critics of the entertainment conglomerate to view the centers as less about teaching language skills and more about cultivating future customers. Disney English was started at a time when government limits on foreign media made it difficult for Disney and other Hollywood studios to distribute movies and television shows in China. Shanghai Disneyland was still years away from opening.

The notion of the learning centers as a type of Trojan horse always made Disney executives bristle. “We never saw this as an effort to teach the Disney brand and Disney characters,” Andy Mooney, then the chairman of Disney Consumer Products, told The Wall Street Journal in 2009. “We set out to teach Chinese kids English.” Mr. Mooney left Disney in 2011.

As a business unto itself, Disney English never fulfilled its potential. The company at one point envisioned having about 150 locations in China by 2015 with annual enrollment of 150,000 children. Expansion into Brazil was discussed. In time, such plans were canceled, in part because of leadership changes at Disney. Chinese authorities at one point changed requirements for teacher visas, making staffing difficult. The government also made it more arduous for private companies to obtain educational operating licenses.

Making money by trying to make children smarter has proved tricky for Disney over the years. A technology-driven learning initiative called Disney Imagicademy, introduced with flourish in 2014, did not gain traction. And Disney sold the problematic Baby Einstein line of products in 2013.

The Athletic Lays Off 8 Percent of Staff

Iran Issues Arrest Warrants for Trump and 35 Others in Suleimani...

All The Batman Movies And TV Shows You Can Stream On...

Millions Had Risen Out of Poverty. Coronavirus Is Pulling Them Back.