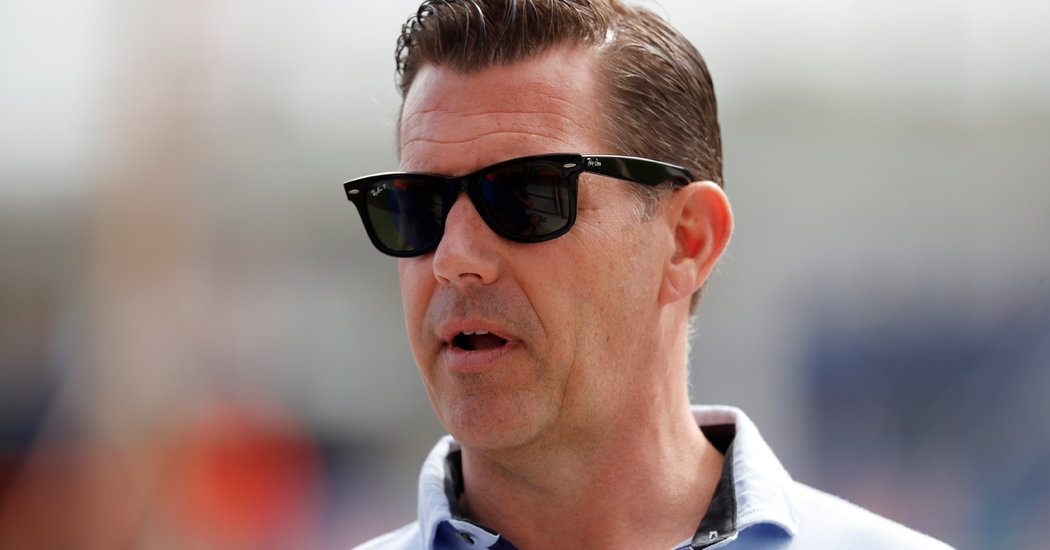 “So if we can pick up where we left off and go through a 60-game sprint,” Brodie Van Wagenen, their general manager, said on Monday, “I think we’re going to be in a position at the end that we’ll be happy with.”

It’s a fun little factoid, isn’t it? No other National League team, even the eventual World Series champion Washington Nationals, was better than the Mets in those final 60 games of 2019. (The Los Angeles Dodgers were also 39-21.) If the Mets simply do it again for Major League Baseball’s upcoming mini-season, they will be playing this October.

Of course, as you’ve noticed, the world has changed since those final 60 games last summer. The coronavirus pandemic shuttered spring training in mid-March, and as teams prepare to host three-week summer training camp at their home ballparks, uncertainty reigns.

Several players announced Monday that they would not be playing this season for personal safety reasons, including Ryan Zimmerman and Joe Ross of the Nationals, and Mike Leake of the Arizona Diamondbacks. The Minnesota Twins informed two coaches — Bob McClure, 68, and Bill Evers, 66 — that they would be sidelined for the season, citing health concerns. McClure and Evers will retain their salaries, but the players may not.

For their part, all of the Mets are planning to travel to New York in time for the first workout on Friday at Citi Field, Van Wagenen said, adding that only one player on the 40-man roster, whom he did not name, had tested positive for the coronavirus.

To keep it that way, Van Wagenen emphasized repeatedly on a conference call with reporters, the players will have to act responsibly. Playing during a pandemic, while adhering to more than 100 pages of detailed safety protocols, will require diligence and self-control.

“We all want to play baseball; I know that the fans want to watch as much baseball as they can,” Van Wagenen said. “That’s what we’ve all got to work for. Provided we can all work together to comply with these protocols and respect each other, respect the rules, I’m optimistic that we can make this happen.”

Van Wagenen sells optimism; his win-now vision for the Mets convinced the Wilpons to hire him before last season after a successful career as an agent. His biggest trade — two top prospects and three others to Seattle for second baseman Robinson Cano and closer Edwin Diaz — was a flop, but now he has a reprieve in the designated hitter, which will be used in the National League this year.

Cano, 37, posted a meager .736 on-base plus slugging percentage last season. It was his worst figure since 2008, and injuries held him to only 107 games. Now, with introduction of the universal D.H., Cano can spend time there as one of several strong options for the new manager, Luis Rojas.

“We feel like our lineup can be as deep as anybody’s in baseball,” Van Wagenen said. “We think we have punch. We think we have guys that can impact the game with the bat, so we’re looking forward to utilizing the D.H. spot both to protect our guys’ health and to put up some offensive force.”

Van Wagenen said he was optimistic — there’s that word again — about Yoenis Cespedes, who had surgeries on both heels in 2018 and missed last season after fracturing his right ankle in an incident involving a boar at his ranch in Florida. By the time of the 2020 opener, on July 23 or 24, it will have been more than two years since Cespedes’ last major league appearance.

Even so, Van Wagenen said, “His bat can be a real impact and be a little bit of a separator for us as we compare ourselves to the rest of the teams in the league.”

Cespedes, a two-time All-Star, has lifted the Mets in late summer before, sparking their run to the World Series in 2015 and helping them to a wild-card appearance the next October. How much he has left, at 34 years old after so much inactivity, will be a fascinating subplot.

Starter Noah Syndergaard will miss the season after having Tommy John surgery, but the Mets have five experienced starters: the two-time reigning N.L. Cy Young Award winner Jacob deGrom, Marcus Stroman, Steven Matz, Rick Porcello and Michael Wacha, plus Robert Gsellman and Seth Lugo as multi-inning options out of the bullpen who should play pivotal roles.

“We may see shorter starts from certain pitchers early on in the year,” Van Wagenen said. “We may see bullpen arms pitching in situations earlier than they otherwise have been accustomed to. But we’re going to use it with the mind-set that every out counts, not just every inning.”

To be precise, every game counts 2.7 times more than usual in a 60-game season. It will be different and exciting, Van Wagenen said — but it will work only if the players and the staff take the perils of the pandemic seriously.

“We’re not going to create penalties or fines for players when they leave the ballpark,” Van Wagenen said. “But we trust them, they trust us, and we trust each other. That’s how we feel like we’re going to get through this in the best way possible.”

5 Killed in Hostage Crisis at Church in South Africa

Greyhound Ending: What Happened At The End Of The Tom Hanks...

An Olympic Showdown: The Rising Clamor to Postpone the Tokyo Summer...

PS5 specs, release date, controller and more: All the latest on...

In Hong Kong, Anxiety and Defiance Over Trump’s Move to Cut...

The Nationals Beat the Astros. They Still Feel Overshadowed.

Could a Merger of Men’s and Women’s Tennis Come Out of...